Our sports betting tipster looks at five of the best ever cricket matches between England and Pakistan... 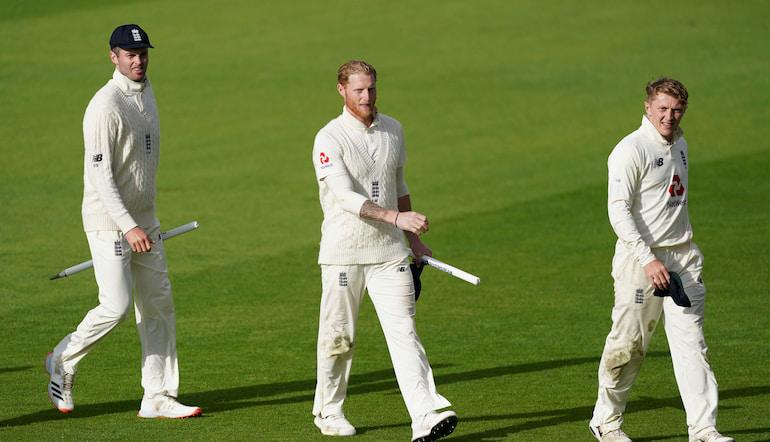 The history of England and Pakistan’s Test match bouts features classic matches, controversy and more than its fair share of heroic performances.

Their upcoming series in the summer of 2020 is unique, being played in a biosecure bubble with no crowds.

Often hard to choose between the two teams when it comes to cricket betting, Test series between England and Pakistan are, more often than not, fiercely competitive.

Pakistan always have talented players, and this tour is no different. They bring an exciting crop of fast bowlers and a batting line-up far superior to the West Indies, who suffered a 2-1 defeat in the first Test series of this shortened summer.

888sport brings the best cricket betting tips. On this occasion, though, it’s a look back at what has gone before and the greatest matches ever played between England and Pakistan…

England’s first innings score of 326 at The Oval in 1996 looked semi-competitive. When Pakistan followed up with 521 declared, thanks to centuries from Saeed Anwar and Saleem Malik, the hosts were under serious pressure to stay in the match.

Facing Wasim Akram and Waqar Younis, it was time for a rearguard action from England. They entered the final day needing to bat time.

The top three of Mike Atherton, Alec Stewart and Nasser Hussain started in the right manner, all occupying the crease and taking time out the game.

This match is best remembered for a marathon spell from Mushtaq Ahmed, who bowled uninterrupted from one end after coming on in the 10th over of the day.

Mushtaq challenged the batsmen throughout, keeping the rate low and eventually causing an England collapse. He finished with six wickets, and Pakistan knocked off the runs required to win the match.

In the days of uncovered pitches, the 1974 Test series, and specifically the second Test at Lord’s, became a point of sporting controversy.

Pakistan were comfortable at 51-0 in the first dig. Rain came, as it so often does in the English summer. Regulations in the mid-1970s were rather different to now – the pitch was required to be uncovered during the dodgy weather.

Pakistan came back out to bat at the pitch has become almost unplayable as they slumped to 130 for nine declared.

The rain returned just before Pakistan batted for a second time. Deadly Derek Underwood was too much for the Pakistani batsmen, taking 8 for 51 at an economy of 1.46.

Luckily for Pakistan, further rain took away any chance of an England victory. The tourists were furious at the new covers being used at Lord’s, which ended up letting plenty of water onto the track.

An obvious pick on our list of the best England cricketers, Pakistan were on the end of one of Ian Botham’s greatest performances in the 1978 series.

England were leading the series 1-0, but at 134 for five, they were on the brink of a match-losing collapse. Botham strode to the crease in a moment when England needed something special.

He, of course, delivered. Scoring 108 off barely more balls, Botham smashed England into a strong position. They were eventually all out for 364.

Typically, Botham followed up his century with a majestic bowling performance. Pakistan were all over the place as the all-rounder claimed his career-best figures of 8 for 34.

A match that swung from one team to the other and back, England’s win in Karachi in 2000, as the night drew in, is one of their most iconic wins.

The imagery from the closing moments of the match, the lights of the celebrating dressing room illuminating the pitch, are locked into the memory of any England cricket fan.

Led by centuries from Inzamam-ul-Haq and Mohammad Yousuf, Pakistan compiled 405 in the first innings.

They shouldn’t lose from that position, and England’s slow 388, featuring a typically gritty knock from Atherton, left little time in the match to force a result either way.

On a wearing pitch, England wrestled it back in their favour. Pakistan crumbled to 158 all out, setting England a gettable target on the final day.

Scoring at pace was important in the final innings. Atherton and Marcus Trescothick got off to a strong start before a brilliant partnership from Graham Thorpe and Graeme Hick.

Misbah-ul-Haq was one of cricket’s most likeable figures. He led a strong Pakistan team to England in 2016, and quickly made his mark, becoming the oldest Test captain to score a century in the first match of the series.

The series was enthralling throughout. Pakistan’s 75-run victory in the opening match set the tone, and Misbah’s press up celebration soon became a feature of his Pakistan team.

It began with him enjoying his century and was repeated by the entire team after victory.

There’s an array of betting online options for the 2020 England vs Pakistan Test series – will it be as entertaining as the last time the two teams met in England?