England will already be planning for the next Ashes series - what is the key to regaining the urn against Australia? 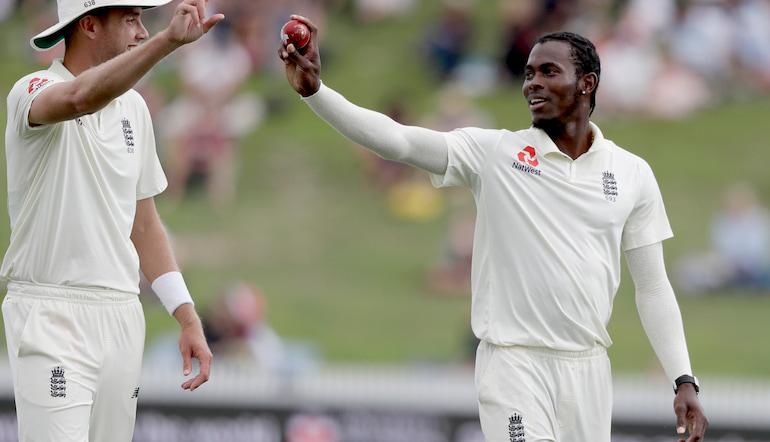 England’s World Cup success in 2019 was the result of a four-year process. Earlier in the decade, they reached number one Test team in the world after a similar procedure, a period focused on one clear goal.

A major part of that was winning an Ashes series in Australia, which they did emphatically in 2010/11.

The Chris Silverwood era will be different to the Trevor Bayliss years, and Silverwood is expected to oversee a climb in the Test rankings.

The Ashes, as the most prestigious Test series, will always be a part of that, and selection decisions are often seen through the win-in-Australia filter.

England, barring a spectacular turnaround, will not be the cricket betting favourites when they head to Australia in late-2021. It’s a rare feat, only achieved twice since 1980.

Strength in depth in the bowling department gives England options, and potentially some challenging decisions to make with their long-time new-ball duo.

Projecting 18 months ahead for players deep into their thirties is a helpless task. That is exactly what England will be doing with Stuart Broad and James Anderson, their two leading wicket-takers in Test match history.

Anderson has been struggling with injuries for the first time in his career, missing all but a few overs of the 2019 Ashes and the winter tours of New Zealand and South Africa.

Broad, while still performing at a high level, celebrates his 35th birthday a few months before the 2021/22 Ashes begin.

Away from decline and physical health, Broad and Anderson might not be in England’s best XI for the next Ashes.

Fitting both into the bowling attack is unlikely. They could make the squad, however, and rotate as the experienced seamer.

If available, though, leaving one, or both, out will is a big call, even for two players nearing their career sunsets and with less than stellar records in Australia.

Without the hooping Duke’s ball and limited grass on the pitches, raw pace is a requirement in Australia. Ben Stokes as a fourth seamer is huge, providing England protect him over the coming months.

Managing the mileage on Mark Wood and Jofra Archer might define England’s chances. Wood was back to his best in South Africa, while Archer has been sidelined after an epic summer.

There’s a wonderful crop of fast bowlers across the world right now, including England’s World Cup winning pair, and that can only be good for the state of Test cricket.

Olly Stone and Saqib Mahmood have been involved in the England setup and will be eyeing up a spot on the plane. George Garton is a name to look out for, too.

In the intensity of an Ashes series, England will need a group of quicks. Archer and Wood will be the first choice if fit, but developing younger arms is just as important.

Stokes’ presence, as always, is crucial. He can hit 90 mph and should enable Joe Root to share the workload and avoid lengthy spells for his frontline seamers.

Two of the aforementioned quintet and one of Broad and Anderson (or perhaps Chris Woakes) is a good framework for England to build towards.

Dom Bess showed promise in South Africa, but few would argue he’s ready to be England’s number one in an Ashes series. Adil Rashid is sticking to the white ball. England have proved reluctant to play Matt Parkinson.

Away Ashes series are seldom kind to English spinners. Moeen averaged 115 in 2017/18, Graeme Swann’s average was over 50 in Australia, 23 runs higher than overall.

Australia will attack the spinner, they will look to hit a few into the stands and force the quicks to come back. Dealing with such brutality requires a combination of grit and skill on wickets that will not favour off spinners.

Ideally, England pick a spinner who bat at eight and hold an end up, leaving the wicket-taking to the four quick bowlers. Root can provide some tidy overs if required.

Who will stake their claim as England’s premier spinner over the next year and a half? Keep up to date with news, tips and more about cricket on our blog.

The batting line-up has been neglected thus far. That’s partly because there’s less of a ‘horses for courses’ approach, but England have also developed the outline for a batting order that could be locked in long-term.

Dominic Sibley and Zak Crawley are in the rookie days of their international careers, and have looked good, but it’s too early to guarantee their spots for the next Ashes.

Rory Burns showed concentration and grit in the summer, though troubles with the short ball are a concern for a five-Test series down under. It would be great to see Haseeb Hameed work his way back.

Ollie Pope, Joe Root and Ben Stokes will occupy the middle order with Pope possibly up to three in 18 months’ time.

Jonny Bairstow and Jos Buttler are searching for red-ball form - England are clearly keen to keep the two white-ball stars involved in the longest format.

The batting depth is thin. There’s not a long queue of players piling up runs in county cricket. England were trending in the right direction this winter, though, and they have the nucleus of a superb line-up in Pope, Root and Stokes.

England already had batsmen who light up the cricket IPL odds. They are starting to develop a proper Test line-up capable of toppling Australia.