Can Darwin Nunez Be Liverpool's Next Luis Suarez?

Liverpool are on the verge of signing Darwin Nunez from Benfica. Can he emulate compatriot Luis Suarez and be a hit at Anfield? 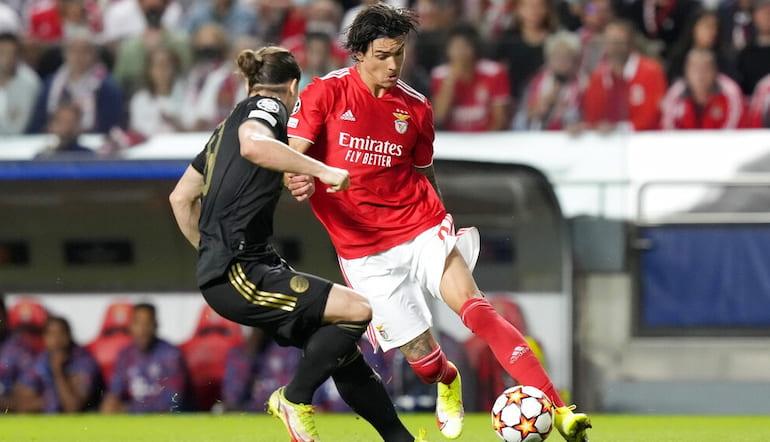 Is Darwin Nunez the best Liverpool striker since Luis Suarez? @SamRCox_ looks at the Uruguayan amid rumours of a blockbuster move to Anfield...

Liverpool might be waving goodbye to Sadio Mane this summer, and Mo Salah’s contract situation is no clearer.

Investment in the forward line was necessary even with the recent addition with Luis Diaz. Darwin Núñez is the man Liverpool are turning to.

The club have reportedly agreed terms with Núñez, though they are yet to come to an agreement on a deal with Benfica. It seems like the eventual fee will be just shy of £90 million.

Having had a breakout campaign in Portugal, Núñez was always going to be at the forefront of transfer betting this summer. He was linked with Manchester United and Arsenal, but Jurgen Klopp’s Liverpool are set to win the race for Uruguayan.

Núñez’s path to becoming one of the most prized players in the 2022 transfer window is slightly unusual. His performances were promising, but not stunning, during his days with Penarol.

Almeria took a chance on him in Spain’s second tier, and his 16 goals were enough to catch the eye of Benfica. Both Jorge Jesus and compatriot Luis Suarez have spoken highly of him, yet his first campaign in Portugal was unspectacular.

While his development has been enough to catch the eye, it wasn’t until 2021-22 that Europe’s wealthiest clubs started showing interest. West Ham and Newcastle reportedly had efforts to sign him rejected in January.

Ligue 1 football prediction favourites PSG and Premier League powerhouse Chelsea were both rumoured as destinations despite their loaded front lines.

Núñez primarily operated as a central striker for Benfica in 2021-22, but he is just as comfortable playing from the left flank. It’s convenient, then, that Liverpool are about to see their long-time left winger depart the club.

The circumstances of Núñez’s signing are very different to when they splashed on Suarez and Andy Carroll after selling Fernando Torres to Chelsea.

The club is in a far better position both on the field and from a player development perspective, but there are still similarities.

Like Núñez, Suarez was not an out-and-out centre forward upon his arrival, and it was a risk. During his time at Barcelona, Suarez urged the club to sign his Uruguay teammate.

Instead, Núñez, like Suarez, will arrive in Liverpool replacing a player who had provided the Kop with a catalogue of great moments.

What Are Liverpool Getting?

Turning 23 later this month and with only one really productive season at the top level, Núñez isn’t the finished product. This isn’t Liverpool’s direct answer to Manchester City signing Erling Haaland.

Then again, Suarez had work to do when he arrived at Anfield, and Liverpool have a sensational player development record under Klopp.

Mane, Salah, Diogo Jota and Roberto Firmino have all taken their games to new levels at the club (and that’s not to mention the success stories in other positions).

Standing at 6’2, Núñez has the frame of a traditional number nine. He’s far from a penalty box poacher, though, and one of the most eye-catching things when watching him is his pace.

He's not only got a high top speed; he accelerates far better than most players his size, able to burn defenders when given space to attack. 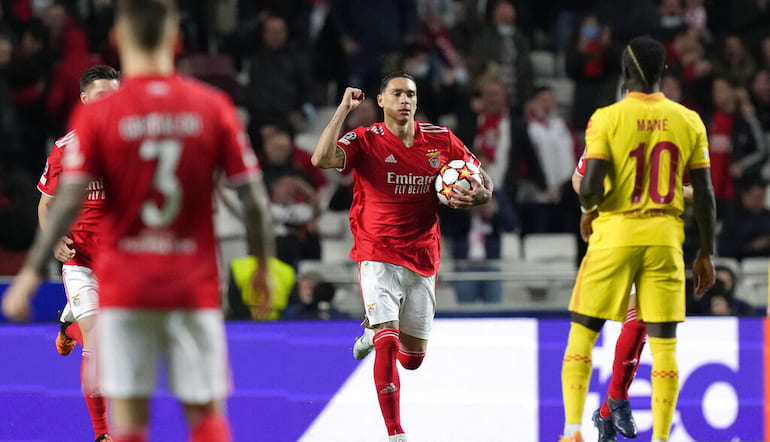 The decision-making can be poor. Núñez’s back to goal play is a work in progress – he’s a long way from Firmino as a link-up man if he’s used in the middle of Liverpool’s front three.

In addition, he is prone to giving the ball away, as illustrated by a 67.1% pass completion in Liga NOS last season. Jota’s 74.9% was the worst in Liverpool’s squad.

Liverpool’s sports betting backers are going to be frustrated by Núñez at times.

Smarter Scout, as shown in The Athletic, adjusted Núñez’s statistical output to Premier League standards, and it reflects a player capable of tormenting defences, albeit with clear flaws.

He was given a score of 11 out of 99 for ball retention, yet ranked 90 or higher in shot volume, receptions in the box, ball carry volume and expected goals from ball progression.

Liverpool are planning to prepare an opening, verbal bid for Darwin Núñez to test water with Benfica. Proposal could be around €80m with add-ons. Manchester United also in contact with Núñez’s agent. 🇺🇾 #LFC

Both clubs guarantee they have no intention to enter into bidding war. pic.twitter.com/pH559Xnpuy

Núñez can generate opportunities through his ball carrying, though his passing is a clear weakness at the moment.

Klopp may pick and choose his matchups for Núñez early on, and will likely experiment with him both from the left and through the middle.

He has been at his most dangerous when given space to run in to on the break, a luxury Liverpool are seldom afforded.

The Uruguayan is unlikely to be a candidate to be your FPL captain during his debut Premier League season. This is a signing for the long-term, for a future without Firmino, Mane and Salah.

That’s not to downplay Núñez’s potential in 2022-23 – he’s going to play considerable minutes, and could take another leap if his current steep development curve is anything to go by.

This is a signing for Liverpool fans to be excited about. Núñez might not reach the heights of Suarez, but history would suggest he’s unlikely to go the way of other high-profile forward signings in the Premier League.

The history of transfers of this ilk is patchy at best. Romelu Lukaku has disappointed to varying degrees at Manchester United and Chelsea. 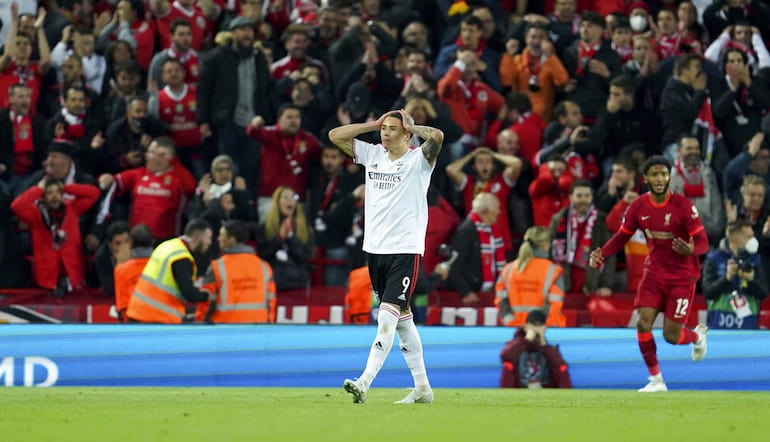 Liverpool have earned trust when it comes to their recruitment and their ability to nurture players.

Premier League predictions are unlikely to tab Núñez as a Golden Boot candidate in his first campaign, but the stability at the club, and their unwavering identity under Klopp makes the process of adaptation far smoother than many others have gone through in much less functional situations.

By the usual standards when splashing transfer fees of this size, Núñez is relatively unproven. The total outlay might not be as outlandish as some deals, however, with Núñez’s wages unlikely to shatter Liverpool’s wage structure.

Liga NOS has been a proving ground for some of the world’s best, from Ederson and Bernardo Silva to Cristiano Ronaldo and Bruno Fernandes.

Transfers from Portugal have been hit and miss overall, though. Stepping up to the Premier League can unearth and exaggerate flaws in a player’s game, but Núñez is moving to the right club to succeed.

A transfer for a player with a limited track record deserves a degree of caution. On the other hand, what we know of Núñez’s game, his personality and Liverpool’s history with similar deals, suggests this will be a success.

Reaching Suarez’s level is another question altogether – if he’s 70% of the player Suarez was on Merseyside, this deal will be a triumph.