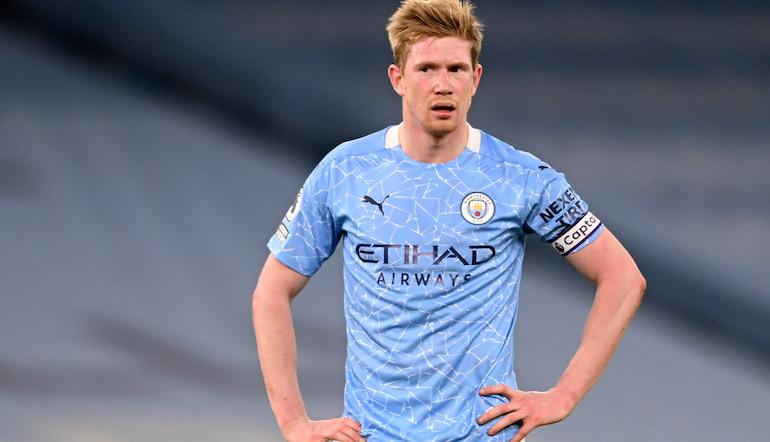 One of the most naturally gifted players on the planet, Kevin de Bruyne is a special talent and football betting fans know just how important he is to Manchester City.

As good as City are, Pep Guardiola’s side are that bit sharper with De Bruyne in the team and an injury to the Belgian could derail their lofty ambitions.

The Citizens are competing on multiple fronts and they will need De Bruyne to be 100% fit as we enter the business end of the campaign.

Here, we take a look at the Kevin de Bruyne injury record and discuss the latest updates, news and return date information for the Manchester City star.

The Belgian has struggled with injury issues since moving to the Etihad Stadium, suffering 13 separate setbacks – 12 of which have forced De Bruyne to miss matches.

A knee injury sustained in January 2016 kept the City midfielder out of action for over two months though De Bruyne was instrumental in the final stages of the campaign.

Unfortunately for City, De Bruyne’s setbacks have often forced him to spend a substantial spell on the sidelines.

He has missed 10 or more successive club games on three separate occasions during his time at City, with two of those setbacks due to a ligament injury.

Since missing seven matches due to a hamstring injury in January 2021, De Bruyne has been injury free and Man City fans will be praying that he is over his injury woes.

Fans often tune into Pep Guardiola’s press conferences fearing bad news on the De Bruyne injury front – such is his history and misfortune with recurring issues.

With some questioning De Bruyne’s form and a potential burnout, Guardiola has been wise enough to give the Belgian plenty of rest in some of the ‘lesser’ Premier League games.

In essence, De Bruyne’s current injury status is available. While you never quite know what is going on behind the scenes, the City midfielder has been playing on a regular basis.

Often the topic of discussion among those making expert correct score prediction tips, De Bruyne’s fitness can be the difference between a comfortable City win or a tight affair.

When De Bruyne is 100% fit and healthy, he is on another level compared to his peers. It wouldn’t be a huge surprise to see the Belgian clinch a first Ballon d’Or award if he avoids picking up a long term injury in the future.

Man City fans will be nervously checking the latest De Bruyne injury news updates on a regular basis as we enter the business stage of the season.

With the Citizens chasing multiple honours, De Bruyne injury updates are crucial for fans as well as football punters looking to place a bet on Manchester City.

If you are looking for football injury news, 888sport previews and expert football tips can help punters to make an informed betting prediction.

De Bruyne is one of those players who can have an impact on betting odds and the Belgian’s status in the Manchester City starting line-up certainly enhances their chances of victory.

At the time of writing, Kevin de Bruyne is not on the injury list and the midfielder is available for Manchester City’s upcoming fixtures.

He has returned from international duty with Belgium in fantastic form and Pep Guardiola will be expecting big things from the Man City talisman.

De Bruyne is Manchester City’s midfield maestro and any decent football prediction website will know that his health is key to their chances of an unprecedented quadruple.