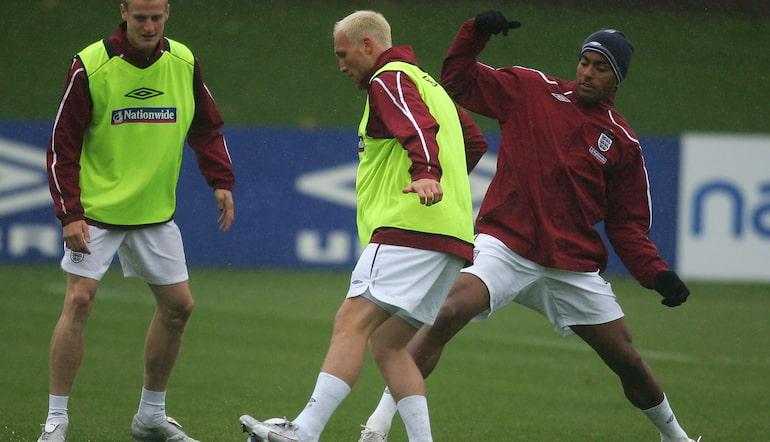 Speaking to 888sport, Ashton claimed: “They have shown the quality to be taken seriously in this race. The injury to Declan Rice is a badly timed one but of all those competing for the top four they have been the most consistent.

"So there’s no reason to think why they shouldn’t have every opportunity to make the top four.”

Should the happy Hammers ultimately secure their objective it will surely go down as one of the biggest football betting surprises in recent times while praise will rightfully be lavished on David Moyes for masterminding the remarkable achievement.

Ashton is pleased for the previously maligned coach who is now in the process of transforming his reputation.

“He’s changed a lot of people’s views on him as a manager after a very difficult time at Manchester United and other clubs. That shows not only his character but it’s impressive too how he’s gone in there and changed the player’s mentality.

"The recruitment has been very good and he has to take a lot of responsibility for that because clearly he’s had a lot of input to get the players he wanted to create the right environment."

One such player who has made a significant difference is Jesse Lingard who was fast becoming a forgotten man at Old Trafford until a loan spell down south has seen him revive his career in spectacular fashion.

“For Jesse Lingard to have the impact he’s had – to go from not having any football at Manchester United and pretty much being written off – to coming into the club with the fitness levels he’s shown is a testament to his dedication to his craft given the condition he’s in.

"He has barely missed a minute of football. Also, there’s his mentality too. He is clearly desperate to prove people wrong and since January nobody has been involved in more goals than Lingard. That is staggering.”

It is a turn-around in fortunes that has led to the midfielder returning to the England fold and his rediscovered form is certainly timely, with the Euros on the horizon. Might he find himself selected in Southgate’s final 23?

“Right now, Lingard is in Gareth Southgate’s first team. Something drastic will have to change for that to be different. He’s already earned his spot back in the side and I think Gareth really likes him as a player and as a person.”

Another pivotal figure behind West Ham’s vintage season is Declan Rice who many believe is a person of serious interest to Chelsea and Manchester United with a big-money move to one of the most successful clubs in England imminent.

Unless that is, the Hammers manage to pull off their dream campaign.

“For Declan Rice to captain West Ham – as he will do – in a Champions League campaign will be more than enough to keep him at the football club.

"Because he wants to play at the top end of the game, in the Champions League and looking to win trophies: that’s his aim as it is for most players.

"If they don’t grab fourth then there will be a question mark over his future across the whole summer. It would take a very big offer for West Ham to let him go though.”

Ashton remains a fan favourite in East London after several seasons banging in the goals and he would surely have added to his single England cap had injury not cruelly ended his career prematurely at the age of 26.

On the subject of the Three Lions he is candid and fascinating, first off insisting that Harry Kane remains under-appreciated by his own countrymen.

“Maybe because we see Harry Kane so often and maybe because he’s been in a side that hasn’t won trophies, we don’t view him in the light that we should.

"He is right up there with the likes of Lewandowski in terms of top strikers in world football. His numbers are quite incredible and especially when you consider how late he came into the Premier League.

"He’s on his way to being the best we’ve ever seen in the Premier League and with England too. That just shows what an unbelievable talent we’ve been lucky enough to see in an England shirt.”

Perhaps then, with Kane up front and a reinvigorated Lingard scheming close-by while the in-demand Rice shores things up centrally, England supporters might justifiably fancy their sports betting chances of winning an international tournament this July for the first time since 1966?

Alas, no. Ashton has been positive throughout our conversation, in addition to being likeable and engaging. Now though comes a sting in the tail.

“What was great about the World Cup was the lack of expectation. We knew we were pretty crap so we all went into that thinking, ‘well we have some young players here, let’s see how we get on’. Anything else was a bonus.

"I liked that attitude, but this feels like the old England where we’d go into tournaments as Euro 2020 betting favourites and we feel like we will win it but we’re still only okay.

"We haven’t beat any great nations since Southgate has taken over and I’d rather go back to being humble and excited for being there. It’s the expectation that generally kills us.”

Who will win the Premier League Golden Boot?

Who will win the Euros this summer?