Debunking The Emptihad Myth: One Of The Biggest Non-Stories In Football 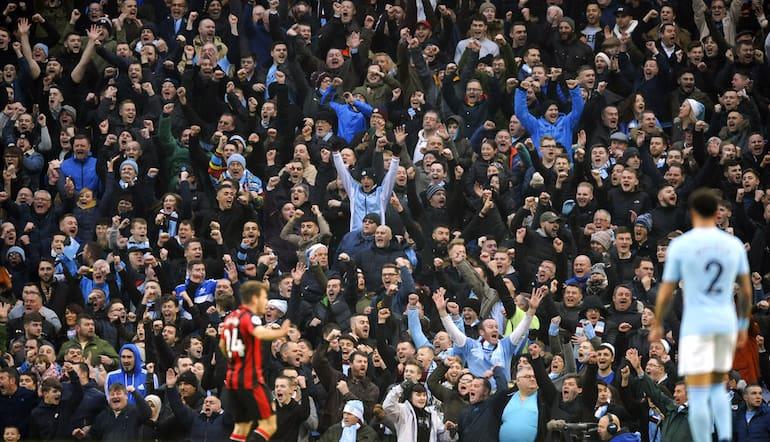 It is not at all subjective to state that Pep Guardiola has conceived and created a fabulous football team in Manchester City, one that has come to dominate the domestic landscape.

With arguably the top-flight’s finest talent Kevin De Bruyne conjuring up magic on a weekly basis, the Blues have won silverware in abundance in recent seasons and according to our latest Premier League betting odds, are strongly fancied to again claim a league crown. It would be their fifth in six years.

What a shame it is therefore that so few spectators get to enjoy this supernatural football, that is typically played out in front of a half-empty Etihad Stadium.

That is, at least, the mischievous trope that regularly does the rounds on social media and beyond.

In 2020, the font of footballing knowledge that is Talksport’s Jamie O’Hara insisted that City had become too big for their die-hard fanbase, resulting in the club being unable to fill its ground.

Twelve months later, Jamie Carragher visibly scoffed on-air at the inclusion of City during a discussion about the best atmospheres for European nights. “The Emptihad?” was his incredulous response.

Soon after, to demonstrate how this fallacy has seeped into the national subconscious, Jim Beglin got into hot water after accidentally using the tired old jibe when referring to City’s ground during commentary.

And if this salacious hot-take is prevalent among the pundits and journalists it is alas ten-fold on Twitter, with ‘Emptihad’ thrown about aimlessly and daily.

Adhering to the platform’s unwritten code that if something cannot be proven it must be said especially loud, attendance counters routinely post photos of a cluster of blue seats as a ‘gotcha’ moment. 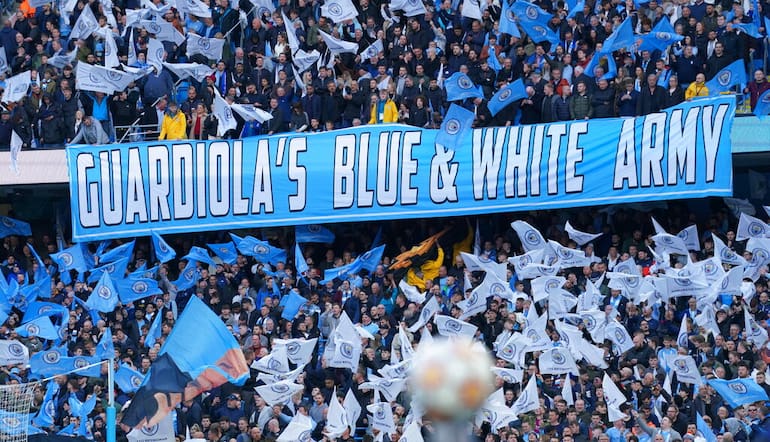 That it’s often a still of a half-deserted stand taken a good half-hour before kick-off doesn’t appear to matter, the same disregard for logic applying when pictures of the away end are put up.

When the club offer up discounted tickets meanwhile for local schools, it prompts an armageddon of banter.

What a shame it is therefore to acknowledge that this whole trope is nothing more than rumour and nonsense.

Planning permission to expand the North Stand has been in place since 2015. 👷‍♀️#BBCFootball

In comparison, Liverpool’s Anfield managed 98.3%. That’s right, over ten long months of a season, Anfield was fractionally less populated than the Etihad.

Bringing it up to the present we find that average dipped last season but perhaps this is not so surprising from a fan-base that is predominantly working class as we strive to get through a post-pandemic age. It was still however an average that trumped Chelsea by 6.7%.

To be clear, these are numbers pertaining not to how many fans attended but how full the ground was week in, week out. These are figures that comprehensively and conclusively show that the ‘Emptihad’ charge is a myth.

As too is the jibe’s little cousin, the allusion aired by visiting supporters that all those present are glory-hunters, new to the party. Where were you when you were rubbish, they sing, or words to that effect but again, the facts speak for themselves.

Languishing in the third-tier in the late-Nineties, an average crowd of 30,251 used to turn up at the club’s former home Maine Road to cheer them on against Lincoln, Macclesfield and the like.

That’s a phenomenal amount in the circumstances. Indeed, it’s a collective loyalty shown through terrible times that used to be widely associated with the club’s fans. Until the club got good that is.

In 2004/05 City enjoyed the third highest attendances in the Premier League, over and above Liverpool, Arsenal and Chelsea. That was four years prior to their transformative takeover.

The online betting has City down as favourites to clean up this season and, disproving a nonsensical fabrication, close to 55,000 will be there July to May to watch their supernatural football.

In short, the ‘Emptihad’ jibe is erroneous, put about by those who are desperate to find any stick to beat the Blues with. Don’t believe the hype.