Do we appreciate Kevin de Bruyne enough? Not for me - the Manchester City midfielder is still criminally underrated 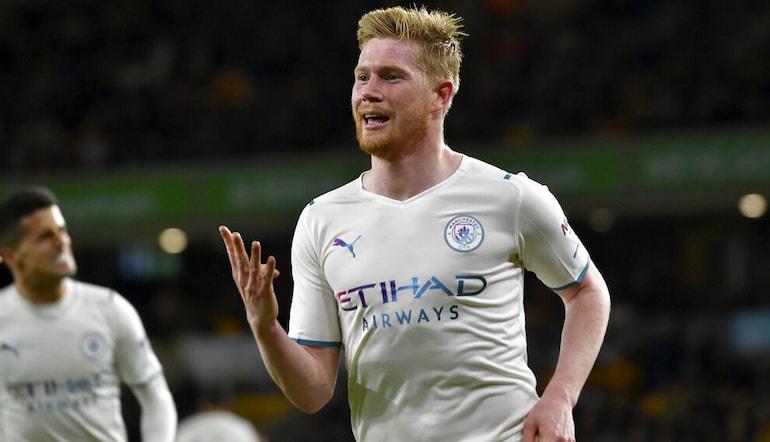 Kevin de Bruyne is the best player in the Premier League yet in many ways it still feels like he is underrated and underappreciated by the wider football community.

Voted twice as the Premier League Player of the Season, De Bruyne was outstanding in the second half of 2021/22 as Manchester City clinched their fourth title in five seasons.

The Belgium midfielder truly is a joy to watch when at his brilliant best, running the show and impacting sports betting odds from kick-off to the final whistle.

Man City fans supporters what they have in De Bruyne but do the rest of us fully appreciate just how talented he is? I’m not convinced we do.

For what it’s worth, De Bruyne ended the 2021/22 Premier League campaign with 15 goals and eight assists in 30 appearances – he was at the heart of City’s best attacking play.

You can make a case for Mohamed Salah in this discussion but for me, De Bruyne wins the debate all day long. It takes a special kind of player to control a football match.

And that is what De Bruyne does. We saw Paul Scholes do it at Manchester United for years, though you could argue the Belgian goes about his business in a more direct manner.

Just watch  Manchester City’s midfield maestro work and you'll see just why I believe he is miles clear of his peers as the greatest player in English football right now.

When the Premier League fixtures were released last week, I was disappointed to see City playing on Sunday afternoon – the sooner we see De Bruyne, the better.

And De Bruyne could be even better next season. With Erling Haaland arriving at the Etihad Stadium, the Belgian has a world class striker feeding off his infinite supply of creativity.

With the utmost respect to Gabriel Jesus, he isn’t on Haaland’s level and City supporters will be expecting big things from the Norwegian in 2022/23.

De Bruyne is likely to be the main beneficiary in terms of assists and he could surpass the 20 recorded in 2019/20 – a figure matched only by the legendary Thierry Henry.

Sometimes you just have to sit back and admire greatness and De Bruyne is now in that very exclusive group of players.

Up there with the likes of Lionel Messi, Cristiano Ronaldo and Kylian Mbappe, De Bruyne is box office and he would have no issue selling out a pay-per-view main event.

I’m not saying that De Bruyne is – or ever will be – as good as Messi and Ronaldo but he is a master of his craft in much the same way.

We’ve not seen a player dominate English football like this for many years, if ever. He is already one of the greatest Premier League midfielders and top spot is in his sights.