Who is Dennis Wise and how much is he worth? From his Chelsea days to recent role as an executive at Newcastle, we look at Dennis Wise net worth estimates... 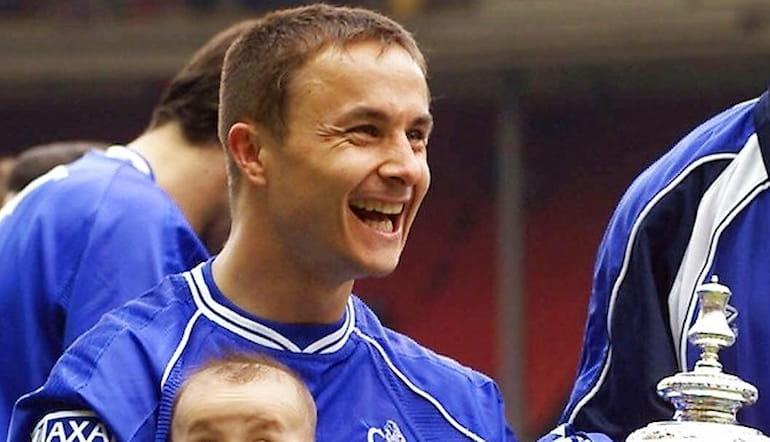 A tenacious midfielder and original member of the Dons’ ‘Crazy Gang’ controversy often accompanied a long career where the successes were largely found in the FA Cup.

Three times he lifted the famous trophy with Wise also reaching the final against all betting logic as player/manager at Millwall.

On retirement, punditry and various celebrity endeavours followed but the footballer nicknamed ‘Dennis the Menace’ always kept one foot in the game, taking on executive roles at Newcastle and later Como.

All of this and more have made Wise a wealthy individual.

Wise first made inroads into the professional game at Southampton, a club he would briefly go on to manage in a caretaker capacity many years later.

On the south coast, the head-strong youngster learned the ropes but fell out with his superiors, revealing he had a fiery temperament even then.

At the age of 18 he made a switch to Wimbledon and so began a remarkable period in his life, and a remarkable period for English football, as the self-styled ‘Crazy Gang’ earned promotion to the top-flight and achieved one of the biggest upsets in modern sport by beating Liverpool in the 1988 FA Cup final.

Wimbledon’s escapades both on and off the pitch gained widespread notoriety and Wise took a lot of that wild west mentality with him to the West End on signing for Chelsea in 1990 for a then-club record of £1.6m.

Yet, for all the folklore surrounding Wise the wind-up merchant, there was also a very decent player in there too, as evidenced by the player winning more England caps than Matt Le Tissier to name but one.

At Stamford Bridge, the midfielder captained a cosmopolitan side to domestic cup honours in addition to a UEFA Cup triumph during a pre-Abramovich era that had Chelsea emerge as a force to be reckoned with.

He left in 2001 having made the fourth most appearances ever for the club though at no stage did the Blues seriously challenge for the title. Our Premier League predictions anticipate that applying once again this season.

Stints at Leicester and Millwall came next, his experience proving invaluable at the latter, as the second-tier Lions finished runner-up in the FA Cup in 2004.

How Much Is Dennis Wise Worth?

The diminutive star is reported to be worth a cool £9m, a figure not wholly earned from two decades playing at the highest level but also from a series of successful property deals along with a substantial investment in a golf course.

The first half of Wise’s career was played out prior to the Premier League’s formation and the financial boom that hugely benefited its players but still good money would have been earned.

From 1992 onwards however – a period that saw Wise installed as captain at Chelsea with the added lucrative status of being an England international – his wages skyrocketed.

The highest earners in the top-flight multiplied from £10,000 a week in the early Nineties to £90,000 in 2002, the season when Wise dropped down a division to join Millwall.

Throughout this time, given his importance to a leading top-flight club, he would have undoubtedly been in the upper bracket of earners, undoubtedly bringing in an eye-watering sum each week.

After hanging up his boots in the mid-2000s, Wise donned a suit and moved ‘upstairs’ within the footballing fraternity, becoming a Director of Football at Newcastle.

An unpopular appointment with the locals, it was revealed soon after his departure that he was still being paid his £1.5m a year salary despite no longer being employed by the Magpies.

In a bid to improve his public image, the often divisive but never boring Wise agreed to go into the jungle in 2017 where he was initially considered one of the favourites in the I’m A Celebrity betting until accusations of bullying scuppered is chances.

Still, the rumoured fee just south of £100,000 would have been a welcome compensation for his time.

Punditry work for Sky has also boosted his income post-retirement and today Wise naturally enjoys the trappings of his success, residing in a £2m house in Buckinghamshire.

Wise met his future wife Claire at the height of his footballing prowess, the pair eventually marrying in 2004 after already having two children: Henry and Amber. A third child was born soon after, named George.

The former player is fiercely protective of his clan, barely mentioning them on the few social media posts he commits to though Henry is now in the public eye on his own merit, following his father into the professional game.

After coming through the ranks at QPR and Arsenal, Henry – now 22 – made his first and only appearance for Watford in the FA Cup in 2020, his outing making the national press due to a lovely synergy.

Way back in 2000, on lifting the FA Cup with Chelsea at the last final to be staged at the old Wembley, Wise paraded the trophy with one hand in front of a global audience and carried six-month-old Henry with the other.

The dad of three has spoken in the past of the immense importance he places in his family and it’s a concern incidentally that extends to all children.

At the turn of the century, the Blues skipper founded the Dennis Wise & Frankham Group, a charity that raises money for kids with disabilities.

Wise’s venturing into an executive role at Newcastle proved so disastrous that he himself has claimed that it ‘damaged’ his reputation for some time after.

Several years on though, he willingly undertook a similar challenge, this time at Serie B team Como under the remit of ‘technical consultant’. To this point, his do-over is going well, or at least much better.

Elsewhere, Wise has taken on a secondary task in sourcing young talent from Indonesia in his role as technical director of a long-term football coaching program called Garuda Select.

For the program Wise arranges games between academies of internationally renowned clubs and sides so obscure they don’t even appear in our extensive live betting markets.

The idea is to give players that ordinarily would go unnoticed a platform to perform.

Premier League Tips
Chelsea
About the Author
By
Stephen Tudor