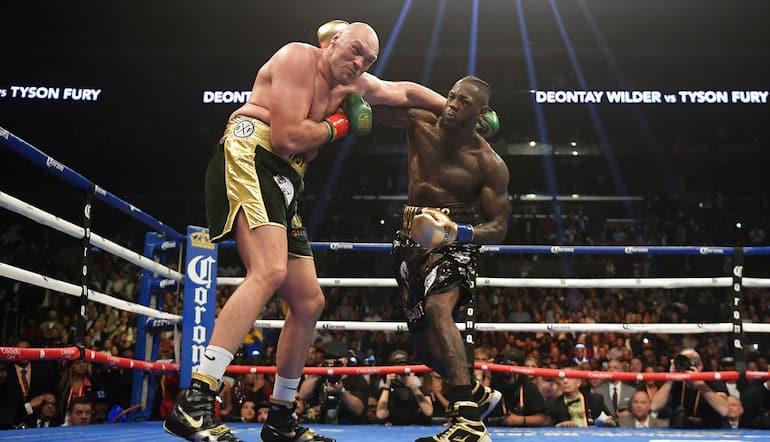 Deontay Wilder has been a dominant force in the heavyweight division in recent years, having held the WBO title for over half a decade.

In fact, Wilder had successfully defended his world heavyweight title in 10 bouts before the American suffered the first defeat of his professional career to Tyson Fury in 2020.

A huge event for boxing fans around the world, sports odds could hardly split the pair ahead of this eagerly anticipated rematch – with the first fight ending in a controversial draw.

‘The Bronze Bomber’ has one of the deadliest punches in heavyweight boxing history, with 41 of his 42 professional wins coming by way of knockout.

Back-to-back defeats to Fury have all but ended his chances of another world title, though Wilder could almost certainly retire with his financial future secure.

The Fury vs Wilder vs Joshua debate is more or less settled – Fury is some way clear of his peers at the top of the heavyweight boxing division.

Now in his mid-30s, Deontay Wilder continues to boost his hefty bank balance, with the Bronze Bomber a major draw in the heavyweight division over the past decade.

The American turned professional at 23 years old but has managed to build a sensational net worth figure of around £30 million.

The difference in some of Wilder’s fight purses is huge, with his double header against Luis Ortiz the prime example to look at.

Wilder made around £1.5 million from his first bout against Ortiz but earned closer to £15 million after the rematch – such was the hype and pay-per-view focus on the bout. 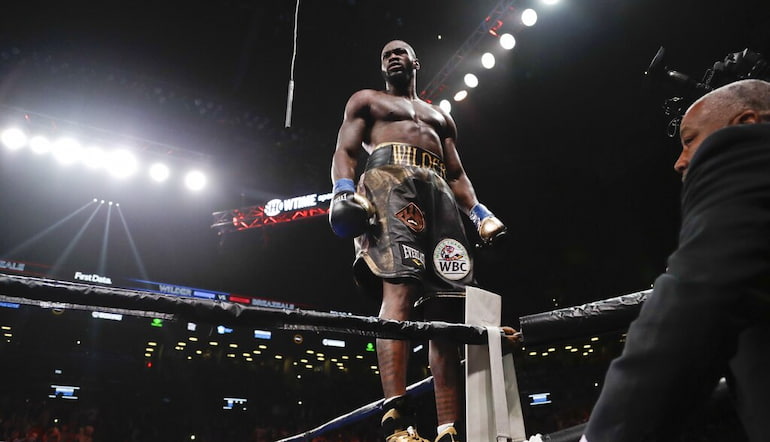 Since then, Deontay Wilder fight purses have hit new heights and Tyson Fury’s presence is a major reason for that.

The Tyson Fury rematch saw Wilder earn the biggest payday of his career, with around £24 million reportedly heading his way in the aftermath of that defeat.

According to Forbes, Wilder made around £33 million in 2021 and that figure shows just how profitable the Fury trilogy has been for the Bronze Bomber.

One of the best trilogies in boxing’s recent history, the Deontay Wilder vs Tyson Fury triple header grabbed the attention of sports fans around the world.

Two huge names in boxing betting tips over the past few years, all three fights were packed full of drama and excitement – with Fury coming out on top in the series.

The first fight took place at Staples Center, California in December 2018 and it featured one of the most astonishing moments in heavyweight boxing history.

Having been outboxed for most of the fight, Wilder unleashed a deadly combination in the final round to put Fury on the canvas. It looked like the fight was over…

We have no idea how but Fury got up and got through the fight but controversy struck as the judges announced the result as a draw – much to the dismay of boxing fans around the world.

The second bout was one-sided. Billed as Unfinished Business, Fury executed his game plan to perfection and forced Wilder’s corner to throw the towel in during the seventh round.

Having switched up his trainer and gym regime, Fury prepared in a completely different way and it seemed to take Wilder by surprise.

In front of a packed out MGM Grand, Wilder was not only outboxed by Fury but he found himself on the back foot throughout the fight – there was no arguing with the outcome.

The Bronze Bomber had no answer for his opponent and he took a lot of punishment in the ring before his corner made the decision to surrender.

Wilder got his rematch in October 2021 but Fury proved too strong once again – though the third instalment of the trilogy was the best of the three boxing bet bouts.

Once And For All was intended to settle the score between these two heavyweight titans and the Las Vegas crowd in attendance were treated to an absolute classic.

Described by some as one of the greatest ever heavyweight fights, Wilder and Fury danced for the best part of 11 rounds before the British fighter ended the fight with a sweet right hand to the temple.

After all the taunting and teasing, both fighters were full of praise for one another following the third fight and the legacy of the Wilder vs Fury trilogy is certainly positive.

Most leading sportspeople enhance their net worth and wealth via endorsement deals and advertising contracts and Deontay Wilder is no different in that department.

In fact, the former WBC world heavyweight champion has signed several agreements with some of the biggest sports brands on the planet – contributing to his total wealth. 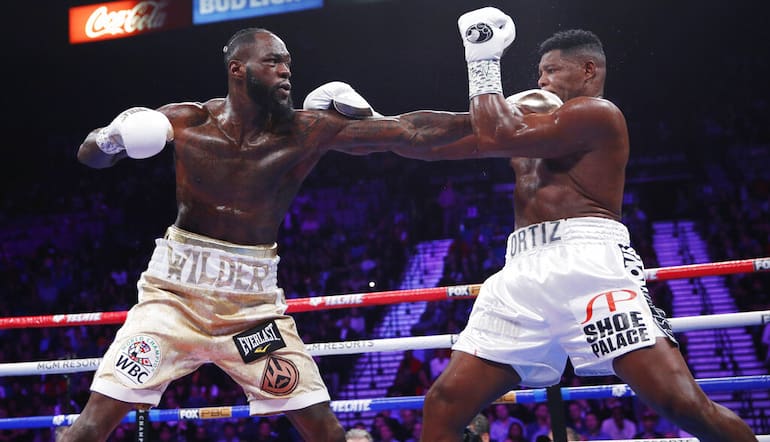 According to Forbes, Wilder had a lucrative deal with Raising Cane and the Bronze Bomber has been spotted wearing their brand on his fight uniforms on multiple occasions.

It is believed that Wilder has earned upwards of £400,000 through his sponsorship deals, with his links to Everlast Boxing and PureKana CBD boosting his total wealth.

Away from the ring, Wilder lives a luxurious yet relaxed lifestyle. His estate is spectacular, as you might expect, and his house is the crown jewel of his development.

Wilder and his family live in an Alabama mansion overlooking Lake Tuscaloosa, with the American boxer splashing out a hefty £1 million to purchase the property.

In addition, he owns a 6,300 square foot home in California and that property is valued at closer to £1.4 million. Deontay Wilder has done what he set out to do when he turned professional and his family are now set for life.

A massive car fanatic, Wilder has invested in several vehicles and motorcycles that further enhance his total net worth – his car assets alone are worth huge sums of money.

From his £300,000 Rolls Royce Cullinan to the latest Lamborghini Aventador, Wilder has one of the best sportscar collections in the boxing world.