Remembering Didier Drogba And His Outburst Against Barcelona In May 2009

The Ivory Coast forward's "it's a disgrace" rant landed him in hot water in May 2009 but was he right to lay into referee Tom Ovrebo? 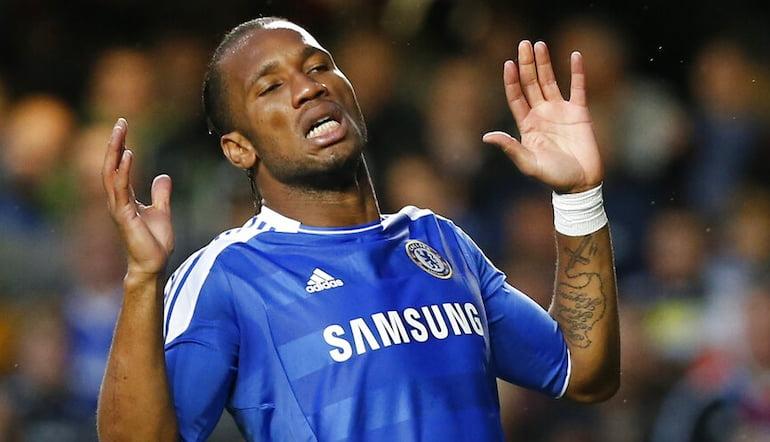 Football is an emotional game and emotions can sometimes get the better of players – even the best ones. And that is exactly what happened to Didier Drogba on 6th May 2009.

Chelsea crashed out of the Champions League in controversial circumstances after a dismal refereeing performance from Norwegian official Tom Ovrebo.

It was a shocking display and one that had a clear impact on online football betting markets, with Barcelona benefiting from several poor decisions.

The referee himself has since admitted that he had a bad day at the office but that was no consolation for Chelsea as the Blues exited the competition at the semi-final stage.

However, Drogba and a few of his teammates – namely Michael Ballack and Jose Bosingwa – lost their cool and lashed out, with the Ivory Coast man noticeably overcome with rage.

“It’s a disgrace, it’s a f***ing disgrace” was just one phrase used by Drogba, directly towards the television camera. Not a smart move to say the least…

Drogba was handed a six-game ban, with two of those suspended for two years, while the club were slapped with a £85,000 fine. A harsh punishment given the injustice of it all.

Eventually, the ban was reduced to three matches but Chelsea were still required to pay the fine. In addition, Jose Bosingwa was handed a three match ban of his own.

Almost a decade on, Ovrebo has admitted his mistakes on that day and Chelsea have lifted the Champions League – ironically with Drogba scoring the decisive goal.

Things could’ve been oh so different for the Blues though, with poor officiating costing the west London side a chance to appear in back-to-back Champions League finals.

Expensive few words , but still a disgrace though 😅 https://t.co/OPfFrlxlhR

No matter where you sit on the Thierry Henry vs Didier Drogba debate, you had to feel for the Chelsea man in this particular situation.

Emotions were high at the business end of the season and the refereeing just wasn’t up to scratch. It felt like every decision went against the Blues on that night.

There is absolutely no condoning the abuse aimed at Obrebo but you can understand the anger and frustration from a Chelsea perspective.

Having fought for an entire season after losing in the previous final, to be denied a second opportunity to compete for European football’s top prize will have hurt.

13 years later, Chelsea have been crowned European champions and are now one of the biggest clubs in world football.

The Roman Abramovich era may be over but the club’s journey throughout his tenure will live on – and Drogba’s outburst in May 2009 was just one of the low points.

Still undoubtedly one of the top strikers to feature in Premier League predictions, Drogba still stands by the belief that the referee wasn’t up to scratch.

Will we see an outburst like this again? Hopefully not. Footballers are role models and, while we can understand where the anger and frustration came from, that is not the example we want to be setting for the next generation of aspiring players.

Football Tips
Chelsea
About the Author
By
Alex McMahon