What is draw bias and how does it impact horse racing? We look at the factors to consider relating to draw bias at racecourses... 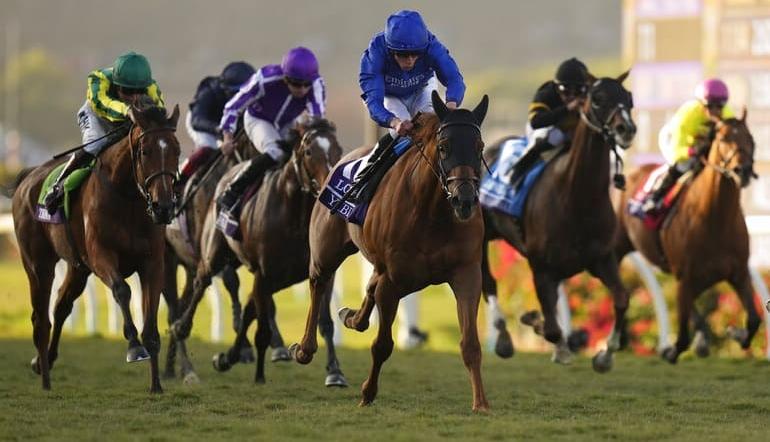 When assessing a horse race people generally start with the latest form, the distance, the going, the jockey, the trainer and the owners.

However one thing which they often overlook is the draw. The stall from which a horse is drawn in can massively influence that particular horse’s chance of winning.

Over the years punters who have had a keen interest in race horse betting have soon realised that there is a betting edge to be had by focusing on certain sections of the draw at specific racecourses.

The average betting shopping punter was oblivious to these types of stall biases at the various racecourses, but it was – and still is, a decent betting edge for those who keep a statistical record in relation to these draws.

Draw biases can be affected by a combination of factors which we will explore here:

Races vary in length so understanding the effect of a draw bias over a particular distance is essential before placing your bets. It is common knowledge that the draw affects shorter races - 5, 6 and 7 furlongs, more than a longer race.

If horses drawn on the outside don’t break well they have less time to rally and their chances can be curtailed in the very early stages of the race.

Making up this lost ground on the outside can be stamina sapping for the horse and they have to run further than the others.

The number of runners in a race impacts how the draw will pan out overall.

In a small field the horses tend to track down to the inside rail, while in large races, the horses spread out across the track and it is pretty impossible to move from one side of the track to the other.

Sometimes good horses are bunched together in the draw whilst another ploughs a lone furrow on its own.

Quite often the main pack fail to gauge just how well their rival is travelling on the other side of the track and an astute jockey can effectively “beat the draw”.

You will often find the NAP of the day in a daily newspaper is a horse drawn low in a small field.

Naturally racecourses vary in both shape and length, some having tight sweeping bends, while others have no turns at all.

The position of a horse on the turns usually has an effect on the outcome. If the first turn comes up quickly after the start, the runners drawn on the outside will struggle to come over to the inside rail before the turn begins.

At a unique racecourse such as a Chester, an outside draw in a short sprint races almost rules you out from winning as soon as the stall gates open.

A jockey prays that the inside horses go off too fast and that he may be able to reel them back in down the home straight.

Races that start from a chute can also create their own draw bias. A chute connecting with a shallow angle to the first turn will often favour the outside horses, while a chute with a sharp angle will favour the inside runners.

The variation in course design defines why the draw bias is so very different between every racecourse.

The ground conditions on the day also create a draw bias.

For example, if it has been raining, course drainage can play a significant part in the bias as quite often certain parts of the track will be drier than others.

This will tend to favour being drawn on one side of the track rather than the other. Quite often it isn’t until the first race on the card has been run (or even the second) before the draw bias on the day is established by the competing jockeys.

Racecourses which have a natural camber, such as Goodwood and Epsom, tend to have a completely different draw bias on a wet day as they do on a dry day, essentially due to the rain draining away towards a certain rail.

You can read all about these course specific biases on some the best horse racing blogs.

The conditions might be ideal for a particular horse on a given day, but if that horse doesn’t have its favoured draw at that venue, it doesn’t matter whether it has won there on numerous occasions before, it will have to battle with the berth it has been allotted.

If a horse is a confirmed front runner and is drawn in a good stall this would mark him down as a good bet, especially if you bet in play.

If the horse is drawn on the outside and you know it will struggle to get across to the favoured running rail, then it should be regarded as a poor/dodgy bet.

If you are a smart enough punter to work out which horses can perform well despite being given a disadvantageous draw then you are certainly going to have an edge over your bookmaker in the long run.

Being able to exploit the draw to your own betting advantage is not quite as simple as it seems because in recent years racecourse officials have used all sorts of methods to negate any potential draw bias at their course.

The officials ultimately want every single stall to have the same chance as the next one and if they can provide that sort of assurance to their participants then their horse racing entries will always remain healthy.

One of the ways they can do this is by moving the running rails which then changes parts of the ground over which races take place, which in turn subtly changes the race distance by a few yards.

Many punters are blissfully unaware this happens so it is well worth investigating “rail movements” on a raceday morning, when the information becomes freely available.

Another way the racecourse staff have been able to negate any draw bias to a certain degree is with their in-house watering systems.

Many moons ago racecourse watering systems were badly affected by wind speed and direction, and inadvertently resulted in causing a manmade draw bias.

Nowadays the equipment they use has become much more sophisticated and water is spread much more evenly.

One of the best examples of a jockey overcoming a poor draw was in the 2015 Prix de l'Arc de Triomphe, where Golden Horn was given a vintage Frankie Dettori ride to overcome a wide draw.

Dettori stayed wide, away from the other 17 runners, for the first two furlongs and then tracked across, putting himself in a perfect position to strike for home at the top of the straight.