How To Watch England Matches At The 2022 World Cup

Which TV channel is the next England match on? Find out the full England TV schedule at the 2022 World Cup here 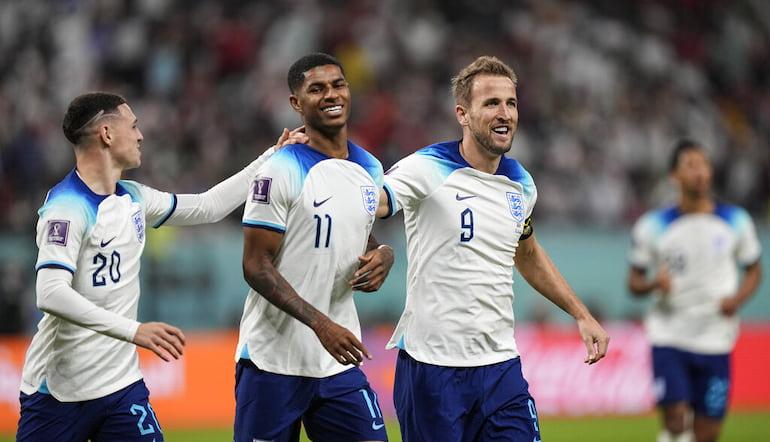 England opened their 2022 World Cup campaign with a dominant 6-1 victory over Iran on November 21st. The match was broadcast live on the BBC and Three Lions fans will have been very impressed with the performance.

Following that match, England have two more group stage games: a clash with the United States on November 25th and a fiercely anticipated fixture against Wales on November 29th.

Every game at the Qatar World Cup will be broadcast on terrestrial television in the United Kingdom, with BBC and ITV sharing coverage throughout the tournament.

Time to unite. Time to write a new chapter. pic.twitter.com/ahjmgY60jL

Niall Sloane, ITV's director of sport, said: "The World Cup is now in focus and we’re delighted to be able to bring viewers coverage of what promises to be some of the standout games of the tournament across ITV channels and our new free streaming service ITVX, which launches this autumn."

Philip Bernie, the BBC's head of TV Sport, added: "We are very excited about our selection of matches. We have two England group games – their opening group game with Iran and then the enticing match-up against Wales – as well as the heavyweight clash between Spain and Germany, big games involving Brazil, Argentina, Portugal, France and Belgium, and the first pick of the semi-finals.

"With extensive 24/7 coverage across BBC TV, BBC iPlayer, radio, online and social media, the World Cup promises to be a huge event to wrap up a major sporting year on the BBC."

Here, you can find the list of England World Cup matches and which TV channel to watch England on.