Who is referee for the Euro 2021 final? Read our Euro 2020 referees guide to find out more! 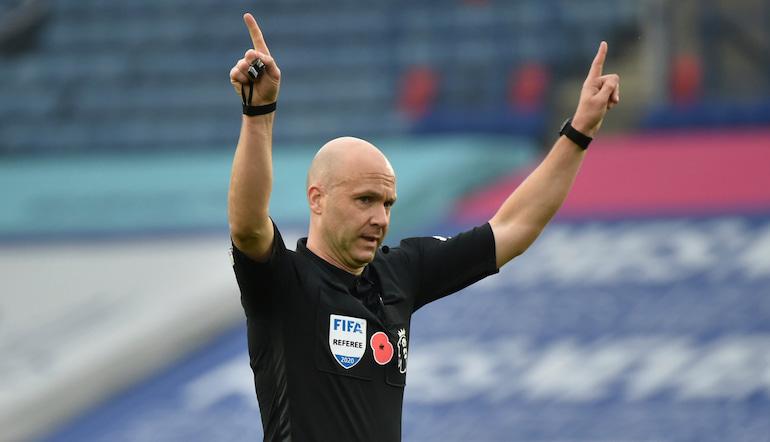 While surveying the Euro 2020 odds, bettors might not have referees on their mind. In some cases, though, it is important to take into account the officiating. Referees can have a decisive impact in tournament football.

VAR or not, refereeing decisions will be under the microscope at Euro 2020 this summer.

There will be sports betting not only on match and tournament winners, but on cards handed out, on penalties won and scored, and on unique props like red cards throughout the competition.

Referees are never under more pressure than under the intense scrutiny of knockout football.

Picking the right referees for this tournament is important. For bettors, it’s crucial to know the tendencies of a referee. It’s been a long wait for Euro 2020 – players and fans alike will hope the officiating is fair and preserves a level playing field.

Just as players are facing scrutiny and spotlight this summer, so are these referees. Here’s a run down how referees are selected, who will be refereeing at Euro 2020 and some other major storylines.

Björn Kuipers will take charge of the Euro 2021 final between England and Italy at Wembley Stadium on Sunday 11th July 2021.

The Dutch official has refereed six UEFA finals throughout his career and is one of the most celebrated referees in European football.

Felix Brych and Danny Makkelie were awarded the two semi-finals, with Brych officiating Spain vs Italy and Makkelie appointed for England vs Denmark.

The announcement of the Euro 2020 referees was originally expected in March 2021. With a hectic club football schedule, however, there was a slight delay, with the list only being released in April.

Here are the 18 referees who will be used at Euro 2020, featuring several familiar names to followers of the Champions League…

How Were Euro 2021 Referees Selected?

As you might expect, it’s not straight forward becoming a tournament referee.

They are the centre of every football prediction for a month, a pressure unrivalled outside of World Cup action. To earn the honour of officiating at the 2020 Euros, referees must have previous international tournament experience.

It is also crucial to have performed in the Champions League and Europa League, and as one would assume, it’s important they have a good, consistent record of high-quality officiating.

Previous experience working with video technology is unsurprisingly important, given the glaring eyes that will be on VAR throughout the Euros. Being fluent in multiple languages is a boost, but having good English is a must.

Chairman of the UEFA Referees Committee Roberto Rossetti stressed the importance of referees being able to clearly explain decisions and control players throughout the tournament.

Speaking earlier this year, Rossetti said, “Take strong action in cases of mass confrontation between players on the field, as well as when you are being mobbed by players.”

Video assistant referees have never been used at the Euros previously. That will change at Euro 2020 (being played in 2021), with video assistants in action for every single match. A unique VAR will work with each of the 18 referees.

This results in teams of four working together throughout the tournament with the match referee, an assistant, fourth official and the VAR.

How VAR has been used has been a point of controversy, particularly in the Premier League. Rossetti has been positive about the system in the past, though the reality of VAR has rarely lived up to the theory.

Consistency of VAR use will be the key throughout the tournament. It will be interesting to see how referees apply handball and how strict they are about contact at corners after so many VAR penalties were given at the 2018 World Cup.

Stephanie Frappart will become the first female official to be involved in a men's European Championship.

Although not named among the 18 referees to take charge of the 51 matches at the tournament, Frappart will still have a role to play. She will either be a fourth official or a reserve assistant referee throughout the tournament.

Frappart has become the first female to referee in Ligue 1 and the Champions League. The Frenchwoman continues to break new ground across Europe, setting an example for female referees around the world.

Rebecca Welch is following in Frappart’s footsteps, having become the first female referee in English Football League history in April.

Those who frequent the Premier League football betting pages will be familiar with Michael Oliver and Anthony Taylor, the two English referees at Euro 2020.

No country can have more than two referees at the Euros. The Premier League has previously maxed out its allocation for major tournaments, but that isn’t a foregone conclusion.

There had been considerable speculation about whether Oliver and Taylor would meet the criteria.

Having both officiated over countless big matches, though, the two got the nod for Euro 2021. Oliver will also oversee the 2021 FA Cup final between Leicester and Chelsea on April 15th.

As recently as September 2020, Taylor refereed the UEFA Super Cup, and in 2018 he was appointed referee for the 2018 Championship playoff final.

A special coin will be used by the referee of the Euro 2020 final. UEFA are selling the ‘official referee coin’ in a protective case. Only 5,000 of these coins are available, and they are sure to be snapped up quickly by collectors.