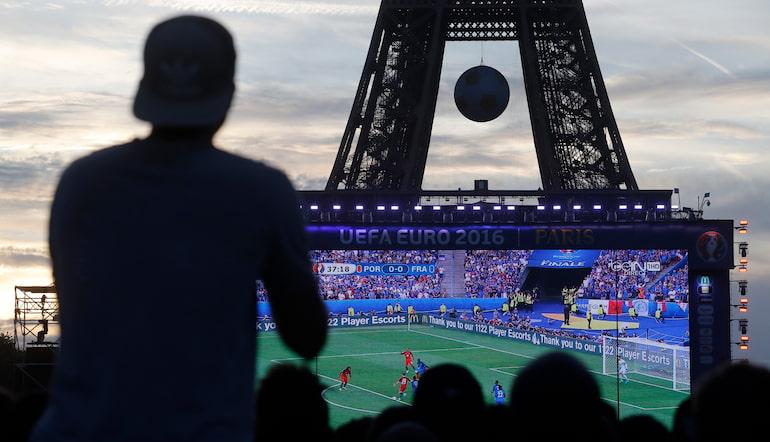 It’s been a long wait for those studying the Euro 2020 odds.

Delayed by a year, the competition is set to take place in summer 2021. Turkey and Italy get the festival of football underway on June 11th in the tournament’s opening match on BBC.

Belgium, one of the sports betting favourites to win the competition, are playing on the second night, matching up with Russia.

As ever, expectations are sky-high for Gareth Southgate’s England. Many a football prediction tabs them as contenders to win their first major honours since 1966.

The Three Lions begin their campaign against Croatia, the team who knocked them out of the 2018 World Cup.

888sport isn’t just the place to get your Euro 2021 bet of the day. We’ve also got everything you need to know about the Euro 2020 TV schedule.

Football fans in the UK will be gorging on the Euros. ITV and BBC have rights to the tournament, meaning no subscription is required to follow the matches. If access to a TV is tricky, though, there are plenty of ways to watch Euro 2020 online.

Streaming the Euros is easy with ITV Player, iPlayer or on the BBC Sport website. Both companies require you to create an account, but unlike Sky Go or BT, there’s no need to cough up for a weekly or monthly payment.

It’s straightforward to keep up with the latest Euros action on the move. When it comes to the final round of group matches, some fans will be heading to Euro 2021 streams to double-screen as both matches are kicking off at the same time.

The excitement for Euro 2020 is not just limited to Europe. UEFA have official broadcast partners across the planet, including CCTV and Super Sports in China.

Across the Atlantic, ESPN and Univision are the lead broadcasters in the United States, while Bell Media and TVA have the rights in Canada.

Sky Italia and RAI share the broadcast responsibility in Italy. Mediaset takes it on in Spain, while M6 and TF1 are showing the matches as France look to follow up their World Cup triumph.

Back in 2015, TalkSport secured the rights for Euro 2016 and Euro 2020. TalkSport has previously broadcasted multiple major tournaments, and it will be the platform of choice for many when summer 2021 rolls around.

TalkSport is available online or through an app, too. Already one of the most popular radio stations in the country, they are bound to have millions tuning in throughout the tournament.

In other Euro 2021 radio news, it was announced in April that Chris Kamara will be joining Absolute Radio on the breakfast and drivetime programmes.