What are the top fantasy Premier League tips to follow for success? Our FPL tipster gives his fantasy football thoughts 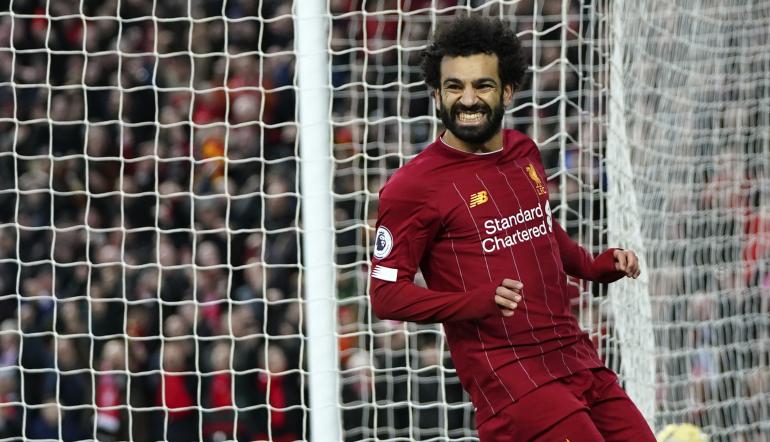 Fantasy football is popular with fans around the world. Many football betting pieces now focus on the fantasy side of the sport, particularly when it comes to the Premier League.

There are a number of strategies a player can adopt in Fantasy Premier League, each comes with its own risks and different levels of success.

Here, we give five of the best Fantasy Premier League tips to bear in mind throughout the season. With a bit of luck, our advice could help you to top the fantasy PL table.

Most Fantasy Premier League games have a strict budget in place, along with restrictions that may prevent users from selecting too many players from the same team as well as limiting transfers.

In the official Fantasy Premier League online game, players have £100 million to spend on their 15-player squad. While you might think that splitting that equally across the team may be the best method, it doesn’t usually work out that way…

One of our top Fantasy Premier League budget tips is to essentially ‘give up’ your substitute bench. Choose the cheapest options available for those four slots and focus the rest of your budget on the starting line-up.

Ultimately, chances are you will make a few tweaks to your team in a bid to ‘make’ money on your initial £100 million investment. As players perform well, the value goes up so it is also worth considering a dark horse or two on the cheap.

Building your Fantasy Premier League team around star players is one of the best methods to adopt ahead of the fantasy football season.

While the likes of Harry Kane, Mohamed Salah, and Kevin de Bruyne will require a chunk of the budget, it may prove prudent in the long term.

For example, strikers who finished near the top of the Golden Boot charts finished the year with a considerable advantage over their rivals at the position.

Our main tip when it comes to this would be to try and secure at least one ‘stud’ in defense, midfield, and attack – trying to secure guaranteed points each week is key to success.

Another factor to bear in mind is your opponents. If you are in a 10-man league and the other nine players have Salah, it might be worth acquiring Salah to combat any potential high-scoring weeks.

Following statistics is an important trend in all aspects of the sport but is particularly crucial in Fantasy Premier League - especially as the popularity of fantasy football continues to soar.

From defensive assists figures to disciplinary records, players can find fantasy football stats and figures for every scoring situation in the game.

Trent Alexander-Arnold was a must-have defender based on his Fantasy Premier League 2019/20 exploits but early figures for this season show that the Liverpool man is falling short of last season’s numbers.

Comparing performance on a year-to-year basis is imperative to achieve maximum success in Fantasy Premier League. Always consider whether a player is trending upwards or on the decline before making fantasy football transfers.

That leads us nicely onto Gameweek tips for Fantasy Premier League. While you could argue that making weekly changes can tip the balance of a team, those who make regular moves tend to enjoy success.

Always consider changing your fantasy Premier League captain ahead of each Gameweek. If you have a striker going through a rich vein of form, it may prove prudent to select him over a player with an ‘easier’ fixture.

YouTube is an excellent source for Fantasy Premier League weekly tips – players can access advice for the top-scoring fantasy football stars this week, any particular records that stand out, and lots more.

Another top tip is to look out for rearranged fixtures. In the second half of the season, you will see the odd team play twice in a specific Gameweek – so it is often worth choosing one of those players as captain for the week.

Last but not least, it is important to pick a solid team name when it comes to playing Fantasy Premier League.

While the best team name counts for nothing in terms of points, you can earn plaudits from your fellow players if you come up with the best name in your league.

Whether you think of a clever name relating to your favorite player or the league is built on a common theme, a funny Fantasy Premier League team name is an absolute must.

There are lots of websites out there that can help with Fantasy Premier League team names, with many of the top fantasy football websites focused specifically on names.

Fantasy football allows players to create their dream team of real life footballers, with the Premier League and fantasy Champions League games among the most popular.

Players should pick a fantasy football team based on real life statistics and results.

Following fantasy football tips and news is key to success in FPL.