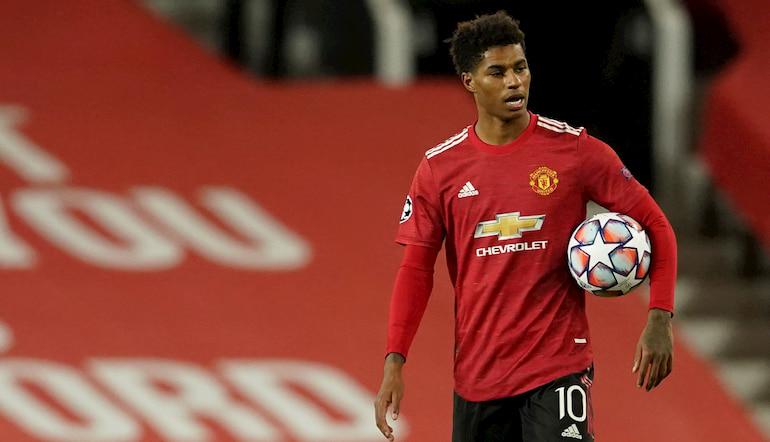 One of the most popular guys in football, Marcus Rashford’s impact and influence on the pitch has never been in doubt.

A key reason for United’s resurgence in Premier League betting odds Rashford has been the saviour for Ole Gunnar Solskjaer’s men on more than one occasion in recent years.

However, it is his work off the football pitch that has attracted attention in modern times, with the Marcus Rashford petition forcing the government to U-turn on free school meals.

While his selfless work has had little impact on his own Marcus Rashford net worth figures, he has enhanced his reputation across the globe.

Here, we take a closer look at Rashford’s life off the pitch, starting with Rashford’s wealth before discussing his impeccable efforts to ensure children receive free school meals.

So, what are you waiting for? Scroll down now to find out how much Marcus Rashford is worth today!

According to 2021 estimates, Marcus Rashford net worth figures are around the $80 million mark.

The Manchester United striker reportedly earns £300,000 per week at Old Trafford and he has built up an impressive collection of cars, including a Range Rover Velar.

Furthermore, Rashford has a number of lucrative endorsement deals that come with playing for the most successful football club in England.

Estimated figures claim that Rashford makes an additional $10 million per year from brand endorsements, with Nike ranking as one of his biggest earners.

Marcus Rashford has preferred to keep his relationship status quiet since breaking into the Manchester United first team but he is thought to be dating 22-year-old Lucia Loi.

A PR account executive, Lucia and Marcus reportedly started seeing each other in 2016 and the couple post the rare snapshot on social media from time to time.

Labelled by some as childhood sweethearts, rumours claim Marcus and Lucia celebrated his two-goal first team debut by playing pool in the Ashton on Mersey School common room.

There were rumours circulating that Rashford had dated social media influencer Lauryn Goodman but the model was quick to squash those rumours back in 2018.

Rashford is a humble, educated young man and he has been incredibly savvy when it comes to reinvesting his earnings into property.

According to reports, Marcus owns five properties – all five purchased with the intention of investing and ensuring that the financial future of his family is secure.

The Daily Mail criticised Rashford in November 2020, accusing the United striker of making extravagant purchases but he moved quickly to put the publication to rights.

Rashford has been extremely generous throughout his career, making donations to charity and giving up time to visit foundations.

Marcus has used the power of social media to make a powerful statement relating to free school meals for vulnerable children across the country.

With over four million Twitter followers, Rashford has the platform to force change – and many of his newer followers are fully behind him and believe in his push for justice.

Most footballers use their social media channels for regular updates but Marcus goes above and beyond the call of duty – he has even had phone calls with the Prime Minister!

You’d get good football betting odds on finding a nicer person than Marcus Rashford. Go and look at Rashford’s Twitter page and check out his latest posts.

If you’re not into football, you probably have heard about Marcus Rashford through politics – the United striker’s free school meals petition has been well documented.

Over one million people signed the petition and Rashford has been vocal throughout the entire campaign. His determination to be heard has been key to the petition’s impact.

The Manchester United vs Liverpool rivalry is fierce on the pitch but supporters of both clubs recognise the work Marcus has done to improve the lives of children in both cities.

The free school meals campaign has been a success and Rashford deserves credit for his tireless efforts which forced the government to U-turn on their own policy.

Marcus Rashford became an MBE in the Queen’s Birthday Honours list in October 2020, with the Red Devils striker recognised for his services for vulnerable children.

Rashford has matured into an icon for social change, pushing for equality in the local community and his free school meals campaign has been a huge hit with the public.

Marcus follows in the footsteps of other Manchester United players to receive the MBE, with the likes of Viv Anderson, Peter Schmeichel and Teddy Sheringham also recognised.

However, Rashford is the youngest ever United player to receive the award at 22 years old – some achievement when you take the club’s illustrious history into account.

Football Betting
Football Tips
About the Author
By
Alex McMahon