Which team has the best defensive record in Premier League history? We look at the squads with the fewest goals conceded in England's top flight... 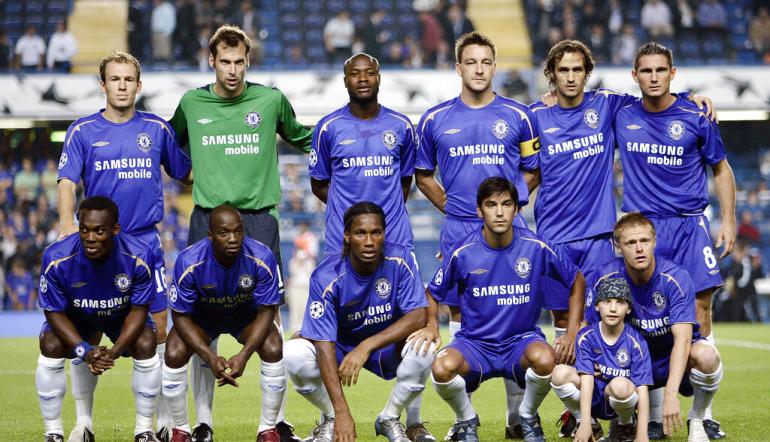 Those at the top of top scorer Premier League odds often get the majority of attention. Goal scoring stars are not enough to be a successful team, however, as the endless list of defence-related cliches attest to.

We think defences deserve their moment in the spotlight, though, so here are the 10 seasons with the fewest goals conceded in Premier League history.

Liverpool were on the fringes of the title race in 2005-06, coming off their heroic Champions League win in Istanbul. Rafa Benitez’s football brought success, including the 2005-06 FA Cup, but it was rarely pretty.

The Anfield outfit scored 15 goals fewer than Chelsea and Manchester United in 2005-06, and only two players scored more than 13 goals in the campaign.

Sami Hyypia and Jamie Carragher were the bedrock of the defence, protected by Xabi Alonso and Mohamed Sissoko.

This is not the last we’ll see of Jose Mourinho’s Chelsea on this list. It wasn’t a threepeat for the Blues, but their defence remained watertight as they collected the FA and League cups.

It was Ashley Cole’s first campaign at Stamford Bridge after his controversial move from Arsenal, too.

The defence was less settled than previous seasons, with Rio Ferdinand and Patrice Evra combining to start just 52 league matches.

The leadership of Nemanja Vidic and Edwin van der Sar was particularly important amid line up changes, as the Serbian centre-back and Dutch goalkeeper each started 33 league contests.

The 2008-09 campaign was a typical Chelsea season with a managerial change partway through. Despite such turmoil, the Blues still managed to concede just 24 goals.

They only finished third in the league, and suffered another Champions League heart break in the semi-finals, however.

This was a slightly different Chelsea team from the Jose Mourinho era. The core remained the same, though Alex, John Obi Mikel, Jose Bosingwa and Juliano Belletti had stepped in as regular starters.

Conceding 23 goals in 2018-19 was enough for Manchester City to win the title. It was the sixth best defensive season in Premier League history, yet it wasn’t even the fewest goals conceded in 2018-19.

Aymeric Laporte, Kyle Walker and Ederson were the constants in defence. Everything else was a bit more fluid with Fernandinho switching roles and others taking turns to partner Laporte.

Ultimately, City’s greatest defence was their ability to completely dominate possession. When they lost the ball, they would often win it back immediately. The job of the defenders was very different from others mentioned here.

Missing out in a remarkable title race by just a point, Liverpool went toe-to-toe with Pep Guardiola’s Manchester City juggernaut, conceding just 22 goals through the season.

Van Dijk’s performances saw him named PFA Players’ Player of the Year, and he finished a narrow second to Lionel Messi in the 2019 Ballon d’Or.

Nemanja Vidic and Rio Ferdinand were as solid as it comes in 2007-08, and Edwin van der Sar continued to excel between the sticks.

The success of the defence allowed the Red Devils’ array of attacking talent to flourish. Cristiano Ronaldo announced himself as one of the best players in the world, as they pipped Chelsea to the league title.

The second of Chelsea’s back-to-back titles wasn’t as lock tight defensively as the first, but it still placed as the third best defensive season in Premier League history.

Led by one of the best defenders in the Premier League in John Terry, the Blues were impenetrable for most of 2005-06.

The club from west London won the league by eight points with Roman Abramovich’s money bringing more talent to a team that had run away with the title in 2004-05.

The signing of Asier del Horno didn’t have much of an impact on this stellar defensive campaign, however.

It’s strange to think that the second-best defensive season in Premier League history came from a team which finished runners-up.

Manchester United won the treble in 1998-99, of course, but Arsenal secured their own spot in the history books.

A tally of 12 draws held the Gunners back in 1998-99. The 17 goals conceded was still a remarkable feat, though, and credit must go to David Seaman, Lee Dixon, Nigel Winterburn, Tony Adams, Steve Bould and Martin Keown.

Jose Mourinho’s Chelsea set plenty of Premier League records. Conceding just 15 goals through a 38-match season is perhaps the most impressive of the lot, and it’s a mark that no team has got within seven goals of since.

The back line was built on a foundation of John Terry and Ricardo Carvalho at the heart of the defence in front of Petr Cech.

Claude Makelele sat in a screening midfield role, while Paulo Ferreira and William Gallas did the majority of the full-back duties.

This was very much a team effort, though, with the Blues having a commitment to defence that has rarely been seen in the Premier League.