How Pep Guardiola Is Influencing The Top 6 And Beyond 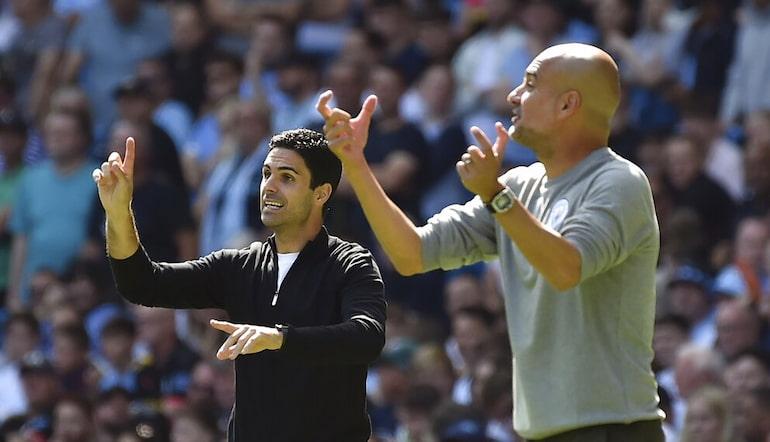 When Pep Guardiola arrived on our shores a section of the British media were rooting for him to fail.

Who did this guy think he was, coming over here with his fancy tiki-taka ways? The hustle and bustle of the English Premier League would soon put him right.

A costly error by Manchester City goalkeeper Claudio Bravo therefore, early into the Catalan’s tenure, brought a degree of satisfaction, acting as proof that playing out from the back – and sacrilegiously not practising tackling – were highfalutin ideas best left on the continent.

Fast forward to the here and now and of course we know what transpired, for Guardiola has not only conquered the Premier League but heavily influenced every corner of English football.

These days, even in the lower leagues, if a keeper goes long it is greeted by surprise, while a much greater emphasis on the technical and tactical sides of the game have a direct link back to the coaching genius.

So far, so common knowledge.

I hope that those now doubting Guardiola's credentials are suitably refreshed and reinvigorated after taking the entire 2017/18 off from football.

Yet a really interesting aspect to Guardiola’s long and hugely successful stint in England is increasingly becoming apparent as his stay extends to a seventh season.

Because now not only is the feted grandmaster changing our game for the better from within, but we are beginning to see evidence of a long-term legacy.

It’s a legacy that comes in the form of a handful of proteges, who either played under the master-tactician or learnt alongside him in the dug-out, who are excelling in their own regard.

Crucially, by carrying forward their mentor’s philosophies we can safely surmise that Pep-ball is here to stay and though a great many of us will be delighted at that prospect, what’s the betting those journalists alluded to above will be furious.

Never mind them though. What matters – and what excites – is that to date the wider implementation of Guardiola’s ways and means is proving to be a success.

Indeed, two sides currently inhabiting the top six of the top-flight have coaches who served a priceless apprenticeship under the Catalan, meaning intriguingly that two former charges of Guardiola are now his major rivals.

Top of the pile and short-priced in the Premier League odds against all expectation is Mikel Arteta’s Arsenal, the former midfielder having spent three years as Pep’s assistant, soaking up every morsel of knowledge from the managerial legend.

Between 2013 and 2015, the Dutchman took charge of Bayern Munich’s reserves during a period when Guardiola bossed the German champions.

Pertinently, as is common with most big teams these days, the second string were instructed to mirror the style and set-up of the first team.

Both men undeniably have their own ideas and answer only to themselves. Yet watching the Gunners and the Red Devils in action it’s impossible not to see key elements of Pep-ball at play. That’s because both men learnt from the best.

This same thinking applies too in the Championship, where Guardiola’s former foot-soldier Vincent Kompany is succeeding in some style at Burnley, while in La Liga, Xavi has got Barcelona back to winning ways, largely by replicating the fluid, possession-based fare he learned from his former gaffer.

In 2016, Pep Guardiola came to the Premier League and made it more beautiful. Thankfully, all the evidence so far suggests that beauty won’t be fleeting.