When is the official match ball for Qatar 2022 released? We look at the latest FIFA World Cup football ahead of this year's tournament. 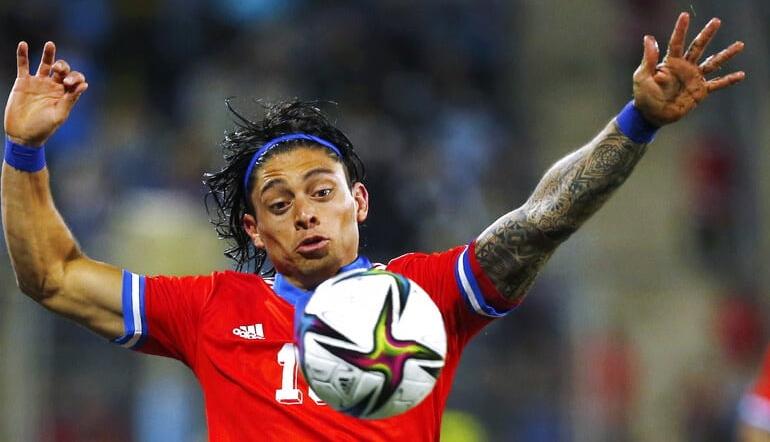 There’s no bigger occasion for an online football bet than the FIFA World Cup.

Controversially taking place in Qatar in winter of 2022, the lead up to this year’s tournament has seen the release of another FIFA World Cup official match ball.

Unveiled in the months before each World Cup, the official ball will sell in droves all over the planet.

Previous World Cup balls haven’t been too popular with the players. Hopefully the Al Rihla will not be a factor when making in-play betting decisions.

We’ve taken a look at the design of the ball which will be used throughout the 2022 men’s World Cup and covered the various pricing options for fans to ponder below.

FIFA claims the Al Rihla can ‘support peak game speeds’. New shapes and surface textures, through an out-to-in design process, have supposedly made this a reliable and accurate ball, which went through rigorous testing at Adidas.

There is also a fresh panel layout, with 20 across the surface of the ball. Inspired by traditional dhow boats, the triangular sails can be seen in the design of the FIFA World Cup 2022 official match ball.

While some have cited the Doha skyline as inspiration for the colour scheme, it has been described as a representation of the Qatari flag and traditional Arab clothes.

The main features of the ball are the CRT-Core and Speedshell. The aim of this new core is to provide consistency throughout various phases of the game for maximum air retention, enabling the ball to keep its shape more than previous iterations.

This should be particularly notable in rebound accuracy and enable greater precision during high-paced action.

A textured outer layer is intended to enhance flight stability and swerve with the help of macro and microtextures – this is what FIFA and Adidas have described as the Speedshell.

Franziska Löffelmann, the Design Director – Football Graphics & Hardwear at Adidas spoke about the ball when it was launched.

He said, “The game is getting faster and, as it speeds up, accuracy and flight stability become critically important. The new design allows the ball to maintain a significantly higher speed as it journeys through the air.

"For the biggest global stage in all of sport, we set out to make the impossible possible with radical innovation by creating the fastest and most accurate FIFA World Cup ball to date.”

Pathy said, “This is a stunning, sustainable and high-quality Official Match Ball from adidas that will be enjoyed by stars performing at the top of their game on the world’s biggest stage in Qatar, as well as grassroots players everywhere.

"Al Rihla’s worldwide journey will represent the incredible reach of the FIFA World Cup and give fans a unique opportunity to engage with the event as excitement builds ahead of the big kick-off.”

The price of the FIFA World Cup 2022 official match ball varies greatly. From £15 for the mini, size one version up to £130 for the pro edition, consumers have options to choose from.

There are also several different colour schemes to decide between, starting with the standard white and multi-coloured pattern through to blue, pink, green and other variants.

Most fans will look to the league or training footballs for a reasonably priced option.

The pro is as close as it gets to using an actual World Cup ball, but the £130 price is going to put most people off and understandably so. In theory, the quality of materials and the ball improves with each price level.

The prices quoted below are direct from Adidas’ website. It’s worth keeping your eyes peeled for offers as the tournament nears, and other outlets might be able to provide a cheaper price.

The FIFA World Cup 2022 official match ball will be available at the vast majority of sports shops (providing they haven’t sold out already).

Many will opt to go direct to Adidas, which is the best outlet if you’re looking to really survey the wide-range of World Cup official balls.

While other stores should have plenty to choose from, there’s no guarantee they will have the full mix of colours and specifications.

This is months before the first live World Cup betting gets underway, giving fans all over the world plenty of time to get their orders in before the ball is used in the tournament opener in Qatar.

For the first fortnight, the Al Rihla was only available through Adidas, though it was fully released on April 13th 2022.

The manufacturers are keen to have as much exposure for the official ball as possible before the competition gets underway this winter and we get some answers to World Cup predictions.