Are Manchester City Worthy Favourites For The Champions League?

Pep Guardiola's side are primed to go close in Europe's premier competition, according to our Champions League expert picks writer... 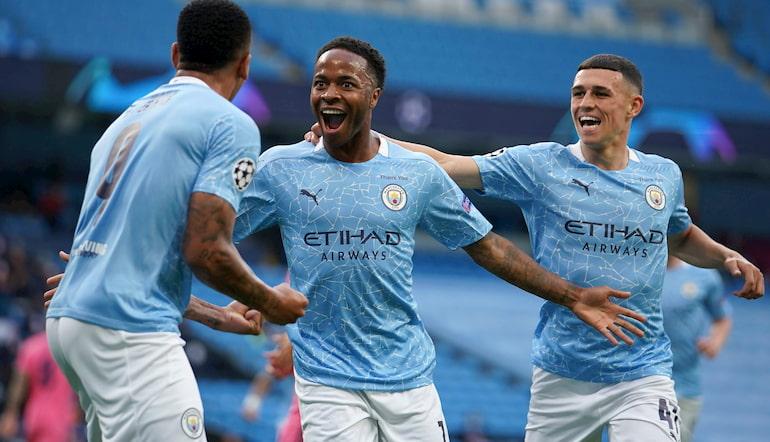 Manchester City haven’t made it past the Champions League last eight in the Pep Guardiola era. That doesn’t stop them being football betting favourites for the 2020-21 edition of the competition.

Like Chelsea pre-2012, like the star-led incarnation of PSG, it’s common to see the Champions League deemed as the ‘one City really want’. They will be a popular choice in Champions League predictions this season...

Thus far, Guardiola hasn’t even got close to bringing Manchester City their first European silverware. Manuel Pellegrini got closer, losing 1-0 on aggregate to Real Madrid back in the 2015-16 semis.

Guardiola’s losses have frequently been of the humiliating variety; 5-1 to Liverpool, Tottenham’s comeback at the Etihad, Lyon’s smash and grab.

City are stalwarts at the top of outright winners odds. The Champions League, despite their recent record, is no different. The betting markets suggest it’s a matter of when, not if, Guardiola brings European glory to the blue half of Manchester.

Part of the confidence in City’s credentials is simple: squad quality and depth. Pair that with Guardiola, the football that has dazzled in Spain, Germany and England, and there’s a formula to take on any team in Europe.

City’s spending has not necessarily bolstered their first team over the last couple seasons, but they continue to reinforce their depth, making them as resistant to injury as any side in Europe.

The appearance, at least, is that City are resilient to absences. That has been weakened by the departure of David Silva, however, and the defence never looks the same when Aymeric Laporte is sidelined.

Every team has a breaking point, but City are just as reliant on Kevin De Bruyne, Ederson and Laporte as other top teams are on their core players.

The money spent on this City squad does not entirely reflect its quality. With Fernandinho post-peak, Vincent Kompany and David Silva elsewhere, Guardiola’s squad is not as domineering as it was.

They are dependent on Phil Foden becoming the player many expect he can be. They need Benjamin Mendy or Oleksandr Zinchenko to step up at left-back.

It’s a squad that will cruise for top four betting, but there are areas for concern. A couple of seasons ago, they clearly had the best squad in Europe.

Is that still the case? Would you take this City group over the options at Hansi Flick’s disposal? Is it preferable to Real Madrid’s mix of youth and experience, particularly when Eden Hazard is fully fit?

Manchester City’s squad will be stretched if they go deep into the Champions League. Fortunately for Guardiola, they shouldn’t be tested too much in the group phase.

Cruising To The Knockouts

Manchester City are overwhelming 1/9 online betting favourites to win their group. They got lucky with the one and three seeds – Porto and Olympiacos.

Landing Marseille out of pot four was arguably the toughest possible assignment, but when combined with the other opponents City face in the first round, there’s no question they got a good group.

City have made light work of the group in recent seasons, going unbeaten in 2019-20. The easier draw might enable Guardiola to rotate his team for those midweek clashes.

The benefit will be their Premier League campaign more than their European effort – the schedule is rammed in the first half of the season. Any opportunity to rest key players is invaluable.

A place in the knockout rounds is all but guaranteed. That is where the trouble begins for Pep.

Guardiola is a genius, a footballing visionary, one of the greatest managers ever. Yet, his results in the Champions League leave a lot to be desired given the talent that has been available to him.

He was unable to take Bayern all the way – they won the Champions League just before and soon after he left. His European ventures since taking over at the Etihad Stadium have been memorable for the dramatic eliminations.

Some of this is the chaotic nature of knockout football. The best teams do not always win – the superior sides are vulnerable to questionable officiating or spectacular shooting.

Where Guardiola’s teams are just better than their opponents throughout a league season, the ill-timed blips can derail a Champions League push. Coming out on top in Man City vs Liverpool is one thing but winning a European trophy is a whole new level.

There are fair criticisms of Guardiola in the knockout rounds, too. He is guilty of galaxy brain moves, trying to reinvent the wheel when it isn’t necessary, often actively harming his team’s chances.

His style of play is undoubtedly vulnerable in knockout football. There is a set gameplan for Europe’s best to beat Guardiola’s teams.

Guardiola’s devotion to how he plays is what makes him the man, the iconic figure of 21st century football, that he is. It’s a method, with the quality in his teams, that plays the percentages over the course of a league campaign.

Against the top European teams, though, defending backs to the wall, and with the attacking talent to punish any defensive lapse, Guardiola’s team have frequently come unstuck. They happen too often to be considered freak results.

Manchester City are rightly atop Premier League Odds. Even with the favourable group, their 9/2 price to win the Champions League seems a bit short.

Real Madrid are 11/1, Juventus 13/1 and PSG 9/1. They all face tougher opponents in the group, but it isn’t the group where City struggle. All of those teams should still progress easily.

Bayern are clearly the best team right now. City are in the next group – there’s little to pick between them, Liverpool, Juventus, PSG and Real Madrid.