The 10 Greatest Football Managers Of All-Time

Our football expert looks at 10 of the greatest football managers of all-time - do you agree with his picks? 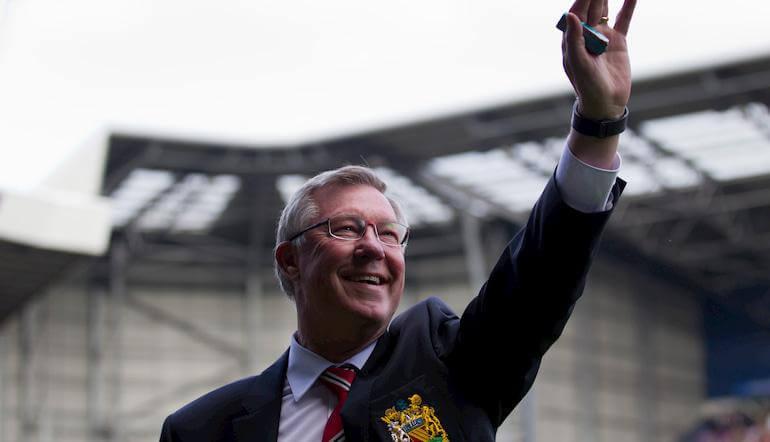 Influence, innovation, trophies. These are the three key factors as we consider the greatest football managers of all-time. The very best bring a combination of all three, others will be pure winners or people who changed the game forever.

The arrival of a top-level managers changes a team’s football betting status. An upgrade in the dugout can mean more than any single player, altering the fortunes of a club in the long-term.

Narrowing this down to 10 wasn’t easy. Perhaps there’s an unfair bias towards the modern era, perhaps some could be deemed a contentious selection.

Starting with the man who dominated English football through the 1990s and noughties, here are our greatest managers of all-time…

Easily the first name on this list, Alex Ferguson led Manchester United to an unprecedented period of sustained success. Prior to that, he had collected 10 major trophies at Aberdeen.

Keeping United competitive was what made Ferguson so special. Never falling far from contention after a dodgy first few years, Ferguson adapted to different challengers, rebuilding the squad over and over and kept up with the ever-changing tactical demands of the sport at the highest level.

Football is not set up for Ferguson-like managers any more. There is no modern United without the great Scot – English, and European, football would look very different if he was fired when riding the choppy waters of the late 1980s.

Tiki-taka at Barcelona, trophies galore at Bayern and centurions at Manchester City. Pep Guardiola has changed the way football is thought about. His impact on those clubs, and the game as a whole, cannot be overstated.

Guardiola combines a footballing philosophy, and constant success, with player development. He’s more than a great thinker of the game, a disciple of Johan Cruyff, he has developed young players into elite-level superstars.

For a decade, Guardiola has set the standard for football management. That looks like it will continue for a while yet.

The producer of some of football’s most famous quotes, Arrigo Sacchi didn’t have a trophy cabinet as expansive as others on this list, but he was the architect of arguably the greatest club team ever seen.

With one Serie A and two Champions Leagues as Milan manager, you have to look beyond the medals to understand Sacchi’s career. He changed how football was thought about in Italy, proving that success can be had with attacking play.

Fabio Capello benefited most directly from Sacchi’s mastery, but plenty of other high profile managers have learned his approach to the game.

As the father of Total Football, it isn’t a leap to call Rinus Michels the most influential manager in the history of the sport. So much of the world’s greatest football can be traced back to Michels’ ideas.

The achievements of Michels’ Ajax and Barcelona teams are only a footnote on what he has brought to football.

Named Coach of the Century by FIFA in 1999, few, if any, coaches can rival his impact – it’s impossible to imagine how European football would look without Michels.

Succeeding the great Bill Shankly, Bob Paisley took over an already successful team. What followed Shankly’s success, though, was another level of glory on both the domestic and European stages.

Paisley managed Liverpool for nine years. He averaged an extraordinary 2.2 trophies per season as he won six league titles and three European Cups.

Only two other managers in history, Carlo Ancelotti and Zinedine Zidane, have won the Champions League on three separate occasions. Paisley set an unfathomably high standard in his Anfield tenure.

Divisive, unpopular, controversial. Jose Mourinho is all of those things.

His best days as a manager may be behind him, but his achievements are unrivalled in the modern era, winning league titles in Portugal, England, Italy and Spain with a couple of European Cups along the way.

At his best, Mourinho formed lifelong relationships with his players. He was a father figure and a bold tactician, who could navigate his way to victory in any circumstance.

What is there to say about Johan Cruyff?

It is no exaggeration to call him the most important man in the history of football. He’s also one of the few on this list to have excelled on the pitch and in the dugout.

Cruyff finally delivered a European Cup to Barcelona in 1992. He oversaw the growth of iconic Dutch players in the 1980s. He was the founding figure of La Masia.

He was one-of-a-kind. So much of the football we have seen this century has been based on the great man’s ideas.

There’s a strong case that Carlo Ancelotti has underwhelmed as a manager. His league record is a bit disappointing given the talent he has managed.

The flip side is that Ancelotti, a vastly likeable man, has lifted the league title in Spain, Italy, England, France and Germany.

He took Real Madrid to a long-awaited Champions League, he won Chelsea’s first double, and no manager in history has won more European Cups than him.

He might not have re-invented the wheel or have a long chain of coaches following his methods, but Ancelotti has adapted splendidly throughout his career and brought trophies wherever he’s been. Will he make Everton an online betting favourite?

Bringing success to Inter, Barcelona and Atletico Madrid, Helenio Herrera was as much as a pioneer off the field as his tactics were on it.

Herrera was eccentric and an undeniably motivating force for his players. His demands of them away from training were more severe than others of the era, focusing on diet, drinking, sleep and smoking.

The football was based on the Italian Catenaccio, but it was a style that evolved throughout his career, becoming more attacking in his Barcelona days.

With two European Cups, and seven league titles, Herrera was a lock for a place in this list.

Brian Clough believed he was the best of the best. And he was.

His managerial career was turbulent despite success at Derby. It was less rosy at Hartlepool and Brighton, and his Leeds tenure was famously disastrous.

Taking Nottingham Forest to the top flight and winning their first ever league title was magical, and it was only the start.

Back-to-back European Cups followed, something that no other English team has achieved to this day.