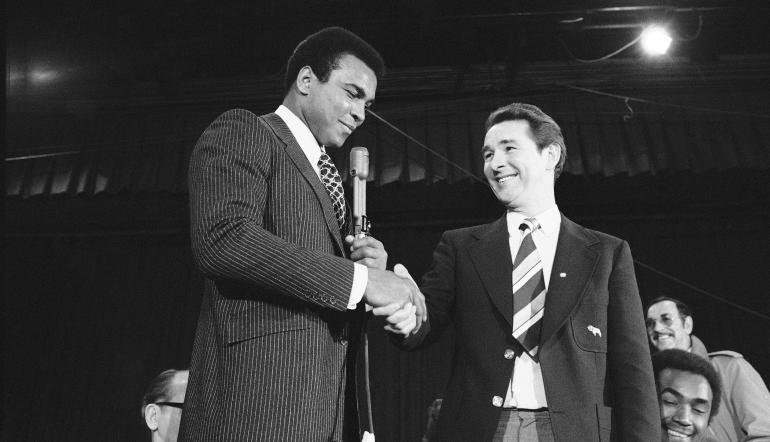 Winning the Champions League, or European Cup as it was formerly known, etches a club’s place in the history books.

While it won’t go down too well in certain cities, some Champions League victories are more important than others.

Some are meaningful because of a drought, some represent the pinnacle of a wonderful underdog story. Others, though, had influence beyond their club, their city and their nation.

Here are the five most influential Champions League teams…

The second of three successive European Cups won by the Milan sides, Inter became European champions for the first time in their history in 1964 as they saw off Real Madrid in Vienna.

The birth of Catenaccio on the European stage changed football, Helenio Herrera’s side paired four-man marking defenders with a sweeper, Picchi, and rapid counter-attacking football.

Inter retained their crown in 1964/65, stunning Liverpool in the second leg of the semi-final before a 1-0 victory over Benfica in the final at San Siro.

As you would find out in our Champions League quiz, it was less than 10 years after the start of the European Cup and Inter had already established themselves as a household name thanks to Herrera’s tactical genius.

Rinus Michels led Ajax from the doldrums to become European champions three times on the bounce.

In a period of Dutch dominance, Ajax succeeded Feyenoord to the European throne when Michels’ Total Football defeated Panathinaikos in 1970/71. To this day, Real Madrid are the only other club to have won three consecutive European Cups.

Johan Cruyff and Johan Neeskens were key members of that great Ajax side, with Cruyff joining Michels in Barcelona a few seasons later.

Total Football has influenced in the best clubs in the world since Ajax’s European glory in the early ‘70s – Michels’ role in the modernisation of the game cannot be overstated. It might have all been so different if Panathinaikos had won at Wembley in 1971.

Played at the Olympic Stadium in Munich, Forest’s clash with Malmo in the final wasn’t a classic.

Malmo were missing key players and sat deep, resulting in a turgid affair. Forest and Brian Clough didn’t mind too much though, as they snatched a goal before half-time that was enough to secure their first ever European Cup.

The main story from the match was the bizarre situation for Britain’s first ever £1 million footballer Trevor Francis, who ended up making his European debut in the match several months after he signed.

Will we see a team follow in the footsteps of Forest and Malmo this season? If you fancy an underdog story, check out our Champions League odds.

Building on the work of his former manager Rinus Michels, Johan Cruyff guided Barcelona to their first European Cup in 1991/92, defeating Sampdoria 1-0 after extra time.

Just three seasons prior, Barcelona had beaten the same opponents 2-0 to lift the European Cup Winners’ Cup. What Cruyff did for Barcelona – a club in turmoil when he took over – goes so much deeper than one European Cup triumph.

The significance of the success, however, and the role it has played in Barcelona’s glories since is huge. Cruyff’s Dream Team didn’t just collect medals, they instilled an identity at the club.

La Masia has since produced some of the greatest ever footballers; rondos are commonplace; tiki-taka is the foundation the club is built on. Players from that Barcelona side are world famous. The Ronald Koeman strike in extra-time is one of Europe's great moments.

The name that stands out most of all, though, is Pep Guardiola. The relationship between Cruyff and Guardiola might be the most influential in modern football.

Milan were playing in their third consecutive final, looking to defend their title after beating Barcelona 4-0 in 1993/94.

Fabio Capello’s side faced a youthful Ajax team who were dominating Dutch football and had beaten them twice in the group stage. Louis van Gaal’s team thrashed Bayern 5-2 in their semi-final second leg.

Both teams had players who are now considered all-time greats, and Milan had a couple who had already earned that status.

For all the starpower, it was a teenage Patrick Kluivert who made the difference, scoring the winner in the 85th minute to become the youngest Champions League final scorer ever. Ajax haven’t won another Champions League since, and the 1994/95 team soon split up.

The importance of this team wasn’t about tactical innovation like Herrera or Michels, it was the introduction of some of the best players of a generation onto the European stage, defeating an immense, vastly more experienced, Milan.