Three Outsiders Who Could Surprise In The 2020/21 Champions League 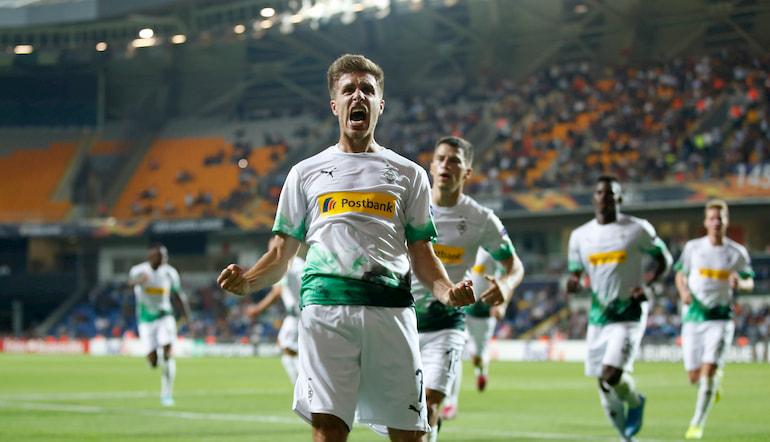 The Champions League was wrapped up in extraordinary circumstances in Lisbon in 2020.

The 2020/21 Champions League will be unusual again, with away fans unable to travel around the continent. It comes in the most congested of seasons, challenging the depth of Europe’s best squads more than ever.

Midweek matches are the rule rather than the exception for the top sides this season.

Fatigue is a very real factor in Champions League betting, squad rotation will be every bit as important as matchday tactics, and the ever-present risk of injury is heightened.

The early knockings of the Premier League season have seen upsets galore. The supposed favourites have been toppled often, and not only losing, they have been embarrassed at times.

Could we see similar in Europe’s premier competition? Could an underdog make a deep run? These three teams could all be in the mix in our 20/21 Champions League predictions.

Drawn with Manchester City, Porto and Olympiacos, Marseille landed in a pretty favourable group. It could have been much more challenging given their position in pot four.

Les Olympiens finished second in a truncated 2019/20 Ligue 1 season, 12 points off the pace set by PSG but six clear of their nearest rivals, Rennes.

They were comfortably the second-best team in the country, earning them their first Champions League group stage appearance since 2013/14.

Michael Cuisance also arrived on loan from Bayern Munich after his move to Leeds fell through.

Their chances of getting out of the group depend largely on the performances of wing duo Dimitri Payet and Florian Thauvin. Thauvin has started this season in fine form after sitting out almost all of 2019/20 through injury.

Payet remains one of the best creative forces in Europe – he averaged four key passes per game last season, by far the best mark in Ligue 1.

Looking to bet on football? Marseille are currently 11/1 to win their group and 13/10 to progress.

Sevilla claimed a sixth Europa League crown earlier this year, earning a spot in pot one for the Champions League draw.

They are matched up with Chelsea, Rennes and Krasnodar. It’s certainly a winnable group for the six-time UEFA Cup/Europa League winners.

The team from south Andalusia made the quarters in their last Champions League appearance three seasons ago. That was their deepest European Cup run since 1957/58.

Where they have made the Europa League their own, becoming the competition’s most successful team, Sevilla have not been able to take the step up towards Champions League contention.

Chelsea are a bit of a question mark this year. Expectations are high, but Frank Lampard’s side are still vulnerable on the break – Sevilla have a solid defence and can snatch a goal.

Getting out of the group is an expectation for Julen Lopetegui’s side, and it’s not unreasonable to claim they could win it.

Having seen off Manchester United in the last 16 last season, Sevilla should be confident in the knockout rounds. They can frustrate more talented opponents and have sufficient firepower to steal results against the run of play.

Retaining the core of the squad that briefly made them Bundesliga title challengers last season secured a successful transfer window for Borussia Monchengladbach.

Marco Rose kept hold of Marcus Thuram, Alassane Plea, Denis Zakaria and Florian Neuhaus, and he’ll need all of them fully fit and in top form for their Champions League campaign.

Gladbach got what looks like this year’s group of death. Real Madrid, Shakhtar Donetsk and Inter are their opponents, leaving Gladbach out at 9/4 to progress.

No one should write off this Gladbach side, despite the quality of the opposition. Antonio Conte’s record in Europe is unspectacular, and the former Chelsea manager could prioritise a Scudetto pursuit in a packed schedule.

Shakhtar Donetsk are tricky, but they didn’t make it out of their group last season and were humiliated by Inter in the semi-finals of the Europa League.

The pace Gladbach have in attack makes them a dangerous opponent. They were third in the Bundesliga in expected goals last season, just behind Leipzig and far ahead of Dortmund.

With solid midfield options, they are well-equipped to absorb pressure and unleash on the break. Don’t write Gladbach off. If they make it out the group, their counter-attacking football is perfect for the knockout rounds.