Who Are The Most Successful Clubs In World Football?

Who are the most successful football clubs in the world when it comes to major trophies? 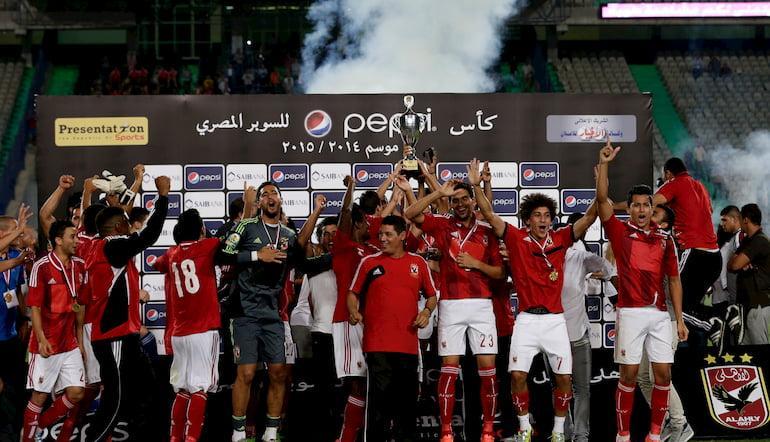 Who comes to mind when you think of the most successful football clubs in the world? There are a string of names that will jump to the front of everyone’s brain.

This list compiles the clubs with the most major trophies in world football, and it’s not just those familiar clubs.

We’ve got football betting stalwarts, European superclubs and lesser known teams who have dominated their domestic leagues for decades.

Here are the top 20 most successful clubs in world football, taking us all over the globe…

Most Successful Football Clubs In The World:

With the impressive title of ‘most successful club in the world’, Egyptian winning machine Al Ahly have 118 trophies at the time of writing.

The 41 Egyptian league titles is impressive, but it’s the eight CAF Champions Leagues which really stands out.

No other team has won more than five, and the Red Devils could have added to their tally in 2017 and 2018 (they finished runners-up on both occasions).

It’s not been the easiest few years for Rangers, who are still pursuing Celtic at the top of the Scottish football mountain, but their Old Firm foes are yet to match their overall trophy tally.

The 54-time Scottish champions are hoping Steven Gerrard can make that 55 in 2021 - every football prediction punter will be looking out for Rangers this season.

Two Uruguayan teams have passed the 100-trophy landmark. Nacional are the most successful team in the country with 113 total major trophies, the most recent of which being the 2019 Primera Division title.

Just the 50 league titles for Penarol. The Montevideo club are the third-most successful team in Copa Libertadores history with five triumphs, a record only bettered by Independiente and Boca Juniors.

Only five clubs in the world have reached the century mark for major trophies. Celtic have been pushed to three figures with a prolonged spell of domestic dominance.

It’s over a half-century of Scottish league titles for the Glaswegian giants, but their greatest day came back in 1967 when the Lisbon Lions became champions of Europe.

Their five Champions Leagues is arguably a bit disappointing given the club’s heritage though they are regularly the bet of the day in Europe's elite club competition.

Los Blancos snatched the La Liga title from under Barcelona’s nose in 2020. Domestic success has been hard to come by over the last decade or so, but Real have enjoyed another period as Europe’s dominant side.

Lifting the Champions League on 13 occasions, Real are record holders in the world’s most famous club competition and their 34 La Liga titles is unmatched.

The days of Eusebio-inspired European success are long gone, but Benfica continue to accumulate trophies.

So often the best team in Portugal, the Lisbon-based side have done 11 doubles and completed a treble back in 2013/14.

Olympiacos got their 45th Greek Super League title in 2019/20 and made it a double with their 28th Greek Cup.

It was the 18th double in the club’s history, and ended a relative drought having not won a league title since 2017.

Largely a feeder club for Europe’s best these days, Porto are the second-most successful club in Portuguese football and did the double in 2019/20.

It’s 29 Primeira Ligas and 17 Tacas de Portugal for Porto, accompanied by a couple of European Cups.

The dominant force of Jordanian football, Al-Faisaly have won 34 league titles, over double as many as their nearest rivals.

It’s not been limited to domestic glory, though, with Al-Faisaly twice winning the AFC Cup.

Much of this 74-trophy haul can be attributed to the Alex Ferguson era. The Scot won 13 league titles during his tenure and a couple of Champions Leagues along the way.

Treble winners in 2019/20, Bayern Munich have 30 Bundesliga titles to their name, accompanied by 20 DFB-Pokal triumphs.

Bayern are primed to be the dominant force in the 2020s with an immensely talented young squad.

The financial imbalance of European football has painted Ajax as plucky underdogs. While that’s not false, it is a misrepresentation of their standing in the history of the game.

Ajax are four-time European champions and have been crowned Dutch champions on 34 occasions.

Juventus have reigned supreme in Italy through the 2010s. They have nine consecutive Scuddetti, taking their tally to 36. Inter and Milan have just 18 apiece.

The Champions League remains the Holy Grail for the Old Lady. Despite such success domestically, they have only won Europe’s premier prize twice in their history.

The most successful team in Turkish football, winning more Super Lig and Turkish Cups than anyone else, Galatasaray have also tasted success on the continental stage when they lifted the UEFA Cup back in 2000.

Claiming their 19th English title in 2020 put them ahead of Anderlecht on this list, and just one behind their bitter rivals Manchester United.

Jurgen Klopp has brought the glory years back to Anfield with the red-half of Merseyside celebrating their sixth European Cup in 2019.

If Klopp can keep his team performing as they have in the last couple seasons, Liverpool will be climbing this list quickly.

Supported all over Belgium, Anderlecht are 34-time champions and nine-time Belgian Cup winners.

One of the few teams in Europe to have purple as their main colour, they are a recognisable side, but are suffering a quiet spell having not won a trophy since 2017.

Previously known as Steaua Bucharest, FCSB are Romania’s most successful side. It’s been a relative barren period for the Bucharest-based team, however, having finished runners-up in the top flight in each of the last four seasons.

They are still waiting for that 27th league title after winning the Cupa Romaniei for a record 24th time in 2019/20.

The 44-time champions of Paraguay, Olimpia have collected trophies throughout the club’s history. Their three Copa Libertadores triumphs is only bettered by sides from Argentina and Uruguay.

The Dean have been home to several notable players over the years – they are currently captained by former Premier League striker Roque Santa Cruz.

With two of the top five most successful football clubs in terms of trophies, Scotland is one of the top football nations when it comes to major honours.

Rangers and Celtic - both located in the city of Glasgow - are two of the biggest rivals in football and have dominated Scottish football for many years. Betting expert betting tips may struggle to split the two teams but every football fan has a preference.

By the same token, two Uruguayan teams feature on this list; Penarol and Nacional. In terms of teams outside of Europe, there are just three other teams in the 20 most successful clubs in world football.

Manchester United are the most successful English club on this list though Liverpool are breathing down their necks. Again, two of Britain's top rivals, it wouldn't be a huge shock to see the Reds turn the tables in the coming years.

Football Betting Tips
About the Author
By
Sam Cox