Champions League 2019/20: Why Lisbon Tournament Is Fantastic For Football

888sport football betting tipster looks at the 2019/20 Champions League ahead of August's tournament in Lisbon - playing Europe's elite club competition this summer is great for the sport... 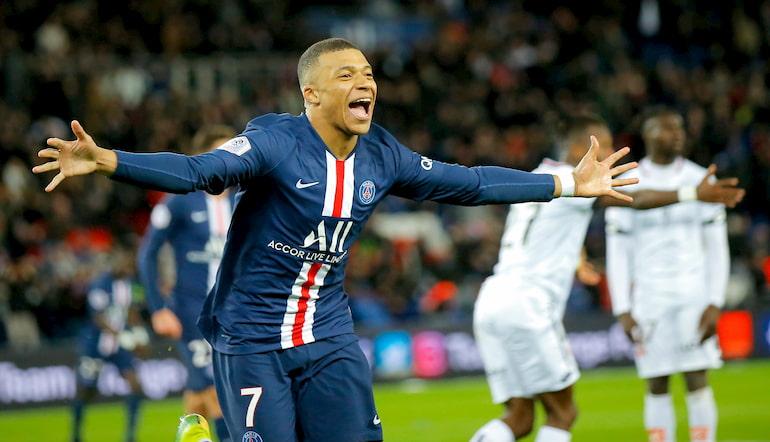 The Champions League, like the majority of sports tournaments, will look very different in 2020. Home and away legs are no more, hostile atmospheres are not a factor.

Lisbon will play host to the climax of this season’s Champions League.

Benfica and Sporting’s stadia are going to be home to the quarters, semis and final. Instead of the usual two-leg format, these will be straight knockout matches – it’s much like a club version of the World Cup.

The demands of the teams are unique to European football. The one-leg elimination has not been seen in the Champions League for decades. It’s an alteration that will force tactical rethinks for some, and opens opportunities for others.

Those in the category of outsiders in Champions League betting know their task is more straight forward.

Winning against the odds is easier in a one-night tie, one match where a red card or penalty can change it, where a time can ride luck or find an otherworldly performance to spring a surprise.

It’s rare there are minnows in the last eight of the Champions League. This year is no exception.

Atalanta come the closest to such status, and while PSG would have been favoured to win a two-leg tie against the Serie A entertainers, La Dea will arrive in Portugal on the back of a superb league season.

The financial might of PSG matching up with Atalanta suggests it would be an upset. To a degree it would be. With the depth of talent the Parisians have, and being supposed favourites, a shortening of the tie should favour Atalanta.

Napoli can be looked at in a similar way. They are not as exciting as Atalanta, and they still need to get past a dysfunctional Barcelona in the last 16. They would be greater underdogs than their Serie A peers if they make it to Lisbon.

This is where, and this was a noted concern about playing behind closed doors initially, the supposedly lesser teams might be hit with a disadvantage.

The increased uncertainty of a one-leg knockout should benefit them, but the loss of a home match, of the ferocious San Paolo atmosphere, is clearly important.

Perhaps the absence of any fans serves as an equaliser. Bayern don’t get the bonus of welcoming opponents to a bouncing Allianz Arena.

This is a never before attempted effort from UEFA. Reasons can be pondered to lean towards the already favoured sides, but the most significant factor of all is the move from two legs to one.

Randomness will increase – Atalanta, Lyon, Napoli and Leipzig making the semis isn’t as ludicrous as it might sound.

In this case, the rules and structure of the tournament were rewritten midway through. The challenges associated with winning the Champions League are no longer the same – albeit new ones have been created.

The notion of an asterisk, unless applied by the tournament organisers, is a strange one. Every champion has what-ifs, good fortune or circumstances that nudge matches in their favour. Sporting success can be downplayed easily.

In times of pandemic, that task becomes yet easier. If PSG lift the trophy next month, of course it is different to doing it over two legs, but does that really make it illegitimate?

Along those lines: Should a team’s title be pinned with an asterisk if they land a particularly easy draw through to the final? Should an injury to an opponent’s key player change how their success is viewed?

Of course, the answer to all of those questions is no.

Those lines of questioning will be raised in before, during and after this festival of football in the Portuguese capital. Perhaps the name on the trophy will influence how prevalent such conversations are.

Becoming champions of Europe in 2020 will be unique. It will be a path no team has taken before, facing circumstances no one envisaged when qualifying began last summer.

The case for an asterisk is clear. Perhaps there’s a stronger argument that this title is greater than all that came before.

Money is the driving factor in most sporting decisions. Putting on this Lisbon-based Champions League is no different. It would be naïve to pretend this is about sporting integrity or preserving a streak of crowning a champion of Europe.

The reasoning doesn’t have to alter how this is looked at. The arrangements put in place to even get to this stage are impressive.

Playing what is an international tournament in a time when travel has been widely shut down is an ambitious endeavour.

It could yet fall flat on its face, but reaching the point where draws are being made, and people who bet on football are thinking about the Champions League again is an achievement of sorts.

After months without football, fans worldwide have had an all-you-can-eat-buffet to gorge on near enough every day over the last couple months.

The most gluttonous among us can continue to stuff our eyeballs with elite football for a few more weeks to come thanks to the Champions League’s planned return.

That is great for supporters. Knockout tournaments are fun. They aren’t the fairest way to crown a champion, but a condensed set of matches, where the unpredictability and momentum of teams is in the air, draws audiences.

It will have a World Cup-like feel – this will be the closest thing 'soccer' gets to March Madness.

The true legitimacy of this year’s champion will be debated for years to come. Just as other leagues are pondering, that is a conversation for another time.

In the moment, the improbable return of the Champions League is a welcome surprise. It will be different, it might seem a bit weird, but seeing the best teams in Europe go up against one another over 90 minutes is exciting.

The potential to attract a yet greater audience, and to take a short period in August for football to be centre stage once again, can make this great for the sport. Most of all, though, it is great for the fans (particularly neutrals).