Which domestic league is the best in European football? Our expert ranks the top 5 leagues in Europe in 2021/22... 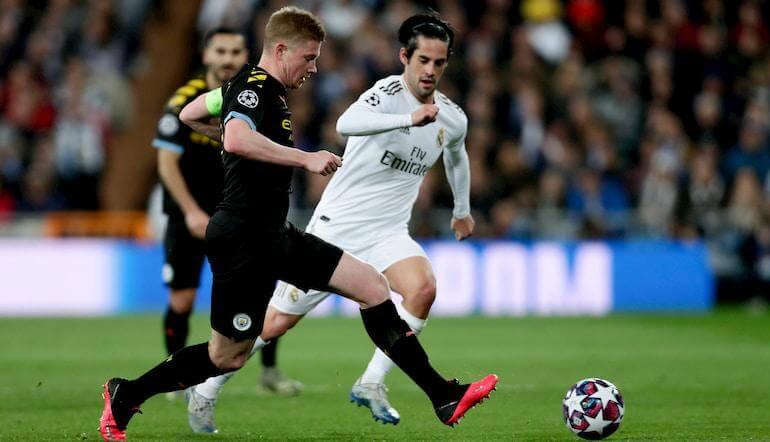 Comparing the top five European football leagues is one of those discussion points that rears its head every few months - it is as topical as choosing a NAP in football betting each weekend.

It’s a timeless topic, an area that can provoke debate and frustrate. In many ways it is subjective, and those who favour one league over another (for whatever reason) obviously bring their own chunk of bias to the table.

The ‘strength’ of each league is not a straight forward evaluation. European performance is often used, but the unpredictability of knockout football makes that imperfect.

Not to mention, that is putting the league’s best against Europe’s best – which does not tell us the overall strength of the Premier League or Bundesliga. For instance, Arsenal losing to Schalke doesn’t mean that West Ham are worse than Hertha Berlin.

Some are more favoured in online football prediction betting tips. Some leagues are richer than others.

That’s not what we’re looking at here, though. A combination of standard and competitiveness will define these rankings of the top five European leagues…

As of mid-August 2021, Ligue 1 has dropped OUT of the top 5 European leagues based on the UEFA coefficient. While most football fans believe that the French top flight is still worthy of this status, it has been replaced by Portugal's Primeira Liga.

However, for the purposes of this article we are sticking with Ligue 1 as one of the 5 biggest leagues in European football. With Lionel Messi now moving to Paris Saint-Germain, the stock of French football has never been higher.

The UEFA coefficient rankings are based on a number of factors but PSG's success in recent years has kept Ligue 1 relevant when it comes to European football tips. Messi's arrival is only going to enhance its status as one of Europe's top 5 leagues.

The official list of top 5 European leagues in 2021 may suggest otherwise but Ligue 1 is now home to one of the best teams on the planet AND the greatest player of all-time. Those two factors are enough to support Ligue 1 staying in the conversation.

The French top flight isn’t the only one that has been dominated by a superpower in the 2010s.

Paris Saint-Germain, winning seven of the last eight Ligue 1 titles, have had a slip up where others haven’t, but the margin of victory for the nouveau riche in the capital is most alarming.

PSG’s dominance on the pitch is replicated in the transfer market. They are one of the richest clubs in the world, and Lyon (who have finished in the top three on five occasions in the last eight seasons) are barely in the top 20.

Lionel Messi's arrival in the French capital strengthens Ligue 1's case but is his presence enough to feature towards the top of this list? Unfortunately not in our view...

Monaco’s run to the semis in 2017 was the last time a Ligue 1 team came close to winning the competition, but their team was promptly picked apart by wealthier clubs.

Ligue 1 has produced some of the world’s best talents. There are some wonderful players up and down the league, but it’s comfortably fifth in these rankings.

One of the aforementioned teams who have owned the league title even more so than PSG, Juventus had won nine Scudetti in a row.

They relinquished their grip on the Serie A trophy last season but Massimiliano Allegri is back and Juve remain a force to be reckoned with.

While Italian domestic football is generally considered stronger than in France, and Juventus have been more of a threat in the Champions League than PSG, the majority of the last decade presents a similar picture.

The two Milan giants have been in the doldrums for much of that time. Juventus through a combination of bargain and blockbuster signings have constructed a squad far clear of the chasing pack.

Roma’s run to the Champions League semis a couple of years ago was similar to Monaco’s, an anomaly rather than a serious run towards the trophy.

We have to go back to 2011/12 to find the last non-Juve team to make the quarters prior to Roma’s run.

It’s a long time since Serie A was the top league in the world. The nostalgia perhaps leads some to overrate it, and the promise of these big-name clubs returning to the forefront of European football is a lure.

For a long time now, though, it has been a one-team league at the top. Stronger depth than Ligue 1 earns it fourth here.

It’s eight in a row for Bayern, just like Juventus.

Borussia Dortmund have finished as runners up in five of those campaigns, following on from their two titles at the start of the 2010s.

Despite a run of four different champions in five seasons at the end of the noughties, the rise of RB Leipzig and a group of teams finishing in the top four over the last eight years, it has been all about Bayern in recent memory even when there’s seemed to be a title race.

Schalke, Monchengladbach, Wolfsburg, Leipzig, Hoffenheim and Leverkusen have all finished in the top three in the last six seasons.

Wolfsburg were Champions League quarter finalists in 2015, Schalke pushed Real Madrid hard in the last 16 the season prior.

The monopoly argument can be thrown at the Bundesliga just as it can with Ligue 1 and Serie A.

The teams just behind Bayern are perhaps closer, and likely stronger than their counterparts in France and Italy. It seems like a generally deeper league.

Where it has been quality all the way down the table that split the previous three, it’s all about peak performance in Spain.

Cristiano Ronaldo and Lionel Messi have gone but the likes of Eden Hazard, Luka Modric, Jan Oblak, Luis Suarez and Antoine Griezmann are lighting up the Spanish top flight - La Liga is still home to many of the world’s very best.

Real Madrid and Barcelona are always among the betting favourites for the Champions League. Atletico Madrid are never far off either.

La Liga has benefited from Diego Simeone’s Atletico. They won a title, they are a constant thorn in the side of the two that have a near-permanent duopoly on the top of the Spanish game.

You have to go all the way back to 2011/12 to find the last time someone other than those three finished in the top three, and while that’s not great, La Liga hasn’t experienced the same continued dominance of one team at the top.

There were two all-Spanish finals in the 2010s and, led by Real Madrid, Spanish sides won six out of eight Champions League finals.

The mid-table in Spain might not be as strong as the comparable teams in other countries (or that’s the common perception), but the quality at the top is enough to get them second here.

The 2010s wasn’t a great decade for the Premier League on the European stage, with betting expert betting tips on English clubs taking a bit of a hit over the period.

The wane of Manchester United, changes at Manchester City and general turmoil at Chelsea saw a much weaker effort in continental action after English clubs were the main force in the late-noughties.

That has begun to change, however, with an all-English final in 2019 coming 12 months after Liverpool became the first English team since 2012 to make the final.

Instability at the bigger clubs, the fact that there are more teams who can seriously compete in the transfer market, has led the Premier League to produce a greater variety of title winners.

The last five seasons have delivered four different champions. Chelsea, Leicester Arsenal, Tottenham, Manchester United and Liverpool have all been in and out of the top three.

The inconsistency and occasional turmoil that has hampered the Premier League from delivering in the Champions League has also meant more change in the European spots.

Being the most-watched league in the world means a lot more revenue. The money in football is, as we all know, astronomical.

The way that revenue is shared in the Premier League gives greater financial muscle to the mid-table and below teams, who can compete for signings that their supposed peers in France or Italy could not.