While the plan sounds fantastic for football betting fans on paper, there are major doubts over whether a European Super League would be plausible 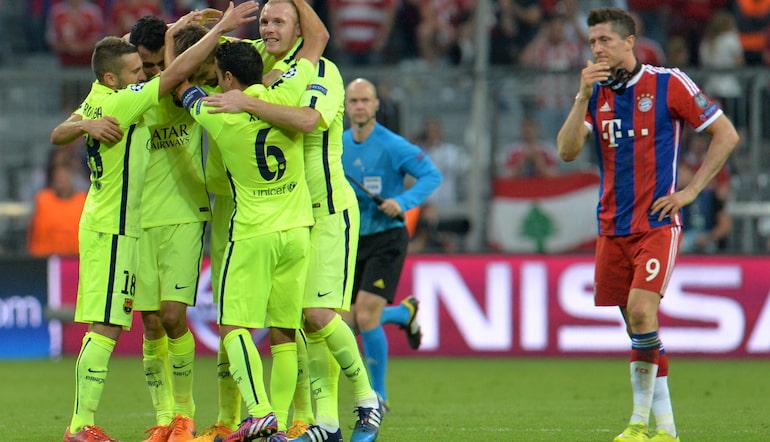 The concept of a European Super League is not a new one. It is, perhaps, becoming more likely.

As recently as 2018, leaked documents suggested a more clearcut plan for a Super League than ever before. The idea has been floated in the past, but this gave a proper sighting of what Europe’s top clubs have in mind.

A European Super League would take a similar shape to domestic leagues, while ruining them. The top 18 or 20 teams in Europe, those who draw the greatest television audiences, would play each other in a league season.

European competitions, as a result, would lose relevance and the domestic leagues would take a potentially fatal hit.

Champions League betting may no longer be a thing. Europe’s elite would be in their own closed-door playground away from the riff-raff of the slightly less wealthy.

It is about money. There will be some who want to paint a different picture, but it is misleading to claim this is about anything other than wealth.

It’s no surprise the owners want more revenue, and maybe the richest men involved will get they want. What is telling, though, is how managers have responded. Both Pep Guardiola and Jurgen Klopp have spoken out against a potential Super League.

The ultra-cynical could argue that Klopp and Guardiola are happy playing in domestic leagues because it’s easier to win. That’s a particularly mean-spirited evaluation.

Guardiola’s comments were more nuanced than a crude thumbs down – he spoke of how it will damage the leagues, how removing the biggest sides will hurt everyone else.

Perhaps the only feasible upside to a European Super League would be the uptick in quality. Fewer matches seeing Manchester City play a mid-table Premier League team off the pitch is fine.

The Champions League is fun – it’s understandable if some want more of a good thing.

The novelty is part of the excitement of the Champions League. Seeing City play PSG every few weeks will quickly take the shine off it, and while the gap in quality might be smaller, the weaker teams in the Super League will still be far inferior to the best.

Forcing all of the best players in the world into a Super League, trying to concentrate the talent, should increase the quality of the matches, but how quickly would that become repetitive without local rivalries, without cup competitions, without European qualification and relegation?

The teams featuring in Champions League expert picks playing each other every week sounds better than the reality might be.

This would not be an isolated endeavour, either. Such a breakaway from the biggest clubs would harm all the teams they leave behind.

La Liga without Barcelona and Real Madrid, and possibly Atletico too, would not survive in its current form. With the money concentrated greater still at the top clubs, the others will struggle to survive.

Talk of Champions League restructure risks increasing the gap between the richest and the rest, but a Super League would be much worse.

The impact would go beyond the top flight teams, too. Revenue sharing is insufficient at the moment, but the cash injection into domestic football would crumble.

For instance, the financial reward for promotion from the Championship would plummet, and the parachute payments would shrink markedly.

If the wealthiest, most marketable teams leave even the flawed notion of their money helping the rest of the teams around them vanishes. It would see the teams outside the Super League fade quickly, unable to compete.

Options to bet on football could soon disappear. Football around Europe would not be the same, and clubs could go out of business.

Whether a European Super League will work depends largely on the owners.

For all the opposition of former players and managers, the decisions will be made by those at the very top. If enough owners and boards are keen on it, it’s likely to happen.

The figures are stark. Each club, per the leaked documents, could land nearly half a billion pounds per season. That’s five times the amount that Champions League winners receive from UEFA.

To lean into cliché: Money Talks. Football is one of the world’s best examples of this. Teams with enough money can attract players. If wealth decides the future of football, a Super League is seemingly inevitable.

The most obvious way for this not to happen would be a boycott. Owners and directors could lose momentum for this ambitious, unpopular project if people like Guardiola and Klopp said they would not be involved.

The draw of a Super League is much less if the best managers and top players turn it down. That would, of course, mean those players and managers are risking a loss of earnings.

A player opting out of the Super League is unlikely to land a comparable contract elsewhere. Could this be where the people who make the sport so successful draw the line? Would Kylian Mbappe or Erling Haaland reject a Super League?

The Champions League Lisbon tournament has potentially given a taster of what a Super League would look like.

An alternate reality of superstars playing each other in a fabricated environment might be exciting in these unique circumstances, but is it what players and managers really want?

Of course, plans for a Super League will involve fans, but the atmosphere will be different. Away fans will be rarer – a European away day isn’t the same when it’s for a routine league fixture, travelling to a city your team play in often.

There are so many reasons that a European Super League is terrible. High-profile people have already spoken against it.

It is an idea centred on making more money for the ultra-rich. Owners of the top clubs have little interest in closing the gap between football’s haves and have-nots.

Barring significant opposition from the real stars of the show, the Super League seems like a sadly inevitable progression.