Who makes the star-studded starting line-up in our Europa League combined XI? 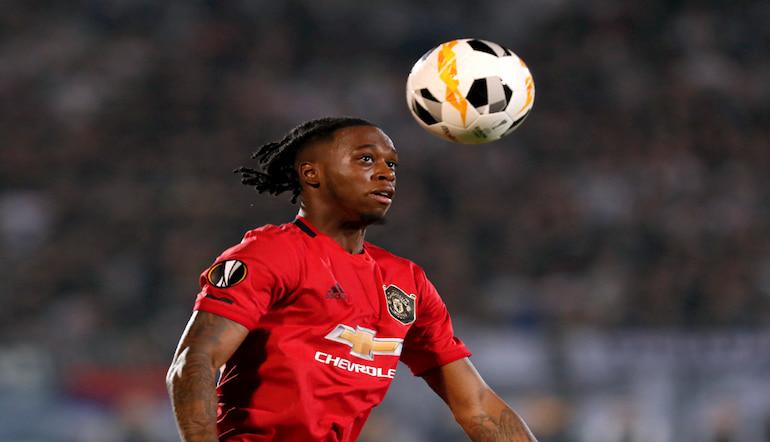 The Europa League is an underrated competition. Entertainment levels are high, and if we can overlook some of the lesser-known teams in the group stages, the standard is better than its reputation suggests.

Teams littered with Europe’s best players drop into the Europa League every season. There are blockbuster ties, packed crowds, and pressure moments, particularly for those viewing it as the best route into next season’s Champions League.

Deciding how to go about this combined XI wasn’t easy. Picking the top performers of the group stage was an option, but instead, let’s celebrate the best players left in the competition.

Inter are going to feature in many football tips over the remainder of this season as Antonio Conte pursues a Scudetto/Europa League double.

Samir Handanovic is up there with the best goalkeepers in the world. There are some great shotstoppers left in the Europa League, but Inter’s number one gets the nod ahead of Bernd Leno and Rui Patricio.

There are criticisms of Aaron Wan-Bissaka’s game. He still has work to do on the ball, and it’s hurting Manchester United’s already limited attack.

It’s unfair to focus on the attacking end of the pitch, though, when he’s one of the best one-on-one defenders on the planet.

Those long legs seem to be able to make the cleanest of tackles even when the opponent has gone past. Wan-Bissaka registers four tackles per game, according to WhoScored, good for third in the Premier League.

He is dribbled past 0.8 times per match, less than half as often as the two players who make more tackles (Ricardo Pereira and Wilfred Ndidi).

Premier League followers may find it hard to believe how good Chris Smalling has been for Roma this term. He’s fourth in Serie A in interceptions per match and has thrown himself in front of everything.

Roma are hoping to chase down Atalanta for the final Champions League place. They might not be prioritising the Europa League, but they should make it past Gent.

Stefan de Vrij plays at the heart of Inter’s defence – the Dutchman has been a rock this season. Milan Skrinar could have easily taken this spot; it was only right that one of Inter’s centre-backs slotted into this defence.

Harry Maguire has a decent case for inclusion too and Porto veteran Pepe might make it in for some. The first Porto inclusion comes at left-back, however.

This was a tricky one. Alex Telles takes the left-back spot, but it wasn’t without serious competition from Alex Grimaldo, Aleksandar Kolarov, Sergio Reguilon and Nicolas Tagliafico.

While left-back is a weakness for several of the Premier League’s top teams (Chelsea, Arsenal, Tottenham and Manchester United could all be looking to reinforce on the left this summer), there are plenty of great talents around Europe.

There’s a strong argument for any of the players mentioned.

It’s a special generation of Croatian midfielders. Luka Modric and Ivan Rakitic have starred in Spain in recent years, but it’s Marcelo Brozovic who is stepping up as we begin the 2020s.

The third, and not last, Inter player in this XI, Brozovic has a versatile skillset. He can play as the six, eight or even a bit further forward if required.

Paul Pogba would have taken this spot if fully fit, and Joao Moutinho’s compatriot Bruno Fernandes was in contention. The Wolves man settles in alongside Brozovic, though, allowing the front four to wreak havoc.

Celebrating his 34th birthday later this year, Moutinho was long linked with a Premier League move before joining Wolves.

He’s been one of the most underrated midfielders in Europe throughout his career – his experience will prove invaluable as they look to progress in the Europa League.

After years of ripping up the Eredivisie and dazzling in Europe, Hakim Ziyech has got his big move. The left-footed creator will join Chelsea this summer, and he’ll be eyeing up a European triumph with Ajax before departing.

Ziyech is a mesmerising to player to watch. He’s an improved presser, and capable of the spectacular with his left boot. Although he can play as the 10, the 26-year-old will start from the right in this team.

Shifting between the midfield three and supporting the centre forward, Kai Havertz is down the middle in this side.

The 20-year-old is one of the most exciting young talents on the planet and ranks among the most creative players in the Bundesliga.

Standing at over six-foot tall, Havertz has the frame to compete in the middle third. He can play wide when required, too.

A possible future Ballon d’Or winner, Havertz is destined for a transfer in the near future (Bayern and Liverpool have been linked).

The only player with more Eredivisie assists than Ziyech this season, Dusan Tadic was nominated for the 2019 Ballon d’Or and is a different player from the one we saw in the Premier League.

He’s been revitalised in Amsterdam following an underwhelming spell at Southampton. Tadic will nominally be on the left in this XI, but with the freedom to drift across the pitch as Telles will be providing the width.

Manchester United have been widely criticised for selling Romelu Lukaku. His performances for Inter haven’t helped with that. The Belgian has been rattling the goals in, scoring 21 in all competitions.

Pierre-Emerick Aubameyang and Lukaku’s strike partner Lautaro Martinez pushed the former Chelsea man all the way for the lone striker berth in this team.

Lukaku has an incredible track record, though, and is leading an Inter team on course to end Juventus’ dominance in Italy.

Who knows, maybe Lukaku can bring Nerazzuri their first European trophy since Jose Mourinho’s treble, too.