Euro 2020 Final: Will England Be Involved?

Gareth Southgate will be hoping that the delay to Euro 2020 plays into England's hands ahead of what could be a huge year for the Three Lions... 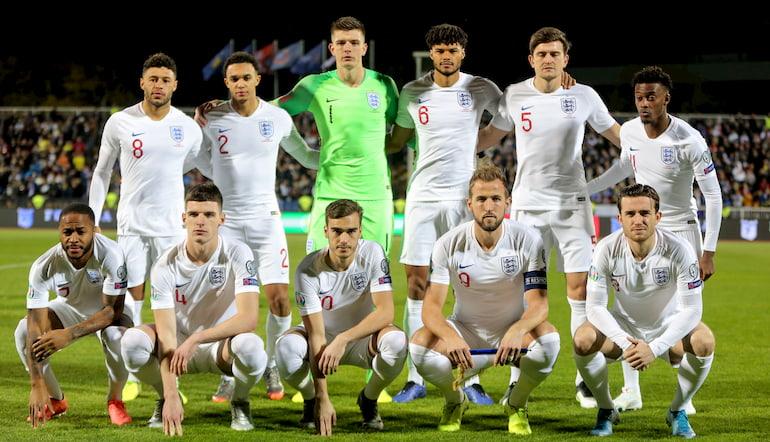 The Euro 2020 Final was due to take place on July 12th. With the tournament delayed until 2021, it’s a long wait for the fans and players who spent months, or even years, looking forward to a summer of international tournament football once again.

For some teams, it will be a welcome chance to develop players and recover from injuries. Others will see it as a missed opportunity, a time when their key men will age.

England are one of the football betting favourites. Gareth Southgate’s team were brilliant in qualifying (only Belgium scored more goals), backing up an excellent World Cup in 2018 and some superb performances in the Nations League.

A lot can change in a year, but England have an embarrassment of riches across the squad ahead of the Euros next summer.

If the Euros had taken place this summer, England already had a talented young squad. Southgate had depth in most positions, players in form and world-beating talents in Trent Alexander-Arnold, Jadon Sancho and Raheem Sterling.

The year of football could see fresh talents flourish. Phil Foden and Mason Greenwood are making their mark in Manchester.

Bukayo Saka has just been handed a well-deserved big contract with Arsenal. Mason Mount is developing as an all-round midfield player under Frank Lampard at Chelsea.

There are potentially more to come, too. Callum Hudson-Odoi and Ruben Loftus-Cheek are on their way back from major injuries, but Southgate clearly rates the pair.

Harvey Elliott, Curtis Jones and Neco Williams should get minutes for Liverpool in 2020/21. Tariq Lamptey has made a great impression for Brighton.

To call this a new generation would be unfair on Alexander-Arnold and Sancho. They are established among the elite and they are younger than some of the aforementioned up-and-comers.

What it shows, when we glance down the recent England squad lists, is the age profile of this England squad, the group of players Southgate has trusted, is at no risk of decline with an extra year to wait for tournament.

A significant chunk will not hit their supposed peak until the 2022 World Cup or beyond.

Sure, it’ll prove frustrating for some. Players who seemed a lock will miss out on the squad. For England and Southgate, though, it gives time to players who are already impressing in senior football.

It would be dishonest to pretend this is a squad without weakness. Jordan Pickford is under pressure for the number one spot. Deep-lying midfield is a concern and the options at centre-back are not as impressive as elsewhere on the pitch.

Some players not mentioned here could break through in the next 12 months. Some seemingly on course for stardom may stall.

What England have is not dependent on a single player becoming a star, and that’s what’s so important.

For as exciting as these starlets are individually, England have enough quality (in most positions, at least) to not be reliant on Foden becoming Andres Iniesta or Greenwood turning into peak Robin van Persie before next summer.

Heading towards what was meant to be the highlight of the summer for football fans across Europe, England were facing uncertainty about the fitness of Harry Kane and Marcus Rashford.

With both sidelined for a long period, it was unclear when they would come back and how much match fitness they could build up before the tournament got underway.

Rashford was unlikely to start, but as the first forward off the bench, he would be a big loss.

Kane, still arguably the best striker in the Premier League and England’s captain, might be England’s most important player despite his injury issues and relative drop off in production.

Going into a tournament without Kane would have seriously hurt England’s chances.

Others were likely carrying knocks from an arduous season. A prolonged, enforced break, which lockdown imposed, is alien to elite athletes. It will have helped many.

With a year to go until Euro 2021, the chance to recuperate and recover might prove to be meaningless. There are a lot of matches to be played between now and a potential appearance in the final for England.

Players will get injured, and fatigue will build up. England can hope that no player as talismanic as Kane suffers a long-term injury.

It’s worth noting too that England, of course, are not the only team to benefit from this. France will hope to have a fully fit Paul Pogba. The same goes for Belgium and Eden Hazard.

There were superstars who were unlikely to be at their best for Euro 2020. Hopefully the delay means the majority of Europe’s best will be ready to take centre stage.

Being an England fan is about hope. It’s about expectation, pressure. Overhyping young players is a staple of the English sports media.

There is such a desire for success – the country wants to find the next Paul Gascoigne, the next Bobby Charlton.

A jog through old articles can find optimistic pieces about a ‘new generation’, looking at Steven Taylor, Michael Johnson, Danny Welbeck and others as the future of the England team.

At their time, each of those players looked to be set for the very top.

Predictions for England’s 2020 squad from five or 10 years ago proved to be well off. International football, and tournaments by their very nature, are unpredictable.

Looking a year ahead to Euro 2021 Final, there are too many variables to really guess if England will be there.

What we can look at, though, is the current state of the team, the age of the players and the potential for younger players to progress over the next 12 months.

This group of England players, the depth of options that Gareth Southgate has, feels different. They are a cut above anything England have produced before.

Euro 2020 betting favourites or not, the rest of Europe’s footballing powerhouses will be wary of the Three Lions next summer.