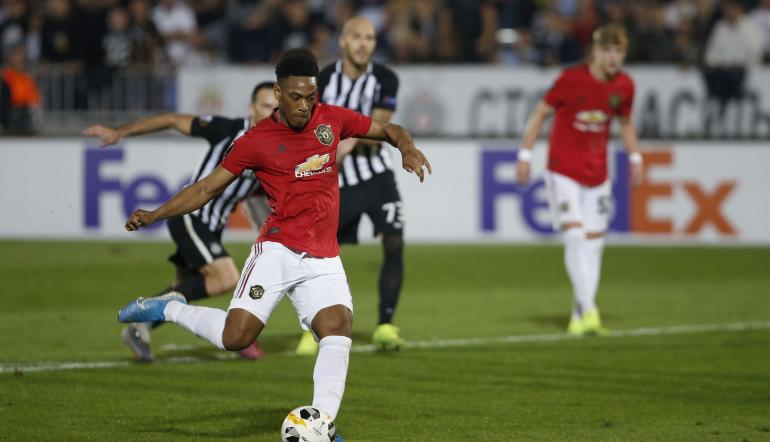 With the midweek Champions League fixtures out of the way, attention turns to Thursday’s Europa League matches. Four clubs are flying the flag for the Premier League while Celtic and Rangers are representing Scotland.

The Europa League is notorious for entertainment and goals could be the order of the day ahead of matchday four. Without further ado, let’s take a look at four of the biggest games taking place on Thursday night.

At the time of writing, Lazio are fourth in the Serie A table and the home fans will expect a big performance here. Three points will see Lazio move to just one point behind Celtic with two group games remaining – there is still everything to play for.

Celtic and Rangers are matching strides in the Scottish Premiership but Neil Lennon’s side must now turn their attention to Thursday’s Europa League clash. Currently sitting pretty at the top of Group E, a positive result is vital for momentum.

The selection landed a fortnight ago and another high-scoring affair looks likely. The 13/8 on offer for both teams to score could be the way to go.

Currently top of Group L, Man United know that a win here will probably be enough to seal progression to the knockout stages. Ole Gunnar Solskjaer’s side have been up and down in 2019/20 though and this has banana skin written all over it.

Partizan Belgrade held their own against Man United on home soil but this is a greatest test and we could see the visitors crumble at Old Trafford. If the Serbian outfit can silence the home crowd, confidence will grow and a shock could be on the cards.

The 5/6 available in football betting odds for United to win the first half is well worth taking. If the Red Devils are at their brilliant best, they will be difficult to stop in this clash.

Write Rangers off at your peril. Steven Gerrard’s side have been sublime this season, giving Celtic a real challenge at the top of the Scottish Premiership. In Europe, Rangers are in with a real chance of qualification – three points here will really help.

Porto are level on points with Rangers ahead of their trip to Glasgow and the visitors know that a loss will hinder their chances of progression. On paper, Porto tick all the right boxes for success this season but they haven’t been up to their usual high standard.

Punters should take the 16/25 for both teams to score. Gerrard’s men usually score at Ibrox while Porto are solid going forward – this is arguably the best bet of the night.

A win for Wolves will put the Premier League side on the cusp of the knockout stages with two group games remaining. It won’t be straightforward but Nuno Espirito Santo’s side have lost just one of their last 10 games in all competitions.

Slovan Bratislava have been very hit and miss this season but it would be foolish to write them off completely ahead of this clash. On paper, Wolves are the superior outfit but the Slovakian giants will be hoping that their latest domestic triumph gives them a boost.

Taking everything into account, it is hard to back against Wolves at Molineux. 5/2 for the hosts to emerge victorious with both teams scoring could turn out to be a very good price.