The two London clubs will do battle at Wembley Stadium this weekend but who will come out on top? 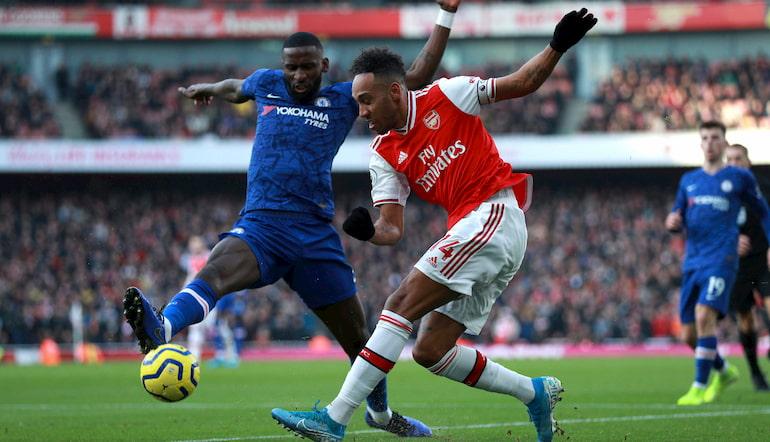 And then there were two. At the end of an unprecedented season for football betting fans, Arsenal and Chelsea will fight for supremacy in the FA Cup final at Wembley Stadium. It will be a unique experience but the show must go on.

Eager 888 sport prediction followers will notice that Chelsea are sports betting favourites at 23/20 but we saw shock results in both semi-finals and Arsenal fans will be hoping for another stroke of luck this weekend.

Chelsea slipped down to fourth in the Premier League table but the Blues finished the campaign on a high with a 2-0 victory over Wolverhampton Wanderers. Frank Lampard will be demanding another convincing performance on Saturday evening.

Arsenal have won this competition in three of the previous six seasons and plenty of punters will be expecting the north London outfit to prevail. With Pierre-Emerick Aubameyang firing on all cylinders, Arsenal may take some stopping.

The Gunners have lost just two of their last 11 matches in all competitions and Arsenal are overpriced on that form. Mikel Arteta’s side are far from reliable but Arsenal fans will take confidence from their semi-final victory over Manchester City.

At the football betting tips prices, 13/10 for Arsenal to lift the trophy is tempting if you fancy the Gunners to turn up and produce something close to their best form.

Chelsea Will Have To Manage Pressure

Lampard’s men have failed to live up to the hype at times this campaign and they will have to cope with going into the contest as FA Cup betting favourites. Silverware is on the line and the first goal in a match like this could be decisive.

With a full week off to prepare, Chelsea should be raring to go come Saturday evening and Lampard will have a game plan to combat Arsenal’s attacking threat. If Chelsea get it right, the Blues will be difficult to break down.

Chelsea have played some superb football in recent months and neutrals will be expecting the Blues to come out on top. On all known form, Chelsea are probably the team to beat…

Both teams to score has landed in four of the last five meetings between the two sides and we should expect another goal-laden affair at Wembley this weekend. The 7/10 available for Arsenal and Chelsea both to score is worth snapping up.

Neither side is a pillar of consistency but Chelsea are arguably better placed to pull a victory out of the bag. It has been a solid introductory campaign for Lampard as Blues manager and he can put the icing on the proverbial cake with FA Cup glory on Saturday night.

If you are looking for expert football picks on goal scorer bets, one of our best 888 tips is for Aubameyang to score at 8/5. The Arsenal captain has been in supreme form this season and he got his name on the scoresheet in the 2-1 defeat to the Blues back in December.