The biggest upsets in FA Cup fifth round history - which shock result was your favourite? 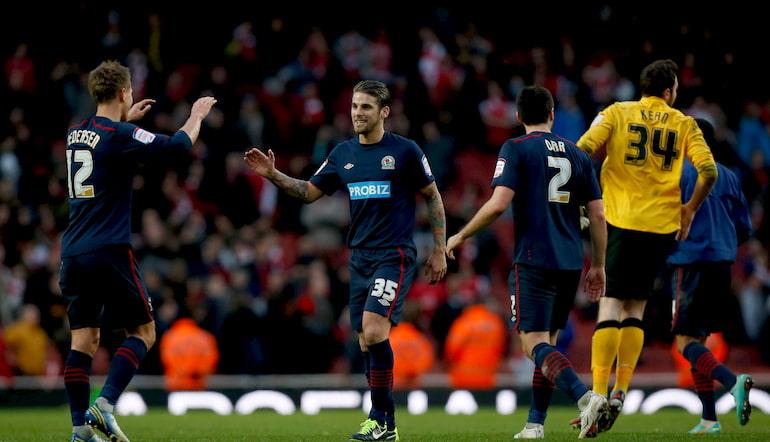 The later we get into the FA Cup, the rarer shocks become. The biggest third round upsets are famous, and there’s usually a shock of significance every season. It’s a bit different by the time we reach the fifth round.

Minnows have been knocked out, and the smaller clubs that remain are often drawn against the best clubs in the country.

Teams who have ridden waves of adrenaline and excitement have reached the end of their journey and, in recent years especially, the fifth round has been dominated by Premier League clubs.

The depth of the top sides allows them to see opponents off even with heavily rotated teams.

Featuring three matches from this century and a couple from the distant past, we have selected five of the biggest fifth round shocks in FA Cup history…

Fourth tier Colchester were a team of veterans when they hosted Leeds in the fifth round in 1971.

Referred to as ‘Dad’s Army’ by much of the press, they were heavy underdogs against a Leeds team led by Don Revie and featuring Jack Charlton and Norman Hunter.

Ray Crawford was Colchester’s hero at Layer Road, physically imposing himself on a Leeds defence that was vulnerable to the aerial ball. Crawford scored twice in the first half to give the hosts a commanding two-goal lead, and they made it 3-0 just after the interval.

Leeds turned it on after that, though. Two goals in 12 minutes made a comeback look possible, but Colchester clung on for the final few minutes to celebrate what might just be the greatest upset in fifth round history.

Revie congratulated the Colchester players after the match and Crawford became an FA Cup legend.

Lincoln’s 2017 FA Cup run was historic. They became the first non-league team in over a century to reach the quarter-finals when they snatched a last-minute victory at Turf Moor against Sean Dyche’s Burnley.

The Imps took over 3,000 to Lancashire for a nervy 90 minutes. Sean Raggett was the hero when he headed past Tom Heaton in the 89th minute, but that didn’t secure the victory the visitors.

Burnley fought straight back, piling on pressure through the five added minutes. Andre Gray could, and perhaps should, have scored an equaliser.

The win made Lincoln only the third non-league team ever to knock out four Football League sides in a single FA Cup run, having already got the better of Oldham, Ipswich and Brighton.

Unfortunately the dream of a Wembley appearance wasn’t to be, as Arsenal thrashed Lincoln 5-0 in the last eight.

Chelsea featured in our famous fourth round shocks and the west London club crop up again here, albeit several decades before their embarrassing loss to Bradford.

The Blues lifted the FA Cup in 1970 and were heavily fancied to cruise past Leyton Orient, who were near the bottom of Division Two.

A star-studded Chelsea team, featuring Peters Bonetti and Osgood and Ron Harris, arrived at Brisbane Road with few considering anything other than a comfortable win.

The match started how it was expected to, with Chelsea taking a 2-0 lead. Orient didn’t role over, however, and fought back with three unanswered goals to upset their London rivals and head to the last eight.

They were knocked out by another team from the capital in the form of cup holders Arsenal.

Liverpool’s FA Cup run was far from straightforward. Ties with Luton and Havant and Waterlooville had become hard work. Despite that, they were obviously expected to get the better of Barnsley at Anfield in the fifth round.

A Champions League clash with Inter a few days later was a bit of a distraction and led to Steven Gerrard and Fernando Torres sitting out.

They still had sufficient quality to win easily though, particularly considering Barnsley had just been forced to sign goalkeeper Luke Steele on an emergency loan.

Dirk Kuyt gave the Reds the lead, but Steele put in the performance of his life to keep it 1-0 at the break.

Stephen Foster equalised before the hour mark and, with Steele holding Liverpool off, Barnsley skipper Brian Howard struck an inch-perfect shot into the bottom corner late on to claim an improbable victory for the visitors.

The 2012/13 season wasn’t a nice one for Arsenal in domestic cup action.

Having been knocked out of the League Cup by Bradford, Arsene Wenger named a very strong team for the visit of Blackburn Rovers. A routine win was surely on the cards at the Emirates.

It was a performance indicative of late-Wenger era Arsenal in many ways. Theo Walcott and Gervinho missed clearcut chances as they failed to break the deadlock against a stubborn defence.

Arsenal have, of course, gone on to enjoy plenty of FA Cup success since then. Mikel Arteta, who played that day, is now in the dugout. Blackburn remain in the Championship after getting relegated in 2012.