Jonathan Greening EXCLUSIVE With 888sport: West Brom Must Keep 'Bargain Of The Season' Matheus Pereira At All Costs

888sport sit down for an EXCLUSIVE chat with former Manchester United and West Bromwich Albion star Jonathan Greening to discuss a few of his previous clubs... 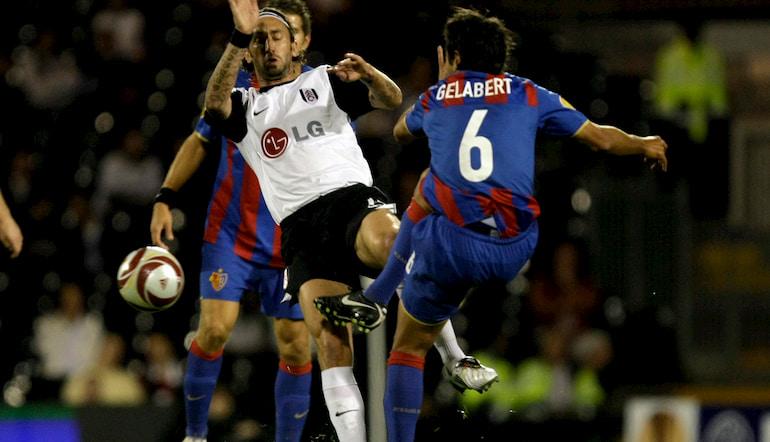 In a career that spanned two decades, Jonathan Greening experienced all manner of high and lows. At Manchester United, he was part of a treble-winning squad that has gone down in folklore.

At West Brom he helped them pull off one of the most incredible last-gasp escapes from the drop in living memory then later captained the Baggies to a Championship title.

At Middlesbrough, he played a pivotal role in the Teesiders reaching a first major final in 128 years only to cruelly miss out through injury. There have also been two relegations and a call-up to the England squad. All told it was quite a ride.

“I’ve lived the dream,” is how the versatile star puts it, rightfully viewing every set-back and achievement as sewn together parts of a single rich tapestry.

Here the 41-year-old looks back on some of his highlights and lowlights, concentrating on three of his former employers while assessing to their present status.

We begin at a club that, like the amiable coach, is also very familiar with the ups and downs that football brings.

Greening’s five years in the West Midlands saw the Baggies yo-yo between the top flight and the Championship and it’s an unstable state of affairs that has continued ever since.

Currently, on an upswing, West Brom seems destined for a return to the Premier League; competing with Leeds at the top of the table and embellished by the silky skills of their summer steal Matheus Pereira.

The Brazilian has lit up the Hawthorns all summer long and it’s fair to say that Greening is a fan.

“Absolute bargain. I’ve been back to West Brom a few times and every time he’s been one of the best players on the pitch. He can do a little bit of everything.

"He can take players on. He’s got a killer pass. He can get creative. He finds nice pockets of space and can score goals and set them up.

"Just as important though is his work ethic. He does a job for the team defensively. He seems to be a real team player.

"If West Brom falter and fall into the play-offs then don’t go up, there will be loads of club queuing to get him because they will only have to offer a little bit more than the eight million West Brom signed him for.”

If Pereira was an exciting capture for the club even he pales to their most important recruit this summer; a manager with international pedigree whose arrival to the Hawthorns brought a few raised eyebrows due to his willingness to drop down to the English second tier.

How crucial a role has Slaven Bilic played in West Brom’s recent turnaround?

“Bilic has been tremendous. To get him was a coup in itself and he’s brought a team spirit and togetherness and instilled a bit of old school fear too.

"He’s got Julian Dicks in there as well and if I was playing under Bilic and Dicks I’d make sure I turned up for training every day. They will be properly on it.

And the same goes for the games. If Bilic is your manager and Julian Dicks is his assistant, then there is no room for a 6 or 7 out of 10. He’d be demanding an 8 or 9 and that is certainly true effort-wise.”

One player who has certainly been putting in eights and nines since August is Jake Livermore, with the combative midfielder regularly bossing the very same centre-circle that Greening used to call his own.

If his performances have earned him widespread praise have, they also been enough to persuade England manager Gareth Southgate to take a second look as regards to inclusion in his Euro squad?

“I’ve watched him a lot this year and he has been very, very good; very consistent. Southgate has previously put him in the squad and liked him but then he had an off-season with a few problems as West Brom got relegated.

"But he seems to be back at it now and if you asked any West Brom fans they’d tell you he was in the reckoning for Player of the Year for his performances.

"He’s lost a little bit of weight and he’s a bit sharper. He has certainly put himself in the shop window for a place, but I actually don’t think he’ll be in the squad.”

Seeking regular football after finding himself on the periphery at Fulham, Greening joined Nottingham Forest in 2011 and excelled despite the club enduring a sustained period of chaos.

Now though, like the Baggies, the Tricky Trees appear to have finally found their footing, to such an extent that a play-off spot is up for grabs.

Could a club still very much associated with the glory days under Brian Clough write a new successful chapter under Sabri Lamouchi?

“At the start of the season, you probably wouldn’t have put Forest in the top six, or even eight. But I’ve watched them a few times this year and Lamouchi is doing a tremendous job.

"The players have a good team spirit and they’ve played really well when I’ve seen them live.

"Forest have got some really good attacking players and defensively they look solid. They’ve got Joe Worrall in there and he was coming through when I coached the under 21s. He’s done really well.

They’ve also got some good experience with Watson in midfield. He’s been there and played important games.

"Attacking-wise they’ve got some creative players and Grabban can always nick you a goal. So if they can get through a two-legged semi then in the final they can beat anyone on their day.”

Following the departure of Martin O’Neill last June, Forest’s appointment of Lamouchi hardly got pulses quickening given that he was an unknown quantity to many and had been out of the game for several months.

His relative success then has been very much against the odds.

“I’ve been very surprised. He’s obviously not got a lot of experience of the Championship which everybody knows is a very tough league.

"He’s come in and done really well and that’s great because there have been a lot of problems over the past couple of years with the owner and managers: they had about six or seven when I was there!”

"He seems to have got a good mix of experienced and young players; English players and foreign players, and he has gelled them into a good team.”

Do you expect Matty Cash to still be a Nottingham Forest player next season if they don't go up?

“He has been very good all year. I really like him and was impressed when I saw him last against West Brom on the telly.

"If they get promoted they’ve got a chance of keeping him because they can offer him more money and a chance to play in the Premier League for such a big club like Forest. That would be hard to turn down.

"But if they don’t get promoted all the big clubs who have been watching him will probably think they can get a bargain. He won’t be on mega-money at Forest and he probably won’t cost that much.

"As for the player himself if playing in the Premier League is a dream of his – and it probably will be – and there is a chance of doubling his money then he’ll be wanting to test himself at the highest level.

"If they do get up Forest will be able to keep their players. If they don’t, they run the risk of losing their best players and Matty Cash is certainly one of them.”

Boro On The Brink

It was in the North-East where Greening established himself as a player to be reckoned with, taking the brave step of leaving Manchester United at the height of their powers.

It helped that it was former Reds assistant coach Steve McClaren who persuaded him to take the leap; newly installed in the Middlesbrough hot-seat.

“I’d been at Manchester United for three years and played 34 times in all the competitions. They had just signed Sebastian Veron for thirty-odd million and Van Nistelrooy for a big fee and I said to Alex Ferguson that I needed to go out and play regularly.

When Steve McClaren went to Middlesbrough he wanted to take myself and Mark Wilson with him and so I knocked on Alex Ferguson’s door and said this was a huge opportunity for me and that I didn’t think I’d play week in, week out because he’d just signed all these world`-class stars.

"He actually offered me a new contract to stay but I told him it wasn’t about that. I was 22 years old and needed to play.”

In his second season so outstanding was Greening’s displays that he received long-overdue international recognition and comfortably won the club’s Player of the Year award; no mean feat considering his team-mates included the sublime Juninho and Alen Boksic.

At the back meanwhile, the vastly experienced Gareth Southgate ran the show. Was it obvious even then that he would go on to manage?

“He was absolutely brilliant with the young lads. You could talk to him about anything. He was a big part of training and was always asking questions during briefings and he was a proper born leader.

"If things weren’t going your way on the pitch he’d help you out. He wasn’t one to shout and bawl but he’d talk to you, giving good advice.

"I always thought he’s make a really good manager and you can see that the players who have stepped up to the England squad really like him. They like his manner and how he speaks to them. And from that, he’s getting the best out of them.”

The Middlesbrough of Greening’s era was a team packed with household names and a club that held genuine European aspirations. Fast-forward to now, however, and it’s a very different, bleaker proposition.

Years of struggle and ever-diminishing investment have left them facing the very real prospect of sliding into the lower leagues and sympathy is absolutely warranted for newbie gaffer Jonathan Woodgate who has it all to do.

Does he have what it takes to save Boro from the ignominy of another relegation?

It’s going to be difficult for him but Steve Gibson has come out and given his support and as an ex-Middlesbrough player I just want them to stay in the Championship.

Like Sunderland, it’s not good to see big clubs go down to League One and hopefully Middlesbrough can hang on in there and rebuild over the summer.”