Ian Harte exclusive: Stam is ready for the Premier League with or without Reading

In May 2015, Ian Harte retired from top class football, after nearly two decades of outstanding service down the left flank. In May 2015, Ian Harte retired from top class football, after nearly two decades of outstanding service down the left flank. A thoroughly modern full-back with a handy habit of scoring spectacular free-kicks, the Republic of Ireland international was an integral part of Leeds United’s European adventures in the early 2000s, as well as being one of only a handful of domestic talent to prove himself abroad, excelling in La Liga for Levante. Here, the defender discusses the varying fortunes of three of his former clubs, starting with Reading’s date with destiny this weekend at Wembley, under a coach heading for the top.

Betting odds and tips for the FA Cup final

Reading between the lines

After less than a year in charge at the Madejski Stadium, the former defensive giant Jaap Stam has transformed the Royals, making them easy on the eye while leading them to an era-defining Championship Play-Off Final at Wembley. Watching his old club with interest throughout 2016/17, Harte has clearly been impressed.

“What he’s done at Reading in such a short space of time shows he’s ready to move on to bigger and better things. Everyone has to start somewhere and that’s the one for him.”

“The style of football is amazing to see; the goalkeeper passing out from the back and everyone comfortable on the ball. If they’re probing down the left and nothing is available, they switch it to the right, and it’s very exciting. I’ve still got a number of great friends at Reading, so I’m delighted to see them in the play-off final.” Inspired by the Dutch ethos of Total Football, Stam’s side has boasted more possession than any other in the Championship this season, leading to much praise for the novice coach. Harte however believes there is significantly more to his managerial style than merely encouraging his players to express themselves.

“I’m sure he’s picked the brains of one of the best managers that we’ll ever see. Sir Alex Ferguson was unbelievable so if you’re a player who has played under him you pick up certain bits and pieces.”

“He’s also a leader. He’s won many things at Manchester United and you wouldn’t want to cross him, so I don’t think he’d stand for much back-chat. Jaap as a player has always been in winning teams. Like Roy Keane, he can’t bear losing and the way he sets his team up to play is really exciting on the eye.”

One of Reading’s brightest stars this term has been veteran striker Yann Kermogant, an ex-team mate of Harte’s who has rolled back the years and reminded all of his immense talent.

“Yann is brilliant. He’s another free-kick specialist. I got on great with him at Bournemouth and he did a similar job too at Charlton. He’s looking to retire I think at the end of next season so he wants promotion and a last great year before he hangs up his boots. He’s had a brilliant season.”

Elsewhere, Jon Swift has impressed as too has converted left-back Jordan Obita, but if Reading are to make genuine strides should they secure promotion this Bank Holiday weekend, they must learn from their previous all-too-short stint in the top flight, where mistakes were made that Harte witnessed first-hand.

“They have just recently got a new owner and the previous one when I was there didn’t invest enough money under Brian McDermott. They gave him five million. To have any chance of staying in the Premier League, the manager needs to be given funds and hopefully that will happen. Every year the gap is getting wider. You’re always trying to compete with the big boys but, in all honesty, you’re only going to be fighting with six to eight teams to avoid relegation. That needs investment.”

A third bite of the cherry

Moving down to the south coast it was at Bournemouth where Harte enjoyed the perfect sign off to his illustrious career as he helped Eddie Howe’s men pull off a fairytale promotion to the Premier League. Just two years later the club has continued to make huge leaps forward to such an extent they are presently being linked with England legend John Terry. Could such a move be likely?

“I think they’ve got every chance. As we’ve seen with Jack Wilshere, many players want to go there because of the style of football that they play, and they have a young manager who is a winner. I’m sure John Terry would have been hurting last season not playing at Chelsea, and he’s still at a good age and fit as a fiddle.”

There is no question that Terry would offer a wealth of invaluable experience to a predominantly young side. Having himself recently been the ‘old stager’ at Dean Court, how important is passing on that know-how?

“It helps massively. When I was there I was older than Eddie and there would be times when he’d pull me aside and say ‘Hartey, I’m not starting you today’ but as a player you have to respect the manager. You’re disappointed of course but you can’t back-chat to the manager because the young lads will see that, and the young lads who maybe looked up to me would do it. So you have to lead by example. Ryan Fraser would often ask me for advice, and Ryan has done ridiculously well breaking into the Scotland team.”

The Chelsea star is not the only seasoned pro reputedly heading due south, with goal-scoring machine Jermain Defoe also on the Cherries radar. It’s a signing that excites Harte.

“Just look at what he’s done this season and the amount of goals that he’s scored. With the style of football Bournemouth play, with creative midfielders always looking to pierce the lines and slide the ball in, he could be amazing for them. They also have Callum Wilson and Josh King – if he stays now – but Defoe has been there and done it throughout his career. He started out as a young lad at Bournemouth and it would be great to see him back in the shirt.”

With two seasons in the top flight now under their belt, and household names reportedly on the way, it’s perhaps tempting to get a little carried away with Bournemouth’s rising trajectory, with the prospect of challenging for Europe next season even being whispered by some. Harte is keen to stress caution.

“For them at the moment it’s all about staying in the league. Finishing ninth this season is an achievement on last year, and I’m sure Eddie has plans to strengthen. He’s the type to scrutinise the players to see if they’ve got the right character so they don’t upset the rest of the lads. But we have to be realistic as well, because it was only seven or eight years ago that the club nearly went out of the football league.” 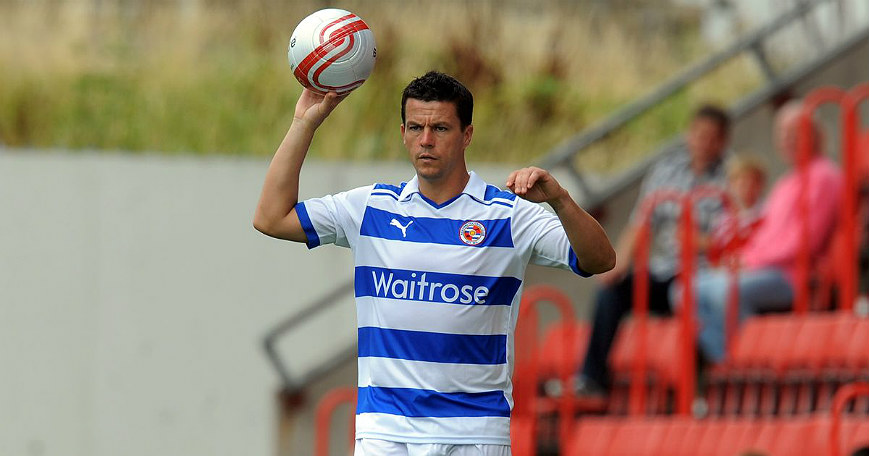 Leeds back on the up

Though the Irish defender played for seven clubs and represented his country on 63 occasions, it is for his long spell at Elland Road where he is most fondly remembered. Having experienced the crazy years of Champions League semi-finals and financial meltdowns, Harte is relieved to see his beloved club steered to a more even keel these days with promotion back to the big time a distinct possibility next season. Does he believe they can do it?

“I definitely do. As long as they keep Garry Monk in charge, then they have a great chance. What he’s done this season has been fantastic and hopefully they can build on that next season.”

We speak only 24 hours after Leeds publicly announced a change in ownership with Harte diplomatic on the controversial Massimo Cellina’s departure and hopeful for what the future now brings.

“I do think it’s in a good place at the moment. I think Mr Cellina did the best that he could – he stabilised it - but it was brilliant to see just yesterday that they’ve been taken over by Andrea Rardizzani, because he’s passionate about the club and wants to get it back into the Premier League.”

The Yorkshire giants would be a very welcome addition to the top flight, most pertinently because their fan-base – so great in number - have a passion like few others.  In fact, having experienced the cauldron of Elland Road on countless occasions, Harte is almost lost for words to describe it.

“People ask me for my favourite game, and it was in the quarter finals of the Champions League against Deportivo. It was a packed house and we won 3-0. I scored a free-kick and after the whole town was buzzing which, to be fair, it has been all this season too. Even when they were in League One, the Leeds fans were special and got behind the club. Let’s hope that with the new owners and some investment the place will be bouncing again.”