Our interesting interview with Jay Bothroyd - scroll down to get his thoughts on some of his former clubs... 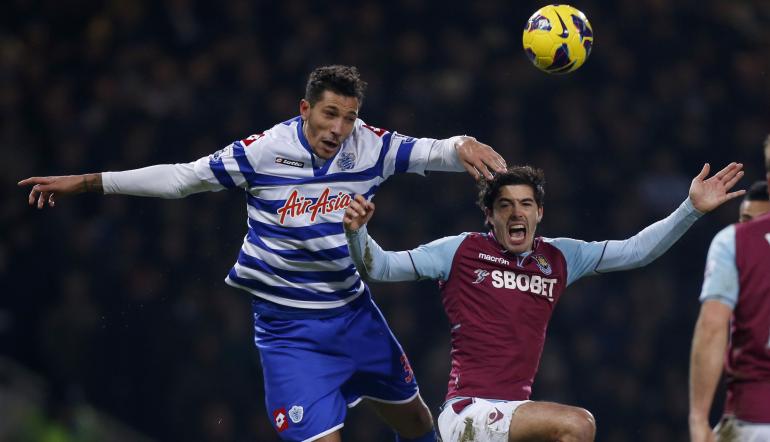 In a career that has spanned twenty years, twelve clubs, three countries and two continents the one consistent thread with Jay Bothroyd is that he has scored wherever he has gone.

Pacey and inventive, the Islington-born striker has troubled defences in the Premier League, Serie A and presently in Japan’s J1 League where he still plies his trade at the ripe age of 37.

“I haven’t really thought about retiring just yet,” he tells 888sport. “When my body starts to fail me I might begin to think what’s next.”

Opinionated, funny and always searingly honest, here the former England international looks back on some of his former clubs and the highly eventful path that has led him to Asia, beginning with a Wolves side he loves to watch, even if they do bring back some painful memories.

Wolves Must Stick Before Twisting

This wonderful Wanderers side that is fast becoming one of the success stories of the top flight is a very different incarnation to the Championship team Bothroyd joined in 2006, following a year-long stint with Perugia in Italy.

Blessed with an astute manager in Nuno Espirito Santo and an array of terrific players the West Midlands club is once again threatening to break into the established elite and while their former hit-man has nothing but admiration for their achievements, he does worry they might yet become victims of their own success.

“I think the manager is fantastic and they’ve got very good players there. They are very hard to beat. I really like the striker Raul Jimenez who has a good all-round game.

"But can they keep hold of these players now? That’s what it’s all about.

"If they start losing their big players Wolves could start slipping down the table and that would be a shame because they have recruited really well and have a solid team and they can break into the top six.”

A pertinent case in point is the aforementioned Jimenez whose eight goals and six assists this season has reportedly attracted the attention of Manchester United this January transfer window.

Seeking a silver lining Bothroyd believes that might finally result in the Mexican getting the credit he is due.

“He doesn’t get recognition because he’s at Wolves. When I look at him he’s a very, very similar player to Firmino but look at the recognition Firmino gets at Liverpool.

"They probably have a similar goal-scoring record and in fact Jiminez probably has more this year. But Wolves aren’t as big a side as Liverpool or Arsenal or Chelsea or the Manchester teams.

"If he went to one of those teams people would start saying he’s one of the best in the world at what he does.”

Viewing their progress from afar Bothroyd’s support is tinged with the fact that he left the club on bad terms, having spectacularly fallen out with the then-manager and current Republic of Ireland boss Mick McCarthy.

It is a dispute that still brings up strong feelings even twelve years on.

“The thing about Mick McCarthy is that he portrays himself a certain way when he’s on the television and people speak to him and think he’s a lovely guy. But for me he’s two-faced. That’s why I didn’t get along with him.

"You had to do things his way or it was the highway. He treated players like schoolchildren. Don’t wear your cap in the canteen. Don’t wear jewellery. I had a nice car and was told not to drive it into training.

"It was ridiculous and had nothing to do with football. Over time he was grinding me down and I was grinding him down and it just came to a head really.”

Keen to stress that his first year in a gold shirt was a contented one – a claim strengthened by a late winner against arch-rivals West Brom that season – Bothroyd eventually became desperate to leave as the acrimony continued.

“To be honest I was delighted to move on from Wolves because the way Mick McCarthy was treating me was just ridiculous. There were things he was doing to me there I don’t think you can do now.

"He was making me go back and train, just running around the pitch with Tony Daley. He took my squad number off me. He made me get changed in a youth team dressing room.

He tried to make my life a living hell basically, just because he wanted me out of the club. There was one time when he brought me on as a sub and I scored a goal and I pointed with one thumb up like a gun.

"He made out like I was being rude and he took me back off. So I was then like, well this guy is an idiot. That’s the kind of thing he did. It was all about him.”

From A Sky Blue To Dark Clouds

On the verge of breaking into Arsene Wenger’s Arsenal side Bothroyd jeopardized his future in North London by throwing his shirt towards the bench on being substituted in a Youth Cup Final.

Indirectly or otherwise this led to an early transfer for the precocious teen who cost Coventry City £1m in the summer of 2000. This was quite a sum back then for an 18-year-old yet to make a professional appearance.

On revisiting his time at Highfield Road the forward highlights the first chapter as his happiest.

“Obviously going to Coventry was a high point. When Gordon Strachan called me and said he wanted me to go there and sign I was really happy because everyone who had worked with Gordon – especially the young players – had flourished. He guided them in a good way.”

Unfortunately, as with his spell at Wolves things began to unravel for the player and this despite finishing his third and final season as the club’s top goal-scorer.

Only this time it was financial considerations beyond his control rather than a personality clash that led to his departure.

"Then the club went into administration and because I was one of the better earners they asked if I would take a pay cut. I didn’t feel like I wanted to take a pay cut so I said if you give me a free transfer I will leave.

"They decided to do that. For me that was good as it gave me the opportunity to go to Serie A.”

The intervening years have hardly been kind on the Sky Blues, with a plummeting down the leagues and a constant state of crisis that has largely been brought about by their deeply unpopular owners.

Their ex striker has watched the calamities unfold in astonishment.

“When I first went there Coventry were a mid-table team with the odd relegation battle but since then there has been a downward spiral and season after season it gets worse and worse.

"The club hasn’t been run correctly. They got into debt and any player that was valued got sold. They don’t have a stadium now and where do they go from there?”

It was at Cardiff that Bothroyd won his singular and cherished England cap, becoming a rarity in receiving international recognition while playing in the second tier.

It was an honour richly deserved after blitzing the Championship that year with an abundance of goals though according to the player himself a team-mate should also share some of the credit.

“When Craig Bellamy came to Cardiff he helped me develop and take my game to another level.

"Seeing how he prepared every day; how he trained and what he ate. What he did before and after training. It made me want to do that and that’s what helped get me into the national team.”

As for the here and now the Welsh side are struggling with inconsistency and this after sacking Neil Warnock earlier this campaign for the very same flaw. Bothroyd insists nothing will change until some serious investment is committed to.

“Warnock was successful with Cardiff but now Harris has come in and it’s difficult for him.

"They don’t have a big squad and I don’t think they’ve got a squad to compete for promotion at the moment. What they need to do now is get rid of the players they don’t fancy and start recruiting and building.

"Then next year, or the year after they need to be thinking about winning the Championship. At the moment though the squad isn’t good enough to do that.”