Lauren EXCLUSIVE With 888sport: Arsenal Must Unite Under Arteta And Look Ahead To Bright Future

888sport sit down with former Arsenal defender Lauren to discuss the Gunners - he believes fans need to get behind Mikel Arteta... 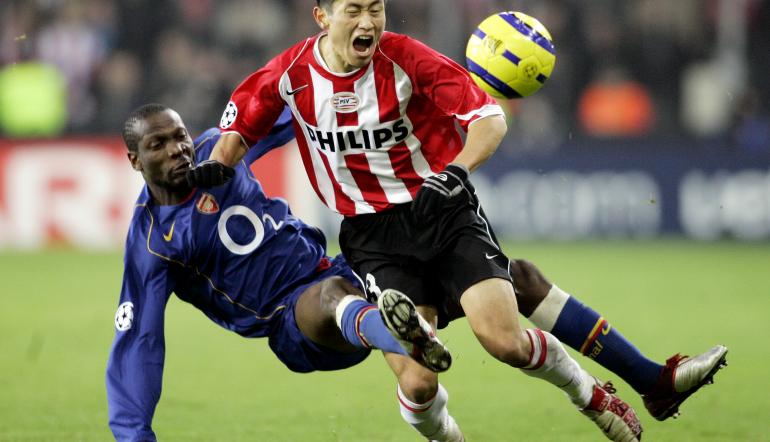 Former Arsenal defender Lauren has called for calmer heads to prevail at the Emirates with the club currently languishing tenth in the Premier League having recently endured their worst run for 42 years.

And for the two-time title winner the healing must begin in the stands.

“The fans always have the right to criticise because they pay every single year but at the moment we need to be united.

"It is easy when the team is winning everything and winning cups to be a fan but in the complicated moments people have to come together: the team, the fans, the board. We have to all come together to get back to the position where we all like to see Arsenal.”

If a more harmonious relationship between the Emirates faithful and their team can only be beneficial what matters most of course are the performances on the pitch and to that end the Gunners have recently dispensed of their struggling manager Unai Emery with Mikel Arteta looking most likely to be his replacement. The 42-year-old Cameroonian approves of their choice.

“Arteta has been an important figure for Arsenal. The captain. He played a lot of good football for us and I wish him all the best if the appointment happens. I hope he can get Arsenal back to winning ways.”

Yet if Arteta offers genuine hope moving forward their problems still reside at the back with the Gunners defence seemingly in a constant state of disarray having conceded 27 times in the league alone.

For Lauren however it is not Sokratis and co who solely deserve the criticism but also the midfield that too often exposes them.

“It has been a long time since Arsenal has dominated the middle of the park. It’s very important and for a while now they haven’t done this. If they don’t control the middle it is very difficult to win against Manchester City and the big games.

"This makes it difficult too for the strikers and the defence. It is harder to score goals and easy for the defence to concede when the middle is not dominated. Finding out why this is brings many different opinions but Arsenal have to find a way.”

If a lack of protection hardly helps matters what has also proven to be the Gunners’ undoing this term is an inability to play out from the back.

Should the unpopular strategy go the same way as Emery now that the club are looking to turn over a new leaf?

“Every manager who was a player under Arsene Wenger will try to play out through the back. Freddie is doing this and it’s not a problem because we’re not conceding goals through playing out from the back.

"This is not an issue. We’re conceding goals through other issues. This is the Arsenal way: trying to play from the back and build up to the opponent’s half and try to score goals.”

On the occasions this has successfully been achieved they have found a striker in red-hot form capable of terrorising one and all. Where would Arsenal be without Pierre-Emerick Aubameyang right now?

"It is very important that they keep him because there are not many players in the market who can score 25 goals a season. It’s a massive thing to keep him and fight for the league in future seasons.”

Talk of the future brings us to the wealth of young attacking talent within the ranks who are not only threatening to steal the spotlight from established, under-achieving stars but offering up significant hope too for seasons ahead.

In particular Lauren has been impressed by a blistering, brilliant Brazilian who was only three years old when Arsenal – and Lauren – became forever Invincible.

“Martinelli shows personality. He shows character. Arsenal fans should be optimistic because the youngsters are coming up and showing a lot of quality and also a lot of ambition. Martinelli takes on players and he has that kind of hunger that we need.

"This guy has a lot of quality, he is quick, and most importantly he has the mentality to be fighting for everything.

"That is very important for a youngster to have that. They might have the technical ability but they also need the mentality and ambition to win things. I like him.”

A consummate pro who spent a decade in the Premier League putting in weekly masterclasses from right-back Lauren’s views on another emerging player are revealing.

It seems that the versatile and highly rated Ainsley Maitland-Niles still has some way to go before making the full-back role his own.

“He’s a good player but like any other young player of his age there is always still a lot to improve because when you have a midfield mentality it takes a while to adapt, stay back and do things the right way.

He is young, eager to learn and I hope he can break into the England squad. He makes good crosses, he beats players and he understands the game.

“When he goes forward he’s a very good player but he can still improve in his defensive duties, but he is young and not the finished product yet. I am sure his determination will help him on that learning process. Then he will be the one for the future.”

With Aubameyang firing on all cylinders and a clutch of fantastically gifted kids showing the way forward there is a lot for Arsenal fans to be excited about even in troubled times.

Yet still we cannot overlook the disappointing results that continue to rack up and the player who many believe should be blamed more than anyone else for them. Step forward the perennial scapegoat Mesut Ozil.

“It is always unfair to point the finger at one striker, one midfielder or one defender. When things don’t go well everyone has to push together and find a way to win and get the three points every weekend.

"Ozil is just one player in the whole team. Sure he is one of the best and has the most quality so gets criticism when the team don't get results. But I am sure his talent can still make the difference”

Throughout our chat Lauren is at pains not to compare his extraordinary team of the 2000s with the present flailing incarnation.

When looking back at what qualities brought so much silverware back in the day however it is hard not to draw a conclusion that the Invincibles and the Invisibles really are chalk and cheese.

“My team had quality, mentality, determination, hunger and ambition all mixed up together. We had fighting spirit and hated to lose and hated to draw.

"To draw 0-0 was like you had lost the game. In my time you also had hunger from the bench. They had the ambition to perform and when they came on you could see it in their face. It is very difficult to have that in a squad of 22 players like today.”

But let’s not end on a negative note. After all, a new manager will soon be at the helm and a new dawn starts over. Have they left it too late though to turn things around in 2019/20?

“There are many points still to play for until the end of the season. It’s not easy because the position right now is not the best but with the many, many points left there is a possibility of top four for sure. I believe they can make it. Why not?”

Who Will Win The Premier League?

Liverpool. They have the momentum.

Who Will Win The Golden Boot?

One of Liverpool’s front three. Salah or Mane.

Lauren
Arsenal
Football Interview
About the Author
By
888sport