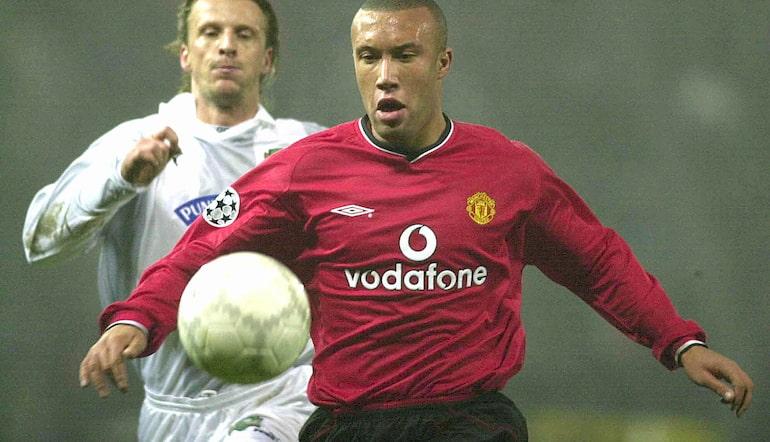 Former Manchester United defender Mikael Silvestre has rejected suggestions that Harry Maguire should be taken out of the firing line after a troubled 2020 so far.

Instead, the five-time Premier League winner thinks it is in the United captain’s best interests to play himself back into form, making himself available for every game that he can.

“I believe It is better to be on the pitch, playing and training because that’s the one place where you forget about everything else and focus on what you enjoy doing. That is playing football.

"Scoring against Newcastle would have been the best remedy for Harry to get back on track and like Ole said, to bounce back. There are so many games coming thick and fast so I hope he grabs this opportunity to put everything behind him.”

The result and performance at St James’ Park will be a huge fillip to a United rear-guard that has the third worst record in the top flight presently and will surely be a big confidence boost to Maguire after seeing red on international duty only a matter of days before.

Yet alongside the ex-Leicester stopper is another defender shorn of belief, someone who happens to play in the same role that Silvestre made his own during nine highly successful years at Old Trafford.

What does Luke Shaw need to do in order to establish himself as the Reds’ go-to left-back?

“With Luke the area where he can perhaps improve is his defensive positioning, especially with Harry and their communication. He can improve his position to protect the space.

"That is important because you need to stop an opponent going into that space. For the rest he has the maturity and experience to manage many, many situations.”

Shaw’s aim was not made any easier by the signing of Alex Telles from Porto earlier this month, a full-back with serious designs on making the first-team jersey his own for the foreseeable future. What does Silvestre make of him?

“I have followed Alex for quite a while so I have seen his progress at Porto and the Brazilian national team. He is going to do well at United.

"At 27 years old you cannot expect him to take a while to adapt because he knows his strengths and his weaknesses and what he can bring defensively into the back line.”

The former French international star has his own experience of a short period of acclimatisation after switching leagues.

Just 24 hours after putting pen to paper on joining Manchester United from Inter Milan in 1999, Silvestre was thrown into the frenetic environs of Anfield by Sir Alex Ferguson.

However, he quickly found his feet amongst a group of players who expected nothing but the best week in, week out and who found consistency in their performances year after year – something this United side are striving for.

“Consistency is key and that is down to the manager of course but most importantly the players must be demanding of each other. When you set a standard in a game you cannot drop that for the next.

"That is valid for an individual but also collectively. The players must be demanding of each other to stay at that level every single game.”

One player who has certainly helped to raise the bar since joining in January is Bruno Fernandes. How important has he becomes to Ole Gunnar Solskjaer’s side?

“He is key to United performances because of his ability to feed the strikers. There are his set pieces too and he is bringing that extra quality that was missing so when he is on top of his game he finds the right pass at the right tempo – he can do everything that Juan (Mata) can but at a quicker pace.

"It is important that he stays fit and carries on doing what he is doing at the moment.”

What the vastly experienced Uruguayan can pass on to the likes of Mason Greenwood might also prove priceless.

“Mason has a very good opportunity to learn from Edinson. What he will see is work-rate for one thing and a player who is always on the move. This provides options for the midfield to feed him.

At the moment Mason is focusing on having the ball at his feet and doing a few step-overs but the other side of the game for a centre-forward is to make yourself disappear then re-appear in the right spot; to take advantage of a defender. That is something that Edinson is really good at.”

If Greenwood is United’s future their current superstar Marcus Rashford has been making headlines as much for his outstanding work off the pitch in tackling child hunger as he has on it creating and scoring goals.

Silvestre has been blown away by the 22-year-old’s tenacity, insisting for good measure that he is also helping to change a negative perception of footballers long held by the general public.

“Marcus’ actions are amazing. He took on this mission by storm and achieved a lot more in a few months than politicians can achieve in a career. That is amazing and fantastic. His new MBE status is fully deserved.”

In 2008, after winning a formidable amount of silverware in Manchester, Silvestre headed to the capital to play under Arsene Wenger, a coach widely credited with revolutionising English football.

Is he seeing any evidence of another revolution begin to take place at the Emirates with Mikel Arteta now in the hot seat?

“As soon as Arteta arrived the mood at Arsenal was positive. Everybody seems happy with the training regime and the changes being made: his philosophy and how he was taking charge of the sessions.

You can see the players are convinced and they are applying themselves to that philosophy. It takes time but they are on the right track by keeping Aubameyang and adding quality to the squad. I think they should end up in the top four.”

If United ultimately join them there by the season’s end you suspect the affable ex-left-back turned centre-back be very happy with that indeed.

I’m not sure yet!