With the pressure building on Arsenal manager Unai Emery, 888sport look at five possible replacements for the Gunners 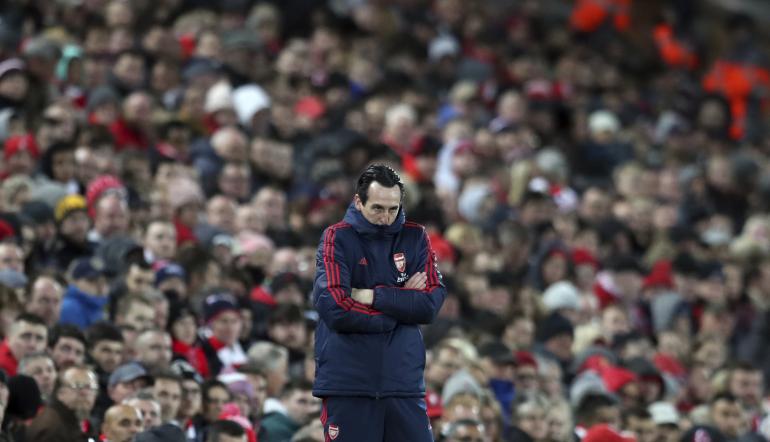 The Unai Emery era at Arsenal hasn’t exactly gone to plan, has it? The Gunners are lacking identity under the Spaniard’s leadership and most Arsenal fans believe that his tenure has been more of a failure than a success.

Since losing 4-1 to Chelsea in May’s Europa League final, the writing has been on the wall for Emery.

Arsenal crashed out of the League Cup to Liverpool’s reserve side less than a month ago and the Gunners are now languishing in sixth spot in the Premier League table.

With an eight-point gap to the top four, Emery’s side may be destined to miss out on Champions League football for the third season in a row.

With that being said, a shock Europa League success would secure a spot in Europe’s elite club competition. At the time of writing, Arsenal are priced at 6/1 to win the competition in 888sport’s European football betting odds.

At this moment in time, an Emery sacking is the likelier option – here are five candidates to replace him at the Emirates Stadium.

A proven manager at the highest level in England and across Europe, Mourinho is probably the first name that springs to mind for Gunners fans.

Currently available at short notice, there would be no need for Arsenal to pay compensation for Mourinho’s services.

Would Mourinho be a hit in north London? That is certainly up for debate.

He tormented the Gunners time and time again during his two spells at Chelsea and his appointment would certainly divide Arsenal supporters. Still, he’s got to be better than Emery… right?

Arsenal could take a punt on the Bournemouth boss but there are major question marks over his ability to lead one of England’s biggest clubs.

Howe has received great praise for his work at Bournemouth but Arsenal are on another level and his resume falls short.

However, you can't build a reputation unless you are given an opportunity and Howe’s style of play will appeal to Gunners fans.

He has moulded Bournemouth into a solid Premier League team and could potentially work wonders with better quality players.

Allegri was a roaring success at Juventus but he stepped down from his manager role after leading the club to its fifth Serie A title in a row.

On paper, Allegri is one of the strongest candidates and most Gunners fans would be willing to give the Italian a chance.

However, the downside is he has never managed outside of his native Italy. Serie A is very different to the Premier League and his style of play might not be suited to England’s top flight.

In terms of style and substance, Ten Hag fits the bill. In some ways, his appointment would be akin to that of Arsene Wenger in 1996.

He isn’t the biggest name on this list but he is better suited than some of the names linked with the Arsenal job.

Ten Hag deserves plenty of credit for his work at Ajax and he could be the man to take the Gunners back to the top of English football.

He is one of the most sought-after managers in world football though and Arsenal may have to get the cheque book out.

Last but not least, we have Enrique. The former Barcelona manager has bags of experience, both at club level and internationally with Spain.

In some ways, Enrique is the complete package and he should be number one on Arsenal’s managerial hit list.

However, Enrique has next to no managerial experience outside of Spain - which is a major negative on his resume.

Arsenal looks like a great fit for the former Spain head coach though and it is quite easy to envision the 49-year-old sitting in the Gunners dugout.