Premier League: 5 Things We Learned So Far This Season

The Premier League table is starting to take shape as we enter October but what are the main lessons to take from the start of the season? 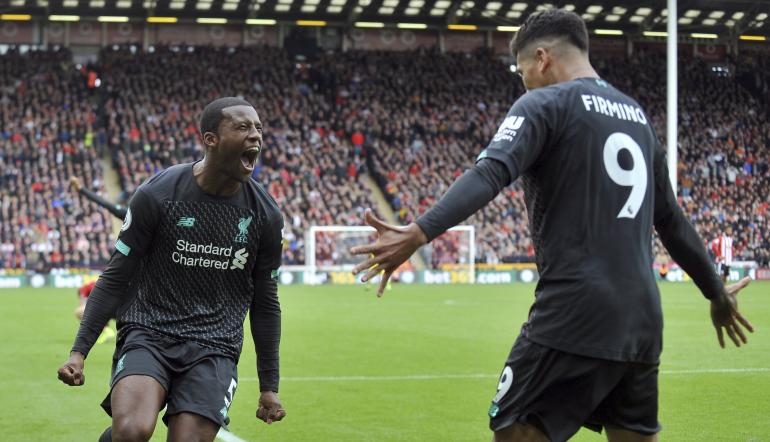 We’re seven games into the 2019/20 Premier League season and there is plenty to ponder on for most clubs.

Manchester City’s defensive frailties have been well-documented while the likes of Arsenal, Tottenham Hotspur and Chelsea have been inconsistent.

There have been a few standout teams: Liverpool have been perfect with seven wins from seven matches while Leicester City and AFC Bournemouth are occupying European places. It has been an enthralling start to the campaign with some of the big boys struggling.

Here, we look at some of the biggest things to take from the opening seven weeks, starting with Liverpool’s remarkable start to the season.

The Reds are now 23/20 to secure their first Premier League title and that looks a huge price given their incredible run of form...

Liverpool fell agonisingly short in their pursuit of Premier League glory last season but the Reds look determined to avoid a similar fate this time around.

Jurgen Klopp’s side are five points clear at the summit and backing against Liverpool would be foolish on current form.

With the joint-best defensive record in England’s top flight, the Reds are primed to go close again in the title race.

With Manchester City plagued by injuries in the early stages of the campaign, Liverpool could build a commanding lead ahead of the busy festive period.

A run of fixtures against Leicester City, Manchester United and Tottenham Hotspur will tell us more about their title credentials…

Watford might be bottom of the table but the signs are already ominous for Newcastle – and it is hard to envision their fortunes changing for the better.

There were question marks over Steve Bruce’s appointment and it would be fair to say that he is yet to endear himself to the St James’ Park faithful.

Newcastle have scored just four goals in seven Premier League games and that might be their downfall come the end of the campaign.

The Magpies are 9/10 in 888sport’s relegation odds to drop down to the Championship and the writing may already be on the wall for Newcastle.

That 5-0 defeat to Leicester City in their most recent Premier League fixture wasn’t good enough and a response is expected.

Speaking of Leicester, they’re doing rather well aren’t they? At the time of writing, Leicester are third in the table and European football is not beyond the realms of possibility.

Brendan Rodgers has done a fantastic job since arriving at the King Power Stadium, with the Foxes picking up 31 Premier League points.

Only Liverpool and Manchester City have acquired more points during the period – which is testament to Leicester’s remarkable run of form under Rodgers.

Youri Tielemans and James Maddison have been wreaking havoc in recent weeks and those two men are key to the Foxes and their top six aspirations.

Leicester fans will be dreaming of a top four finish and a return to the Champions League, and why shouldn’t they? After 2015/16, it would be foolish to write them off.

Norwich are going to need to make the most of their home games this season and the Canaries have made a fantastic start to life in the top flight.

Teemu Pukki has notched six Premier League goals for Norwich, with five of those coming at Carrow Road. He has taken to England’s top flight like a duck to water.

The Canaries have won two of their three home matches this campaign, including a 3-2 win over Manchester City.

Daniel Farke is one of the best in the business at preparing his side for the big stage and we should expect Norwich to challenge the Premier League’s bigger boys at home this season.

Norwich are languishing just outside the relegation zone but that won’t matter to the Carrow Road regulars. Avoiding the drop, even by the skin of their teeth, is all that matters.

What Next For Solskjaer's Manchester United?

For now, Solskjaer’s position looks safe but that could change if United’s struggles continue for much longer. The Red Devils have failed to inspire confidence for most of 2019/20…

As of September 30th, United are 10th in the table. That just isn’t good enough after spending over £140 million to sign Harry Maguire, Aaron Wan-Bissaka and Daniel James.

Solskjaer’s status as a club legend is not under threat just yet but there is a danger that his legacy will be damaged with younger United fans.

The Red Devils are 5/2 to finish in the top four this campaign but it is hard to see United turning things around at this moment in time.

The next few months will be crucial – it is time to see whether Solskjaer’s young guns can sink or swim. Something HAS to change or else United risk missing out on Europe again.