Where does your club's ground rank in our list of the best Premier League stadiums? 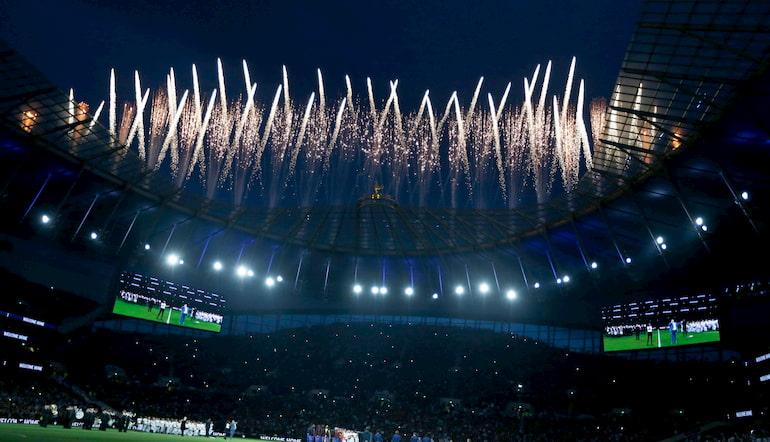 It’s a mix of history, capacity and atmosphere to try and decide between them. The newer venues are barely comparable to those that have been around for decades, playing the perhaps improved comfort off against the heritage of certain arenas.

Some clubs will feature in Premier League news more often than others, and maybe that big-club bias is inevitable when talking about stadia.

Unsurprisingly, a dazzling, dual-purpose stadium in London, takes top spot but here we go from worst to best in our 2020/21 Premier League stadium rankings.

This isn’t the first time there’s been criticism of the London Stadium. It was great for the Olympics and it has hosted Major League Baseball, but it’s a soulless place for Premier League football.

West Ham are not a Premier League betting headliner for next season, and they are yet to realise the aims their owners set out for them when they moved to the London Stadium.

It’s relatively generic as modern stadia often are and doesn’t boast the history of others on this list.

West Brom’s home has seen over 100 years of football. It isn’t the biggest in the Premier League, but with minimal space around the ground, it allows the home fans to get in on the action.

A Premier League classic, Goodison Park has been a staple in the Premier League. Opened in 1895, it is one of the oldest in English football.

Some could call it ‘character’, others would bemoan how it has become rough round the edges. Fans have to deal with obstructions and its far from the prettiest in the league.

Cosy is probably the best word for Turf Moor. Like Stoke’s stadium was in years past, Burnley’s home has developed a reputation as one of the toughest places to visit in the Premier League.

The crowd are right on top of the players and the facilities are much less welcoming than many top players are accustomed to.

After a brilliant second half of last season, Southampton are an interesting football betting team in 2020/21 Premier League markets.

St. Mary’s isn’t the most hostile environment, nor is it the biggest, but as a relatively new stadium it is a pleasant place to visit as a fan.

Manchester City get a fair bit of stick for their crowds, and often deservingly so. The atmosphere isn’t exactly intimidating.

The Etihad Stadium is a beautiful structure, though, and feels like luxury compared to many others. Unfortunately, fans are a long way from the action.

Stamford Bridge doesn’t feel like a stadium that’s over 100 years old. Roman Abramovich’s money has helped out with that.

Chelsea have been looking to expand or move for a decade or so now, though. A capacity of 42,000 is insufficient for a club of their size.

One year ago today, Stamford Bridge was packed out to welcome home Super Frank...
-here's to that future day when the stadium will be full once more & we can all gather again to cheer on the mighty Chelsea!? pic.twitter.com/jUEUNZgabN

The King Power might only have been built in 2002, but it was home to the most extraordinary league title in English football history just a few years ago.

The home fans can build up plenty of noise, though they faced a lot of criticism for the use of clappers.

Another very old stadium, Molineux was opened in 1889, but has obviously undergone major renovations over the years.

Its current capacity of 32,000 is pretty average by Premier League standards. A planned expansion could move it up this list.

Selhurst Park is old school. The fans are packed in and there’s barely space between the touchline and the seats. When Crystal Palace are playing well, it can be surprisingly loud.

The Eagles had a difficult end to 2019/20 – should they be an online betting favourite to get relegated?

Fulham’s ground is as far from hostile as it gets, but Craven Cottage is like no other stadium in the league.

Located on the banks of the River Thames, and with its quaint brick exterior, The Cottage is by far the prettiest stadium in the Premier League.

The Emirates can hold over 60,000, the facilities are among the best in the world and the pitch is pristine.

It gets marked down for atmosphere here. Too often quiet, Arsenal’s home support was much more notable in their Highbury days.

Sheffield United returned to the Premier League with a bang in 2019/20. Chris Wilder has worked wonders at the club to get the Bramall Lane faithful believing again.

Renovations have made sure the ground keeps up to modern standards while remaining unique.

Opened at the end of the 19th century, Villa Park is an iconic stadium.

It has lost a bit of its charm in recent years, and the on-field product has made it a less exciting place to visit, but it still belongs high up on this list.

As a stadium alone, Anfield is unspectacular. It is ordinary looking and an average-ish size, but it has history on its side.

“You’ll Never Walk Alone” echoes around Merseyside on a matchday – Anfield must feature on many a football fan’s bucket list.

Still the biggest stadium in the Premier League, Old Trafford is among the famous sports stadia in the world.

It’s been a while since United were legitimate contenders in the outright winner odds. The Theatre of Dreams is desperate for success.

The St James’ Park crowd is as partisan as they come.

Whether Newcastle are a good side or not, a trip to St James’ is difficult. The stadium can hold over 50,000 and is a focal point of the city, fitting for a football-mad area.

Leeds have retained their boisterous support through the difficult years. Elland Road will be bouncing on their return to the Premier League.

Watch out for Marcelo Bielsa’s men in Premier League predictions. How will they get on in front of a vibrant Elland Road crowd?

It took a while, and Spurs had to play at Wembley for a bit, but the Tottenham Hotspur Stadium is a stunning stadium for football. The pitch can transition from Premier League to NFL when required, too.

Now it’s a question of whether Jose Mourinho can force Tottenham into top four betting and bring Champions League football to their costly stadium.