Which was the greatest season in Premier League history? 888sport look at five standout contenders... 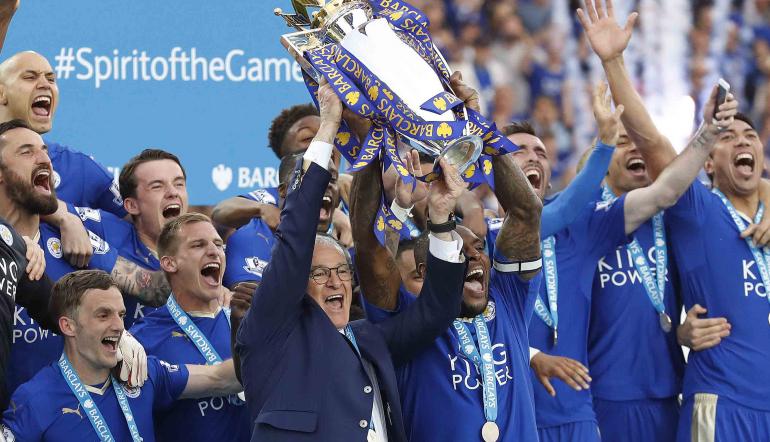 Comparing the best seasons in Premier League history is a popular task whether on a talk show or sat in the pub.

Pitting the best of one era against another is obviously impossible, and forces football betting fans and pundits alike into hypothetical upon hypothetical.

How can the accomplishments in the late 2010s be compared with the early 1990s?

The Premier League is a very different place in 2020 to what it was in 1992 – achievements are naturally going to be viewed differently.

Here are the five greatest team seasons in Premier League history according to our expert correct score prediction tipster:

The year of Kevin Keegan’s infamous rant, the year Newcastle blew a 12-point lead in mid-January to allow Alex Ferguson’s Manchester United to cruise to the title.

The 1995/96 campaign produced historic moments, and it saw Ferguson place faith in the Class of ’92, who went on to become the faces of Manchester United through the final years of the 1990s and the beginning of the noughties.

After winning just two out of nine matches between 27th November and 13th January, the title looked out of reach. Newcastle’s lead was supposedly insurmountable.

While the season might be remembered for the Magpies’ collapse, it was a string of six straight wins through to 4th March that saw United put the pressure on Keegan’s side.

Although they were not the greatest side to win the Premier League title, and didn’t collect records in the way of some others on this list, Manchester United’s title win in 1995/96 was one of the most significant in European football in recent memory.

After selling veterans, the Class of ’92 showed they were ready to lead the team as United became the first English club to win the league and FA Cup double twice.

The invincible campaign of 2003/04 was the peak of Arsene Wenger’s north London tenure.

It was the season the steely pre-Wenger defence met the flowing attacking football masterminded by Wenger, led by Thierry Henry, a player he developed from winger to unstoppable centre forward. Henry scored 30 Premier League goals in 2003/04, eight more than anyone else.

Arsenal didn’t produce any of the highest scoring Premier League games like some of the other great sides, but they frequently won matches comfortably, including a 5-0 demolition of Leeds when the title was within touching distance.

The Gunners made it look easy, never relinquishing top spot from matchday 21 onwards. Chelsea, their nearest challengers, finished 11 points behind.

In another season, Arsenal’s cup journeys play out differently and they end up with a double or treble (they made the semi-finals of the League Cup and FA Cup and fell at the quarter-final stage of the Champions League).

Until Manchester City became the league’s first members of the 100 points club, Chelsea had the highest ever points tally with the 95 clocked in Jose Mourinho’s first season in English football.

It didn’t take long the Special One to live up to his own hype, though they had to wait until matchday 12 to sit atop the table.

A shock loss to Manchester City was their only defeat of the season, but Chelsea bounced back with near-perfection, winning 19 of their next 22 league matches - they were certainly a popular pick in football prediction tips.

The Blues finished the campaign with an historic list of achievements: most clean sheets, most away wins, fewest away goals conceded, most wins and fewest goals conceded. As far as 888 sport predictions go, nobody expected Chelsea to be as dominant as they were.

The defence was miserly. The attack was efficient. Frank Lampard’s goals from midfield saw him win PFA Player of the Year, and it was the beginning of the modern Chelsea, the first year of the Cech-Terry-Lampard-Drogba spine that led the west London club to unprecedented levels of success.

To call Leicester’s 2015/16 title the most improbable of the Premier League era is a goliath-sized understatement. Claudio Ranieri’s appointment was met with scorn after Nigel Pearson had guided Leicester to a great escape.

What Pearson had done was impressive, and with Ranieri under pressure to match that, the Italian set about surpassing expectations to a ludicrous extent.

Jamie Vardy was unleashed by Ranieri, allowed to race behind defences. N’Golo Kante arrived from France with a reputation and stature that did not suggest midfield dominance, but the ever-smiling Frenchman delivered control of the middle third unlike few Premier League players have before.

There were many crucial moments along the way. None more so than the 3-1 win at the Etihad in February, which must go down as one of the biggest wins in Premier League history.

There are plenty of forgettable title wins – no one alive for the 2015/16 season will let Leicester’s glorious campaign slip from their memory.

The first centurions in Premier League history. Manchester City were miles ahead of the chasing pack in 2017/18 as Pep Guardiola strolled to his first league title in English football and seventh of his extraordinary managerial career.

Kevin De Bruyne established himself as not just a wonderful talent, but as the best midfielder in the world.

The foolish questions about if Guardiola’s football would work in the English game were made to look just that. City made the game look intimidatingly easy, smashing Chelsea’s points and goals records. They averaged 66.4% possession.

The 2017/18 version of Manchester City was the most dominant team the Premier League has ever seen. It was the realisation of years of work at the club to not just bring Guardiola in, but craft a squad for him.

Perhaps most crucially for English football in general, the 2017/18 title win opened eyes to Guardiola’s brilliance.

Manchester City might have been 888 prediction football betting favourites to make it three in a row, but that possibility looks to have disappeared with Liverpool's incredible start to the 2019/20 campaign.