Eagles could prove too strong for Newcastle

Much of the focus will be on Liverpool’s contest with Tottenham Hotspur in Sunday’s late afternoon fixture but the battle between Crystal Palace and Newcastle United is intriguing for different reasons.

As of February 4th, three points separates 11th placed Watford and 19th placed Huddersfield Town – a win for either side will see them climb above the Hornets.

Either way, neutrals will be treated to two huge games of football this weekend – and there are plenty of tasty betting markets to get stuck into.

Check out our top tips on the action, including a 47/20 shot ahead of what might be one of the matches of the season at Anfield.

Look no further than Crystal Palace here. The Eagles have lost just once on home soil since the start of October and plenty of punters will be expecting Roy Hodgson’s men to extend that run this weekend.

Newcastle can capitulate away from home and the 21/20 for Palace to score two or more goals is a reasonable price. By the same token, 15/2 for any Newcastle player to be sent off is also worth a second look.

Magpies fans were left seething at Mike Ashley’s lack of financial support for Rafa Benitez in the January transfer window and with good reason.

Newcastle did manage to sign Leicester City striker Islam Slimani but he alone may not be enough to lift the club out of trouble. The visitors MUST get through the first 15 minutes unscathed – an early breakthrough could see the floodgates open.

Unfortunately for Newcastle, I can see Palace grabbing the opening goal and that could spell curtains for Benitez’s side. The Eagles have lost just twice in their last 14 top flight games, with both defeats coming against Arsenal.

Hodgson has had a positive impact since arriving at Selhurst Park and I’m expecting Palace’s resurgence to continue this weekend. 31/20 for the Eagles to take a lead into half-time is a decent price…

Liverpool’s “blip” is over. After losing to bottom-of-the-table Swansea City and crashing out of the FA Cup at the hands of West Bromwich Albion, Jurgen Klopp’s side needed a response and a 3-0 win away at Huddersfield Town silenced a few critics.

With Mohamed Salah and Roberto Firmino in attack, anything is possible and punters may be tempted by the 4/6 on offer for Liverpool to score over 1.5 goals.

Meanwhile, Tottenham were outstanding against Manchester United on Wednesday night – their 2-0 victory flattered the Red Devils if anything. Christian Eriksen grabbed the opening goal of that game after just 11 seconds and the Denmark star is priced at 4/1 to add another strike to his tally for the campaign. 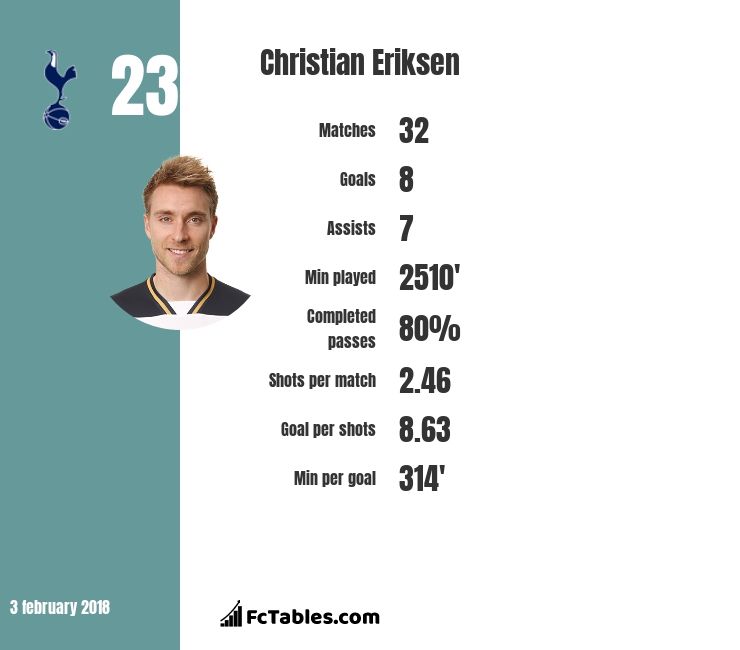 Harry Kane will receive plenty of attention in the betting markets but Eriksen could be the one to watch. Having said that, the England striker has a decent record against Liverpool and may also be worth considering.

Both teams to score looks likely here and that brings the 47/20 for a home win with goals at both ends into play. Klopp’s men are usually reliable at Anfield, especially in the big games and it would take a brave man to back against Liverpool here – even after Spurs’ impressive result in midweek.

This could be a very entertaining game of football if both managers go all out for the win and neutrals won’t want to miss this one.

*Odds subject to change - correct at time of writing*