Top 10 Most Popular Footballers On Social Media In 2021 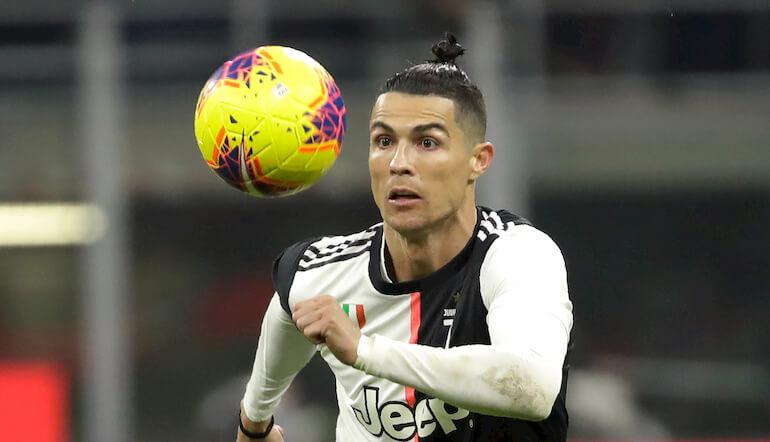 Social media is a major part of everyday life. That’s no different for the world’s most famous football players either, who put a lot of time into how they appear on Facebook, Twitter and Instagram.

Many of the accounts will be run by a media team, but some have a more personal feel. Whether posting the best football jokes or a simple selfie, internationally famous footballers attract plenty of attention on the internet.

Most Popular Footballers On Social Media:

Social media is a tool to not only engage with fans, but can be an extra revenue stream for many on the list below. Instagram, Facebook and Twitter are now lines of business for the most popular players on the planet.

Ranked by their total following across the three biggest social media platforms, here are the most followed footballers in 2021…

Cristiano Ronaldo is absolutely miles clear with almost 420 million social media followers. The Juventus forward has the sixth-most followers on Twitter and is top of the pile on Instagram and Facebook.

Ronaldo’s 122 million Facebook likes put him almost 20 million ahead of anyone else. You don't need to be the king of 888 tips and expert betting tips to know that Ronaldo is number one.

Brazil has a population of over 200 million. Barcelona are one of the biggest clubs in the world.

Paris Saint Germain’s support is growing. It’s a cocktail for a vast social media following, which puts Neymar ahead of Lionel Messi on this list. Neymar has 137 million Instagram followers, more than Katy Perry and Taylor Swift.

He might be considered the greatest ever by many, but Lionel Messi is far from the king of social media, sitting nearly 200 million followers behind his long-time rival Cristiano Ronaldo.

Messi is reserved. He doesn’t thrive the limelight. His social media activity shows that, but he’s still got 90 million likes on Facebook.

The first of two retired football legends on this list, David Beckham’s fame overshadows his career on the pitch.

Now the owner of an MLS franchise, Beckham has a high profile in the United States and across Europe after spells in Los Angeles, Madrid, Paris and Milan.

Few could work magic with a football like Ronaldinho. The former Ballon d’Or winner was universally loved throughout his career, playing the game with joy and tormenting opposition defences.

Ronaldinho’s footwork still goes viral to this day. He is busy on social media too, racking up over 2,000 Instagram posts to his 52 million followers.

James Rodriguez shot to prominence at the 2014 World Cup. The tournament alone saw a marked increase in his following, and subsequently playing for Real Madrid and Bayern Munich will have helped out, too.

James has 31 million likes on Facebook, and over 45 million followers on Instagram. Punters making an 888 prediction this summer will be expecting Rodriguez to move clubs once again...

While not always a popular figure at the Santiago Bernabeu, Gareth Bale has spent several years in the Spanish capital and been at the forefront of European glory.

That’s a combination to accumulate tens of millions of social media followers, particularly when paired with a dazzling Premier League career.

Like most on this list, the majority of Bale’s followers come from Instagram. Over half (43 million) of his 88 million total are on Insta, where he’s posted 877 times including a recent set of keepy-uppies with a golf ball.

The first Spaniard on this list, Andres Iniesta’s following has been boosted by his spell in Japan. Iniesta is one of the greatest midfielders of the 21st century and played in arguably the best club team of all-time.

With 96.6 million engagements in 2019, however, Iniesta gets much less interaction than athletes with smaller followings like Eden Hazard and Steph Curry.

He’s won all there is to be won on the pitch, and while Sergio Ramos might not always be popular for his antics, he’s still collected almost 80 million social media followers.

The World Cup winner is most popular on Instagram with over 38 million followers and nearly 1,800 posts. It’s the busiest of his three accounts and involves a healthy portion of selfies.

Despite a substantial following and the occasional viral post, Ozil is an infrequent poster and doesn’t rank in the top 30 among athletes for the most posts on any of the three platforms in 2019.

One of the most popular 888 sport prediction tips this year will be that the Germany midfielder leaves Arsenal in the coming months...

The social media world is ever-changing but Cristiano Ronaldo is the football king of Instagram, Facebook and Twitter. The Juventus star is one of the greatest footballers of all-time and he leads the way in terms of athletes on social media.

Obviously social media numbers change frequently but our football prediction is that CR7 will take some beating in 2021 social media followers. Could we see Lionel Messi join Twitter to try and eclipse his old foe? Only time will tell...