The 5 Most Shocking Moments In Formula 1 History 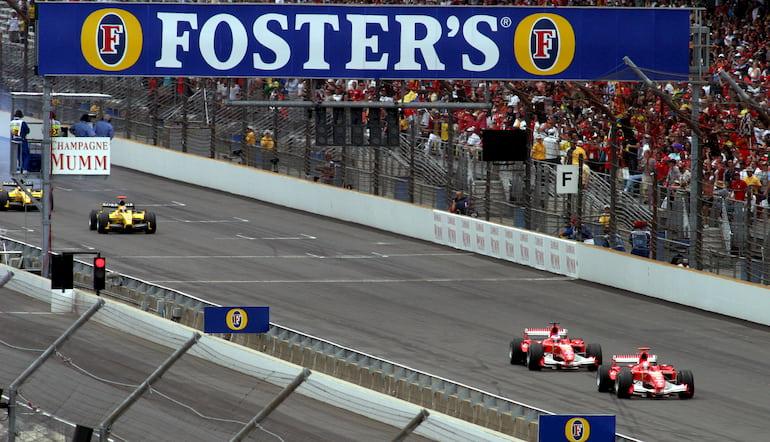 Formula One is a sport of glamour, a world tour that attracts some of the world’s most famous people. Like all sports, it has its fair share of drama, whether surprise, controversy or just bizarre.

The history of the sport is laden with what-ifs, moments that altered careers, changed the course of a season or re-wrote a legacy or two.

There have been shocking moments in recent years, impacting F1 betting online. Others deeper in the sport’s past were just as impactful, though not covered with the same instant reaction of the social media age.

Below are five of the most shocking moments in the history of Formula One, starting with arguably the greatest rivalry ever and a title-deciding crash in Japan…

Ayrton Senna and Alain Prost were a dream pairing when McLaren signed them. The two best drivers on the grid paired together, driving each other onto to a higher standard, should have been perfect.

For McLaren, it was not. For lovers of tension and controversy, it was. McLaren dominated in 1988, winning all but one race.

Senna won the championship thanks to a strange rule, but the two were amicable. It was the next season when it became an issue. The season headed to Japan for the penultimate race.

Senna needed a win to keep his title hopes alive, but when he attempted an overtake late in the lap, Prost closed the gap. The two collided, causing damage to Senna’s car.

We’re used to seeing Lewis Hamilton as a betting favourite. He was immediately competitive in Formula One.

Having come close to an historic Drivers’ Championship in his rookie year, Hamilton was within touching distance of the crown heading into the final race of the season.

He was seven points ahead of Felipe Massa, who was roared on by the Brazilian crowd. Massa needed to win and Hamilton had to finish sixth or lower for the home favourite to win the title.

Massa built a lead, putting Hamilton under pressure. It was such pressure on a young driver, a driver who had all the promise of an all-time great, but faced an immense battle to get over the, metaphorical and literal, line.

With six laps to go, Hamilton was in fourth. Rain started falling, teams were guessing it was going to stay. Everyone except Timo Glock pitted. Hamilton fell to sixth, one place away from the Drivers’ Championship.

It poured down on the final lap. Glock, on dry tyres, had no hope. He was sliding around, and an ice-cool Hamilton caught him.

The Brit made the pass on the final corner to secure his first championship. What a race, what a season, what a driver.

Michael Schumacher holds records aplenty. He’s the most decorated driver in Formula One history, an icon of an era. His career has points of controversy, however; moments that forever live on his CV.

The best in any sport are renowned for their obsessive will to win. A desire to come out on top so great that it provokes less than ideal decisions. It can lead to fall outs. It can upset people.

Schumacher crashed with Damon Hill in 1994 to win the title, and a similar event followed three years later.

Jacques Villeneuve and Schumacher were in a showdown for the title. Villeneuve made a move to pass him, a legitimate overtaking attempt, but Schumacher wasn’t having any of it. He prevented the move, nudging his car to the left and hitting Villeneuve.

The move didn’t work out for Schumacher. Villeneuve finished the race and won the title, while Schumacher was excluded from the championship by the FIA.

No comeback can top Niki Lauda’s. The late, great champion suffered a crash so horrific it belongs in the world of nightmares.

Burned inside his car, trapped in the flames, Lauda’s life was saved by fellow drivers at the 1976 German Grand Prix.

His lungs were damaged from the gases inhaled. His skin horribly burned, and he fell into a coma. Lauda surviving the accident was miraculous. Being cleared to race six weeks later was barely believable.

Making it to the race, getting back in a car, was a remarkable feat. Somehow, he finished fourth.

There are no words for what Lauda had to overcome, both physically and emotionally. It is a level of courage impossible to imagine.

The first Formula One night race in Singapore was not universally popular.

The plan was to expand the sport across the world while still keeping it at a friendly time for the television audiences in Europe (it worked well for people following live betting, too).

Singapore’s track was spectacular, but it was home to a strange and controversial Grand Prix in 2008.

Fernando Alonso won the race, but a conveniently timed crash from Nelson Piquet Jr. was claimed to have been deliberate. The safety car that followed the accident played right into Alonso’s hands.

An investigation followed and Flavio Briattore, one of the sport’s biggest personalities, left Formula One for good.

Formula One Betting Tips
F1
About the Author
By
Sam Cox