The latest Gary Lineker net worth figures value his wealth at £30 million - read more on how much Gary Lineker is worth and his life away from football... 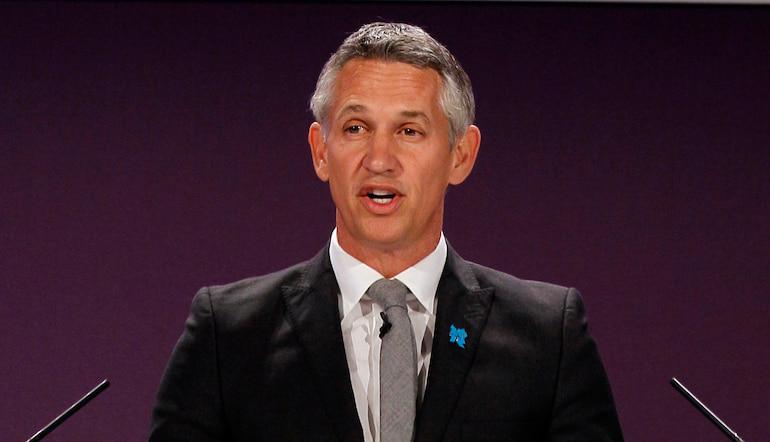 If you’re familiar with betting on football, you’ll be familiar with Gary Lineker. One of the most recognisable faces in the sport, Lineker is here, there and everywhere.

An expert at hitting the right tone, Lineker is the best football broadcaster around. In terms of longevity, he is the presenter that aspiring youngsters look up to.

Much has been made of Gary Lineker salary figures over the years but there is no doubting that he is exceptionally talented. He sets the benchmark for broadcast journalism.

Without further ado, it is time to dive into Lineker’s net worth and personal life. A football icon around the world, he will be sorely missed when he eventually decides to step down.

According to various sources, Gary Lineker wealth is an estimated £30 million. The Match of the Day presenter is known around the world for his role as one of football’s top pundits.

Lineker has an endorsement deal with Walkers Crisps, an agreement that earns the Leicester legend around £1.5 million each year.

Furthermore, Lineker is the face of Champions League football for BT Sport – further enhancing his presenter portfolio, while also contributing a hefty sum to his bank balance.

Born and bred in Leicester, Lineker is proud of his roots and he was football mad from a young age.

In fact, one schoolteacher commented how he would “never make a living” from the sport. It would be fair to state that football prediction was slightly out…

Gary Lineker married Michelle Cockayne in May 1986, with the couple celebrating the birth of four sons during their marriage.

However, they too decided to divorce – with reports stating that Lineker’s stance on not wanting any more children being a key factor in the split.

In the early 1990s, George battled a rare form of leukaemia and survived with the help of those at Great Ormond Street Hospital.

The pair have a close bond, often joking with one another on Twitter and Lineker regularly appears for cancer charities at fundraisers and promotional events.

Wayne Lineker is Gary’s younger brother, though there are just two years between the two siblings.

Wayne has a cult following of his own, with the entrepreneur owning a number of nightlife properties out in Ibiza.

In addition, Wayne Lineker appeared on Celebs go Dating in 2021. Wayne has a rather specific set of requirements for his dream woman but fingers crossed he finds love on the show.

If you could replace one of BBC's pundits today who would it be and who would you replace them with? 🤔#PunditWatch pic.twitter.com/j2dv5LtWSc

Gary Lineker Match Of The Day

Younger football fans will know Lineker predominantly for his work on Match of the Day. The Leicester legend has presented the BBC show since Des Lynam retired in 1999.

Match of the Day is one of the most popular football shows around, with discussion over the title race, relegation battles and Premier League odds ahead of big matches.

Lineker famously declared that he would present Match of the Day in his underpants if his beloved Leicester City won the Premier League title in the 2015/16 campaign.

He duly obliged after Leicester’s miracle success, presenting the first episode of the 2016/17 series in a pair of Leicester boxer shorts. Not quite underpants but we’ll let him off…

Gary Lineker was the highest earning BBC presenter in 2019/20, earning a staggering £1.75 million before taking a 23% pay cut ahead of the new financial year.

The topic of Gary Lineker BBC salary figures has raised eyebrows in the past but the England legend’s earnings are now competitive with his fellow BBC stars.

For example, Radio 2 presenter Zoe Ball has seen her BBC salary soar in recent times. She is now estimated to be one of the top earning female presenters around.

One of the most vocal sportsmen on social media, Lineker isn’t afraid to share his thoughts on his Twitter channel.

At the time of writing, Gary Lineker has 7.8 million Twitter followers and that makes him one of the most followed football pundits on the internet.

With his perfect blend of wit and intellect, Lineker has a unique ability to engage interaction from followers – no matter what the direction of his Tweet.

Football Betting
Football Tips
About the Author
By
Alex McMahon