Who is the best defender in Premier League history? Our expert picks his way through the top 10 defensive stalwarts to grace the top flight... 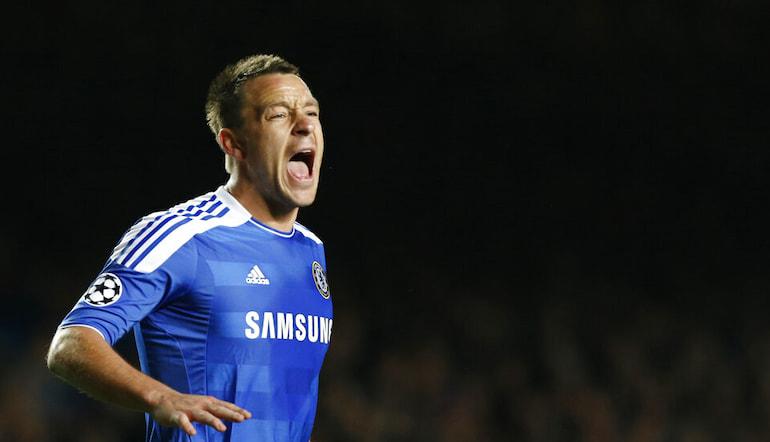 While forwards get the glory and midfielders hog the acclaim, defenders go about their business in a no-nonsense fashion, holding the fort and preventing lethal hit-men from taking aim.

There elite ten sought clean sheets, not plaudits and in the Premier League era were the very best around at keeping the score to nil.

There is room for sentimentality even on hard-headed, stat-driven best of lists.

King may not have won a great deal during his long stint with Tottenham – a solitary League Cup winners medal glinting alone on a shelf – but were it not for chronic knee problems the boy from Bow might now be regarded as the best English centre-back since Bobby Moore.

That’s a bold claim admittedly, but less so when you consider that for most of his 268 club appearances King gave a masterclass in Rolls Royce defending. Furthermore, he made it all look so easy. Like breathing.

Many of those displays were not trained for in the conventional sense, with a special regime designed not to put any stress on a knee that was entirely missing cartilage.

An argument can be put forward that Neville deserves to reside higher on this list. After all, the Bury-born right-back won eight Premier League titles and lifted the Champions League twice.

He was one of the first names down on Sir Alex Ferguson’s team-sheets for the majority of Manchester United’s glory days and more so, ‘G Nev’ made 85 appearances for his country.

A legitimate counterclaim however has it that Neville would not have thrived to any great extent elsewhere and perhaps being ‘Mr Man U’ was his biggest strength. For England meanwhile, a dearth of quality alternatives helped his cause.

That’s not to diminish the player of course, or his outstanding achievements. An overlapping full-back who was tenacious in the tackle, Neville was years ahead of the game.

A monster in the air and a superb reader of danger on the ground, the no-nonsense Serb was the rock on which Manchester United’s success was founded from the mid-2000s on.

Forming a seemingly impenetrable partnership with Rio Ferdinand that evoked silk and steel, Vidic’s impact and influence cannot be under-stated, demonstrated by the player twice winning the Premier League Player of the Season.

Only three other defenders have been voted in for such an honour since the award was conceived in 1995.

In his final season with the Reds, the former Spartak Moscow stopper corralled a side on the decline to yet another title, Vidic’s fifth. Regrettably, all the Premier League predictions suggest it will be sometime yet before United add to their impressive haul.

Campbell’s defection across North London in 2001 remains one of the most inflammatory transfers of all time, with Spurs fans even today unable to speak the name of a player they idolised for close to a decade.

His move to hated rivals Arsenal, on a free transfer, was reportedly made to increase his chances of winning silverware and in that respect it was certainly a successful switch, with two league titles secured along with a trio of FA Cup triumphs.

In 2005, the imposing and pacy centre-back – who can easily lay claim to being one of the best defenders of his generation – played a pivotal role in the Gunners navigating a whole league season unbeaten.

In one half of North London he will forever be deemed a ‘Judas’. In the other, he’s invincible.

Arriving a mere week before Manchester City’s transformative takeover, the likeable Belgian became the project’s heart and soul, ever dignified off the pitch, formidably competitive on it.

A totem at the back, the Blues’ captain and general led his team to numerous honours, including four league crowns and it says much about his standing that he was installed into the PFA Team of the Year for three consecutive seasons.

Rightfully, a statue is now erected outside of the Etihad dedicated to one of the club’s greatest ever servants who did more than anyone in taking them from there to here, a remarkable journey even factoring in the money spent.

Before he came, City were pretenders with huge ambitions. Now next season’s Premier League title odds already have them down as strong favourites.

A classy colossus whose stature is such that strikers appear to be reluctant to take him on one-to-one, Van Dijk has repeatedly been heralded as the best current centre-back in the world and it would take one heck of a contrarian to refute that.

Since moving to Anfield in 2018, the Dutch giant has propelled a remarkable upswing in Liverpool’s fortunes that have seen them win European honours and a Premier League title while his personal merits have been considerable, including a hoovering up of the various player of the year awards in 2019.

By turns Liverpool’s leader and cornerstone, what impresses most from his many attributes is an innate reading of play that at times is eerie. Van Dijk appears to know what an attacker is going to do before he does.

It’s probably just as well that ‘Cashley’ never won any popularity contests because room was sparce in his trophy cabinet, being a key part of title-winning campaigns with two clubs – Arsenal and Chelsea – as well as accruing a host of domestic silverware.

There was also Champions League success with the Blues for good measure. For England meanwhile, the attacking full-back won an astounding 107 caps.

Disliked he may be for making a derogatory comment about his Arsenal wages in his autobiography – a comment that feels pretty tame by today’s standards – but no-one can possibly question Cole’s ability.

He was a modern full-back charged with haring up and down the left flank who for three years or more was the best on the planet in that role.

Adams’ long and illustrious career was a story in two parts.

There was the robust and combative defender of pre-Premier League fame who forever had one arm raised for offside. He was pretty good. A Sunday League player in many senses who was imbued with lots of talent.

Then came his renaissance under Arsene Wenger, a transformation that also coincided with complete abstinence after a sustained period on the sauce.

In the last few chapters of Adams’ Arsenal odyssey, as he magnificently governed a back-line that allowed Henry and co to grab all the headlines, this unique figure finally gained the widespread admiration he always warranted. He was a legend, no less.

Now a respected pundit, the six-time Premier League winner spends his days discussing who might be the next Premier League manager to leave his post or dissecting a team’s poor performance.

Back in his pomp however, Ferdinand did his talking on the pitch, an elegant, technically-blessed centre-back who was highly prized by England due to his continental attributes.

Naturally comfortable in possession, the former West Ham and Leeds ace added a good deal of fortitude to his game on joining Manchester United, making him one of the best, all-round defensive talents this country has produced for many a year.

Even several years post-retirement, ‘Mr Chelsea’ springs to mind when the role of team captain is discussed, and its importance – or otherwise – in the game.

A leader of numerous different Chelsea sides, under numerous different managers, across his two decades of employment at the Bridge, Terry demanded only the highest standards from team-mates because that was what he invested himself on a weekly basis.

In his first year as skipper in 2004/05, the Blues broke a record for the fewest goals conceded in a Premier League season, a feat that stands to his day.

Twelve years later, he signed off a trophy-laden career by once again collecting a league winners medal. Yet, for all the emphasis on his captaincy, Terry also happened to be a sublimely talented defender, composed and immense.