Who is the greatest goalkeeper in Premier League history? Our expert picks his way through the top 10 shot stoppers to grace the top flight 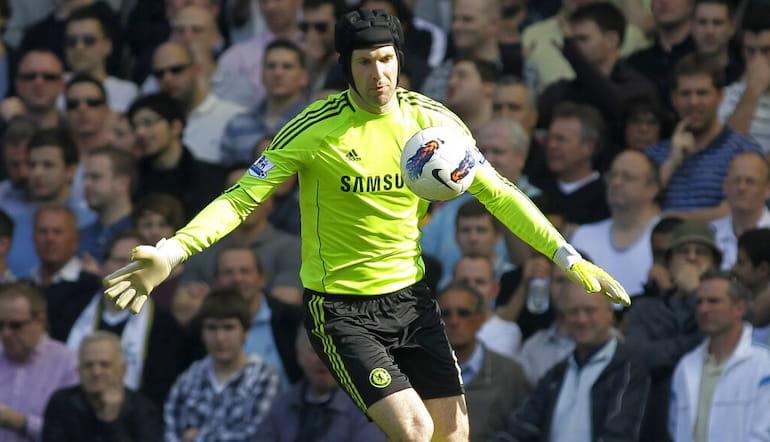 The Premier League has been stewarded by some truly sublime goalkeepers in its thirty years of existence and, in addition to their rarefied brilliance, what stands out is how very different they are.

Some were naturally gifted shot-stoppers. Others intimidated by their presence alone. A couple or more changed the game as we knew it, reimagining their craft.

These ten did all of the above while keeping clean sheets as the norm. These ten were little short of magnificent.

Hart’s career went into a tailspin when Pep Guardiola deemed his distribution not up to scratch for the extravagant blueprint being put in place at Manchester City.

Within a few short years, a long-established England number one found himself third choice at Spurs after failing to make any headway at Burnley.

What should not be forgotten however, is Hart’s four Golden Glove merits, with the Shropshire stopper being only one of two top-flight keepers to reach that number.

His bolstering of City’s rise to domestic dominance saw him win a brace of Premier League titles while his 75 caps for England is a true testament to his talent.

The Spanish shot-stopper may have benefited from playing behind a well-drilled Rafa Benitez back-line at Anfield but that doesn’t detract from his immense standing in the game. Undoubtedly, Reina was a keeper of genuine quality.

Ever-reliable and secure enough to keep flashy saves to a minimum, none of his peers kept more clean sheets across three consecutive seasons in the mid-2000s in a period that saw Liverpool challenge at the top, falling just short each time.

Our Premier League predictions tip the Reds to do even better next term.

Arguably, Reina’s biggest strength was his distribution and by playing out from the back he was at the vanguard of the ‘sweeper-keeper’ revolution.

The Premier League odds outright for next season have yet to be determined, with summer transfers always a consideration. But would anyone be surprised if Liverpool aren’t priced up as favourites, along with Manchester City?

One of the main reasons for this lies in the form of a bearded, rather handsome chap who along with Virgil Van Dijk has made the Reds a formidable defensive force in recent years.

In 2021/22, Jurgen Klopp’s men kept clean sheets in 55% of their Premier League games, the same percentage as four years earlier when the Brazilian joined the club for £71.6m, a then world record for a keeper.

Some raised eyebrows at that amount. They don’t anymore.

After joining Manchester United from the MLS in 2003, the American was in danger of seeing his reputation forever tarnished from a mixed stint at Old Trafford.

An impressive opening to his Premier League account soon gave way to individual mistakes that were greatly exaggerated due to United’s status.

However, after three inconsistent years Howard was on his way to Goodison Park, generally considered a decent stopper but with an error in him.

Only at Everton his stock soared, keeping 116 clean sheets in 354 appearances and searing himself into our memories as a rock-solid number one. For his longevity and yes, his consistency, Howard is a shoo-in for this list.

Friedel. Howard. Kasey Keller. The English top-flight has been blessed with some fantastic American keepers in modern times and very possibly the best of them all was the former, Liverpool, Blackburn Aston Villa and Spurs star.

A superb shot-stopper with razor-sharp reflexes, the 6ft 3 giant’s main asset lay in his calm dominance of his area, an ownership that derived not just from his sheer presence but also good communication.

An all-too-scant trophy haul over 18 years shouldn’t take anything away from how dexterous and dependable he was.

According to legend, Martyn was ‘scouted’ by Bristol Rovers’ tea lady who took in a local game while holidaying in Cornwall.

From such humble beginnings, his story took in England honours and so many outstanding performances for Everton that it once prompted David Moyes to call the sometimes-moustachioed keeper his ‘greatest ever signing.’

It was apt that the Cornish star ended up at Goodison after similarly impressing at Crystal Palace and Leeds because he always had a touch of the Neville Southalls about him.

Distinctly unshowy in personality and somewhat shabby in appearance on the pitch, Martyn – like the great Welshman – also possessed the ability to regularly pull off saves that defied all logic.

For Fulham and Manchester United, the Dutchman introduced continental goalkeeping to our shores, having adhered to a ‘sweeper-keeper’ style long before it came into vogue.

Indeed, Manuel Neuer, the doyen of the methodology has gone on record, crediting Van Der Sar with pioneering what in time altered the whole landscape of goalkeeping.

Whether he had the ball at his feet or was reacting to a 25-yard thunderbolt bound for the top corner, the ex-Ajax giant did everything is such a composed and consummate manner.

For this reason, he was included in the PFA Team of the Year on three occasions.

These days, Arsenal feature prominently in our Premier League top four odds because, frankly, that’s the best that can be expected of them. Qualifying for a Champions League spot is their ultimate objective.

Back in the days of ‘Safe Hands’ however, with the reliably brilliant Yorkshireman situated behind one of the most famous back-fours in the game’s long annals, the Gunners were routinely in the mix for titles, with three won during Seaman’s tenure as well as a wealth of other trophies, domestic and European.

His heroics in an England jersey made the affable custodian almost a national institution, but it was on the North Bank where he was most feted.

In 2004/05, Jose Mourinho’s Chelsea were breached a mere 15 times, a record that still stands as the fewest goals conceded in a Premier League season. That equates to a goal every 228 minutes across eight imperious months.

Looking back, was it any wonder opponents struggled to break through, what with Claude Makelele so energetically impactful in midfield they eventually named a position after him, and John Terry and Ricardo Carvalho sublime in the heart of defence.

And if a miracle occurred and these players were beaten then a striker faced one of the greatest goalkeepers of this, or any, era.

That parsimonious year was Cech’s introduction to English football and the commanding displays continued for a decade and a half. Along with Joe Hart, the towering Czech is the only keeper to rack up four Golden Gloves.

It surprises that the ‘Great Dane’ was a perfectly human 6 ft 3 because so vast was his presence that in his prime the Manchester United legend nigh-on filled the goal.

From his unique – but later much-copied – star jump saves, to his vocal rebuking of anything shy of perfection, Schmeichel’s excellence has become indelibly entwined with United’s astonishing rise to dominance to the extent where it’s impossible to imagine the Champions League successes and multiple title triumphs without him.

Sir Alex Ferguson has described his £500,000 capture from Brondby as the ‘bargain of the century’. Not many would disagree.