Who is the best midfielder in Premier League history? Our expert picks his way through the top 10 midfield maestros to grace the top flight... 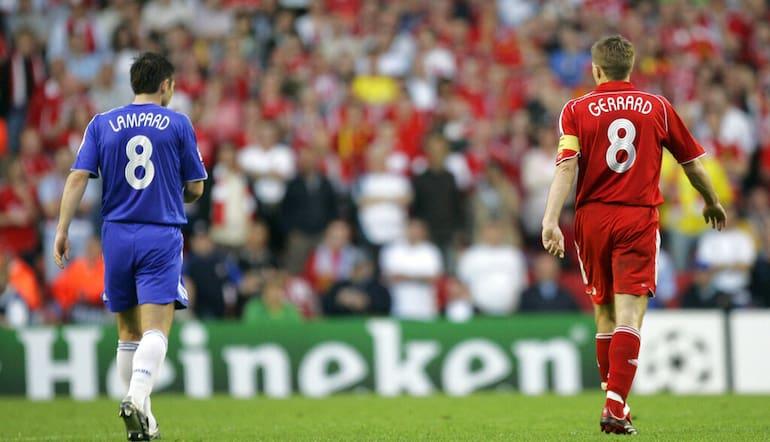 From box to box they dictate the tempo and run the show.

The centre-circle is theirs and theirs alone. Influential midfielders are worth their weight in gold and goodness knows the collective value of these magnificent ten, the very best holders, scrappers, and schemers to ever grace a Premier League pitch.

Leicester’s signing of Kante, for £5.6m from Caen in 2015 must go down as one of the greatest transfers ever made in the Premier League era.

Without missing a beat, this largely unknown entity from France’s second tier endlessly hustled and bustled in the heart of the Foxes midfield, his astonishing stamina a pivotal factor in their fairy tale title triumph.

He then moved to Chelsea and wasted little time in propelling them to league success while scooping that season’s Premier League Player of the Year award into the bargain.

After energising the Blues to Champions League glory in 2021, Thomas Tuchel said: “If you play with N’Golo, you have half a man more. This is unique.” No truer words have been spoken.

Seventy per cent of the planet is covered by water. Across five trophy-laden years with Chelsea, Makelele covered the rest.

Once described as the Blues’ ‘battery’ by Claudi Ranieri the French Duracell bunny really came into his own under Jose Mourinho, deployed as a ‘holder’ but also given license to put out fires anywhere on the pitch.

Blessed with excellent distribution it meant the French star was as much a creative force as a destructive one.

Yet still, it’s for his defensive qualities that he is most fondly remembered and very few players, before or since, have better protected a back-line. For this reason an actual position was named after him with inferior fare these days handed the ‘Makelele role’.

Many critics believed ‘Merlin’ would struggle when he joined Manchester City in 2010. He was too slight of build. Too continental.

Amidst the frenetic environs of English football his craftmanship would amount to a kite in a hurricane and it was widely felt that the Spanish artisan would have to change his game to survive.

In the event, the player instead bent English football to his will. Opponents couldn’t physically intimidate him because they couldn’t get near him as he floated into half-spaces, immaculately controlling a pass at any pace, and linking up play.

A decade on and every team now has a David Silva type. They’re just nowhere near as good.

A product of Barcelona’s famed La Masia academy, Fabregas moved to London at the age of 16 and set about establishing himself as a complete modern midfielder.

First at Arsenal, then later at Chelsea, the player who was equally adept ‘sitting’ as marauding forward, won two league titles and two FA Cups, his playmaking in particular marking him down as a genuine great of this century.

Fabregas proudly holds a place in the Guinness Book of Records for reaching a hundred assists in the Premier League faster than anyone else.

Suited, booted, and clean shaven, Keane now spends his days making Premier League predictions in his role as a pundit for Sky. Back in the day he made history.

A ferociously driven competitor, the Irishman’s skirmishes with Patrick Vieira and a considerable number of others have gone down in legend but it would be remiss to focus only on his battling qualities.

Keane was a sublime box-to-box talent whose energy, passing range and leadership lay at the heart of Manchester United’s astounding success in the Nineties and early 2000s. Seven league title medals is testament to that.

The Premier League winner odds were short for Manchester City this season before a ball had been kicked and a sizable reason for that lay in their possession of the Belgian maestro, a player who unquestionably stands head and shoulders above the rest right now for sheer all-round ability.

Indeed, when assessing his many gifts, it is striking how De Bruyne’s skill-sets are comparable to the giants who preceded him. His passing is the equal of Scholes, a widely acknowledged master of the trade.

The manner in which he takes games by the scruff of the neck and inspires team-mates brings to mind Gerrard. His high volume of assists and goal-scoring acumen will be keenly appreciated by Lampard.

So why is he only fifth you may ask? It’s because the others have fully realised their masterpieces. De Bruyne still has at least a couple of chapters to write.

The ‘Ginger Pirlo’ would be higher on this list if only he could time a tackle, a failing that barely tainted his majestic output overall but absolutely left cuts and bruises on opponent’s ankles.

With the ball at his feet however, has there been a more technically gifted English player in our lifetime? Scholes could land a cross-field pass onto a pinhead then race into the box to finish off the move with an artful finish.

He was everything to Sir Alex Ferguson’s all-conquering Manchester United; the conductor to the symphonies created at Old Trafford throughout the Premier League’s golden age.

At the start of 2021/22 the Crystal Palace gaffer was short-priced in the next Premier League manager to be sacked odds. By the season’s end he was proudly on the shortlist for Premier League Manager of the Year.

Anyone who witnessed the French World Cup winner completely boss top-flight centre-circles for nine years with Arsenal would have known it was folly to under-estimate this colossus of a man, a midfielder so impactful the Gunners are still desperately trying to replace him 17 years on from his departure.

A perfect concoction of silk, steel, long limbs and the right kind of arrogance, Vieira bestrode the pristine turf of Highbury with an entitlement born of possessing rare talent.

For just shy of 17 years, Stevie G was the catalyst for all that was good and sometimes magnificent about Liverpool, an all-action Roy of the Rovers type whose driving runs and spectacular long-range efforts are treasured still on Merseyside.

A local boy with the club very much engraved into his heart and soul, Gerrard gave everything for the red shirt on 504 occasions, most memorably a Champions League final display in 2005 where his refusal to accept defeat led to a remarkable comeback over AC Milan.

A similarly defiant performance in a FA Cup final against West Ham – complete with a last-minute equaliser from distance – led to the game forever being known as the ‘Gerrard Final’ but in truth these examples are just two of a great many where the impassioned midfielder single-handedly hauled his team to higher heights.

In the autumn of 2012, Chelsea hammered Aston Villa 8-0, a result that is unsurprisingly one of the biggest home wins in Premier League history. Eight years earlier, the Blues romped to a league title, losing only once all season.

These two examples of ruthless Chelsea dominance, achieved at very different periods of the Premier League, have one thing in common, or more accurately one incredible footballer.

Frank Lampard was his club’s leading goal-scorer in that vintage title-winning year.

In fact, he was their leading scorer a lot, five times in total, despite residing in midfield and having lethal practitioners such as Didier Drogba and Diego Costa playing advanced of him. Lampard won the FWA Player of the Year merit that season.

Nearly a decade later the same player was instrumental in that rout over a hapless Villa, scoring one of his 177 top-flight career goals, a figure only better by five legends, all out-and-out strikers.