What is the biggest margin of victory for a home side in Premier League history? We look at the 10 largest home wins in the top flight... 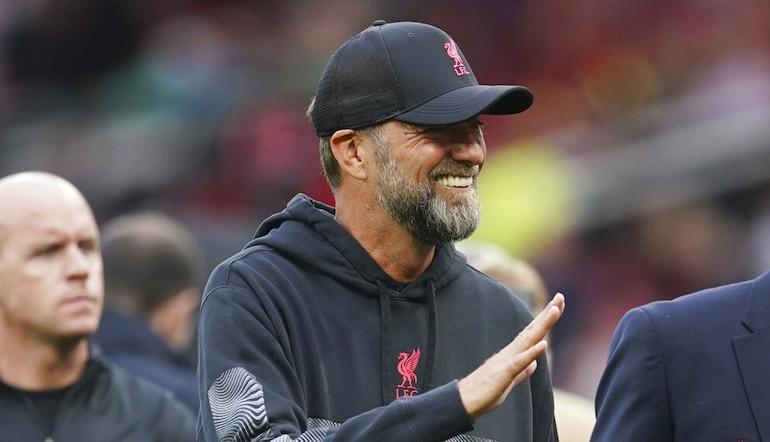 The teams at the top of Premier League winner betting aren’t always racking up heavy wins.

In fact, many of the biggest home wins in Premier League history were recorded by sides that were known for their entertainment over their results.

There have been eight 7-0 home wins in Premier League history, which would have been tied for the 10th spot on this list.

Two took place less than two months apart towards the end of 2021, with Manchester City hammering Leeds and Chelsea thrashing Norwich. Here are the other biggest home wins in Premier League history.

A result that has become a meme since the influx of money at Manchester City, this 8-1 win for Middlesbrough is a reminder of a different era.

Boro were a couple of years removed from a jaunt to the UEFA Cup final. Manchester City were a mid-table side.

Richard Dunne was sent off in the first half with Stewart Downing scoring the resulting penalty. Afonso Alves scored a second before the interval, then the floodgates opened in the second half with Alves completing an improbable hat-trick.

Boro actually finished 13 points behind City that season, but this hefty May win is the most memorable result from the campaign for either side.

It was only fitting that the league’s all-time leading scorer was the star man on the day – five of Alan Shearer’s 260 Premier League goals came against Sheffield Wednesday on 18th September 1999.

Newcastle finished the season way off the top six pace, and Shearer was ultimately second in the Golden Boot race. Sheffield Wednesday, meanwhile, were relegated after losing 23 of their 38 league matches.

Knowing a win would secure the Premier League title, Carlo Ancelotti’s Chelsea got the job done in spectacular fashion.

Nicolas Anelka eased the nerves with a goal after 10 minutes, and a red card for Gary Caldwell before the break made it one-way traffic from the on.

Frank Lampard converted the resulting penalty and it was the Didier Drogba show in the second 45. The Ivorian was at the peak of his powers, finishing with a hat-trick and landing the Golden Boot.

It was a new-look Blues team by this point, and they remarkably had seven different goal scorers for the first seven goals.

Lampard was again on the score sheet, as was Fernando Torres with a rare league goal for Chelsea. Unlike so many on this list, Aston Villa don’t even have the excuse of a red card. This was a complete collapse from the Midlands club.

Southampton ultimately finished seventh in 2014/15. Sunderland were, once again, in the midst of a fierce relegation battle. The Black Cats stayed up despite suffering a brutal defeat at St Mary’s in October.

On this occasion though, Santiago Vergini’s comical own goal was a sign of things to come.

Graziano Pelle and Jack Cork scored before half-time, and the home team added to Sunderland’s pain throughout the second half with Pelle scoring another and two more own goals from the visitors.

It’s no surprise to see Pep Guardiola’s Manchester City feature here. It’s a bit more surprising that Bernardo Silva was the hat-trick hero on the day rather than Sergio Aguero.

Gabriel Jesus and Raheem Sterling didn’t even make off the bench, which goes to show just how great this City squad is/was.

This wasn’t exactly a Premier League predictions upset, but often City are superior like they were in this match and cruise to a three or four-goal win.

For some reason, they seemed to push that bit harder to clock an eight-goal victory against Watford in September 2019.

Harry Redknapp’s Tottenham were 1-0 up at half-time thanks to a Peter Crouch goal.

Everything was looking routine for the north London club. By the 58th minute, it was 4-1, with Jermain Defoe scoring a seven-minute hat-trick.

The match was over from a football prediction perspective, but Spurs didn’t let up. Aaron Lennon and Defoe scored a couple more before the 70th minute before Defoe added his fifth with just a couple of minutes remaining.

A Chris Kirkland own goal and a strike from Niko Kranjcar finished off a demolition job by the home side.

Standing alone as the biggest home win in Premier League history for over a decade, Manchester United’s 9-0 drubbing of Ipswich saw Andy Cole become the first player in the Premier League era to score five goals in a match.

This defeat was one of many for Ipswich as they finished bottom of the league with a whopping 93 goals conceded.

The Red Devils, meanwhile, were pipped to the league title by Blackburn, and Cole only scored 16 other league goals throughout the campaign.

Also featured in the biggest away wins in Premier League history, Southampton have the unfortunate distinction of suffering two 9-0 defeats.

This hammering at Old Trafford was the second of the two. Ralph Hasenhuttl’s team were only four down at half-time, but playing almost the whole match with 10 men, they were staring down the barrel.

Jan Bednarek was given his marching orders just before added time, leaving Saints with nine.

A Bruno Fernandes penalty before goals from Anthony Martial and Dan James took it from a heavy 6-0 loss to a piece of Premier League history at Old Trafford.

Liverpool were rampant in a nine-goal mauling of AFC Bournemouth in August 2022 though it may come as a surprise to hear that Mohamed Salah failed to get his name on the scoresheet.

The Reds were razor sharp from the first minute and it wasn't long until Luis Diaz opened the scoring. From there, it went from bad to worse for the newly promoted Cherries...

Jurgen Klopp's side headed into the contest off the back of a defeat to arch rivals Manchester United and it looked like the hosts wanted to put on a show for the Anfield crowd.

Roberto Firmino was heavily involved throughout, recording three assists and notching two goals of his own in what will go down as a famous fixture in Premier League history.