Who is the greatest manager in Premier League history? From Jurgen Klopp to Sir Alex Ferguson, we look at the best football managers in England's top flight. 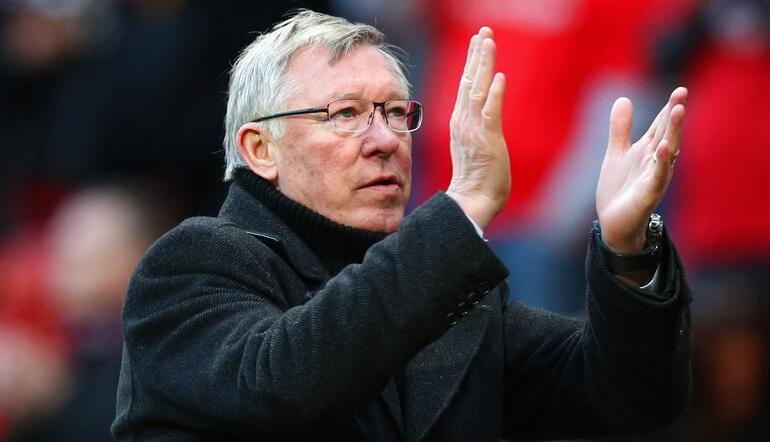 Selecting the ten best coaches to have ever prowled a Premier League technical area naturally leads us to the number of titles won, the most obvious barometer to determine a manager’s greatness.

Yet there are other considerations too, not least other trophies lifted during the Premier League era.

Then there’s the sheer volume of matches won while personality counts also, to reflect the impact an individual has made on the domestic game as it exploded into being the billion-pound, all-engrossing industry we know today.

Lastly, we should not overlook that some managers were not fortunate enough to inherit a big club with huge resources. Punching above your weight is an admirable achievement in itself.

It’s only right and proper if you disagree with at least two of our choices below, so subjective is this list. Here though are our tremendous ten.

With a career-long mandate to put out sides that aspired to win games, rather than avoid defeat, Redknapp gave us a wealth of memorable moments and some thoroughly entertaining teams during his long tenure at the top.

Only two other managers – Arsene Wenger and Sir Alex Ferguson – have presided over more Premier League victories and there were plenty of high points from his rollercoaster stints with Portsmouth, Spurs, QPR, Southampton and West Ham, most notably a FA Cup triumph with Pompey. 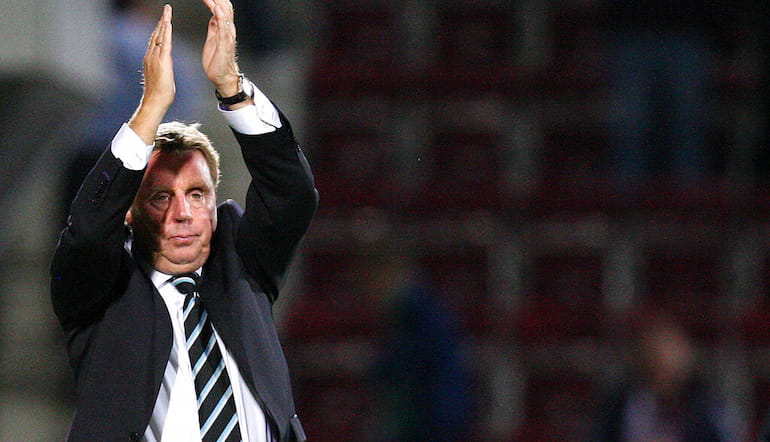 Also worthy of mention is a remarkable relegation escape pulled off on the south coast in 2006 that earned him the nickname of ‘Harry Houdini’.

The latest Premier League relegation odds have Everton firmly in the frame right now to drop and what the Toffees wouldn’t give to have Frank Lampard’s Uncle ‘Arry offer up some of his patented managerial magic.

By leading West Ham to consecutive high finishes, Moyes has enjoyed an unlikely reputational resurgence after being cast as a failure following his disastrous short spell at Manchester United.

It should not be forgotten however what the ‘Moyesiah’ achieved across a decade at Goodison Park, establishing Everton as a top eight club on a limited budget, even breaking into the hallowed top four on one occasion.

A weighty 618 Premier League games in charge of Everton, United and the Hammers is testament not only to his longevity but to his highly respected acumen.

A touch of recency bias perhaps but from all of Chelsea’s short-term success stories in the dug-out – of which there have been a handful – the Italian’s impact was arguably the most impressive, in the league at least.

Having inherited an unholy mess left behind by Jose Mourinho, Conte moulded a formidable outfit in 2017 that romped to a title at the first time of asking, amassing 93 points along the way. 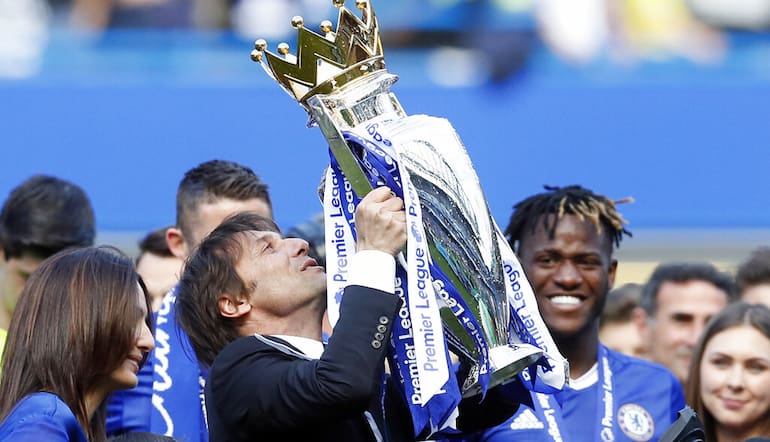 The following campaign brought the FA Cup to the Bridge and though the suspiciously hirsute boss is known for leaving clubs in dramatic fashion the good times are typically very good indeed.

Now with Spurs, to illustrate Conte’s managerial brilliance he recently took charge of his 100th Premier League game, completing a win percentage for that number only bettered by Pep Guardiola and Mourinho.

Alas, our Premier League predictions suggest it will be a long while yet before he repeats his title-winning feat in North London.

Previously demeaned as the ‘Tinkerman’ from his four years with Chelsea, that saw the Blues’ vast squad fully utilized, Ranieri’s appointment at Leicester was greeted with widespread scepticism coming so soon after a terrible tenure in charge of the Greek national side.

Immediately, the likeable Italian won over his critics, displaying his usual charm before remarkably, incredibly, nay unbelievably he transformed a Foxes side that had narrowly avoided relegation just months earlier into genuine title contenders.

In ultimately lifting the trophy that May, Leicester not only shook the footballing world off its axis, but they defied pre-season odds that equated to Elvis coming back from the dead.

Among the sheer disbelief that accompanied their fairy tale a small detail was overlooked then and now. That Ranieri the ‘Tinkerman’ used fewer players that season than any of his peers.

Until Jurgen Klopp came along and lit an almighty fuse under Liverpool FC, Benitez could lay claim to having created the best Reds side in the Premier League era.

It was a brilliant eleven that contained a famed midfield three of Mascherano, Gerrard and Alonso that finished runner-up in 2009, losing just twice all season. 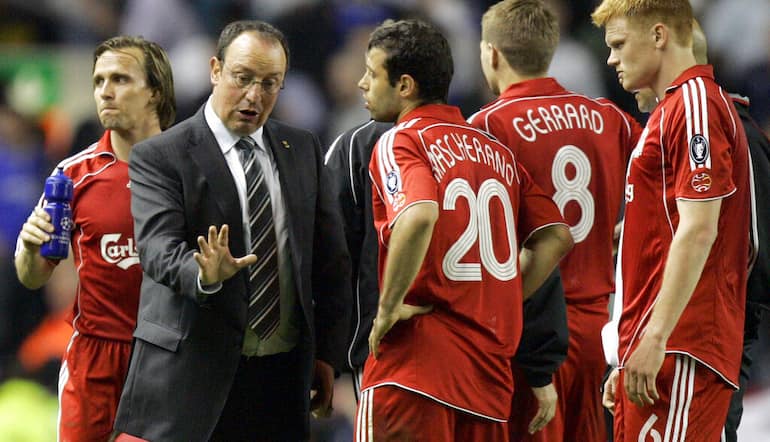 It is however for the Spaniard’s Champions League exploits that he scores so highly here.

Granted, lifting the big-eared trophy in 2005 is doing a lot of heavy lifting when balanced out by subsequent hit-and-miss spells at Newcastle and Everton, but his influence behind that astonishing second-half comeback in Istanbul will forever take some beating.

When the German arrived on Merseyside in October 2015, he was widely lauded as the coach responsible for usurping Bayern Munich in the Bundesliga with a Borussia Dortmund side whose ferocious pressurizing of opponents in the final third was known as ‘gegenpress’.

Consequently, the then 48-year-old came with high expectations.

Nobody though could have possibly predicted the extreme extent in which Klopp would transform Liverpool’s fortunes, implementing a winning formula and constructing a fabulous team that would see a first Premier League crown and a sixth European Cup/Champions League sparkle in Anfield’s already crammed trophy cabinet.

The Reds were mid-table and flailing when he took over. They’re now very possibly the most fearsome football creation in the world.

The ‘Special One’ may be a fading force these days, chiefly associated with leaving clubs in acrimonious circumstances, but it’s impossible to over-state the size of his footprint on English football. 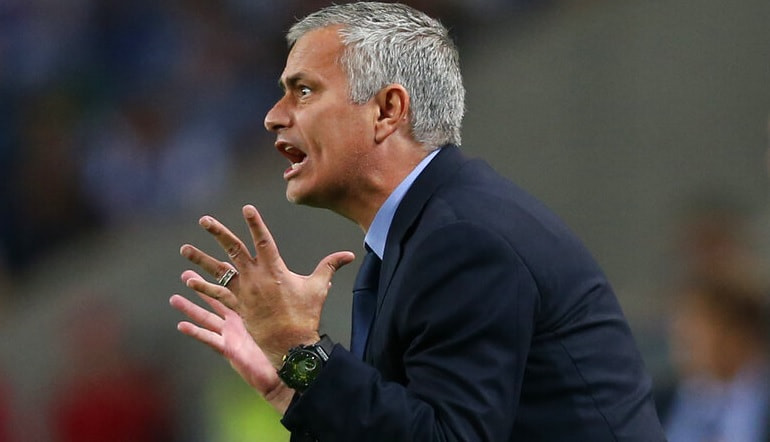 A box-office personality and as shrewd a tactician as ever was, Mourinho arrived at Stamford Bridge a Champions League winner having upset the odds with Porto and set about turning the Blues into a dominant title-winning machine.

Smashing all manner of long-standing records on route, for defensive fortitude and winning streaks, it’s fair to say the ultra-pragmatic Portuguese legend achieved his intention and more.

There are three distinct strands to Wenger’s genius that largely overlap.

The first and most obvious outstanding trait that ‘Le Professeur’ possessed was his ability to assemble out-of-this-world football teams and then govern them to success.

This he did on more than one occasion with the Gunners, winning three league titles and even guiding them in 2004 across a long and demanding season unbeaten.

The erudite Frenchman also had a rare ability to reimagine players for the better. This he did most famously with Thierry Henry; a decent winger at Juventus, a phenomenal and peerless striker at Arsenal.

His final gift was one that hugely benefited the domestic game as a whole as Wenger revolutionised the entire set-up at Arsenal, introducing a level of professionalism not before seen, from diet to player’s mindsets.

The rest followed because frankly if you’re going to copy, copy from a genius.

That’s because for the past two seasons the all-conquering Blues haven’t played with a traditional centre-forward, a role that has been pivotal to any team’s formation since the sport’s inception. 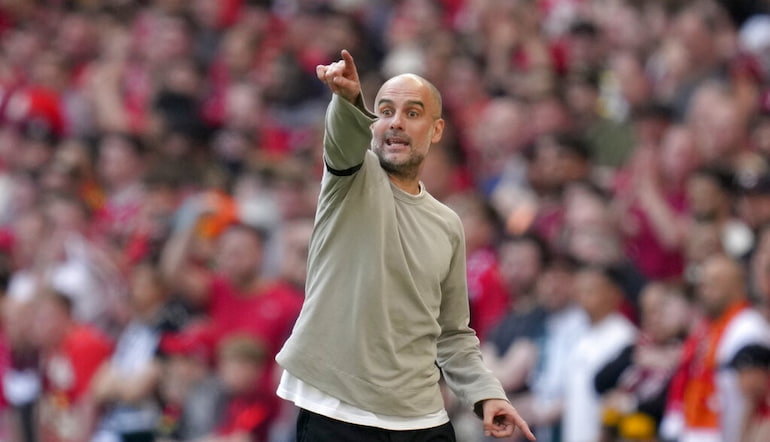 That City have still dominated the English game regardless, winning titles and other domestic honours year-on-year and accumulating points at an unprecedented scale, is conclusive proof – if proof were ever needed – that the folically challenged Catalan is a visionary and a rather talented one at that.

On arriving in the Premier League his insistence on playing out from the back was roundly derided. Now every team does it as the norm. His insistence on trusting two ballers in midfield, instead of one, was greeted with scepticism. Now its par for the course.

Like Wenger, Guardiola leads the way and the rest fall in line, thereby making the game as a whole infinitely more beautiful. We should probably get him a thank you card when he leaves.

By some distance, the scary Scot is – and will likely always be – the most successful British manager of all time, winning a staggering 13 Premier League crowns and two Champions League triumphs throughout his 27 years at Old Trafford, as well as more domestic honours than can be counted on both hands and feet.

The buccaneering style of football he so adored was installed and reinstalled time and again at Manchester United as one sensational side was replaced by another and if the Reds’ astonishing trophy haul demonstrates their sustained superiority so too does the roll-call of legends that emerged from this period.

Cantona, Giggs, Keane, Schmeichel. The names trip off the tongue.

As for their opponents, the best of them were routinely bettered while the meekest surrendered, with a nine-goal thumping of Ipswich in 1995 coming to mind. It remains one of the biggest home wins in Premier League history.

That incidentally, was just one of 528 wins overseen by a manager who truly broke the mould.